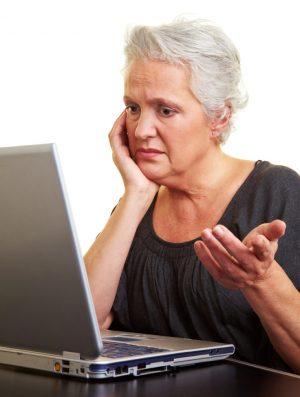 In this article, with your permission, I’ll teach you a little bit of real thinking. How to think. A thinking move. So you can get more aware, and have a lot better life, a lot better results in life than without having some ability to think… or specifically this ability I’ll teach.

OK, the topic we’ll dig deep on is frustration.

But before I go on, let me share something that happened to me when I was around 29.

I had a new boy friend, 13 years older than me, very accomplished in life, and like all Virgos, willing to look, willing to teach, willing to engage.

I was an architect already, by the way. 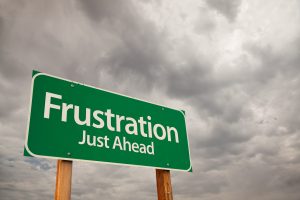 One day he sat me down and said: “I can see that your parents didn’t talk to you, so you don’t know how the world works…”

It was true, my parents never taught me much of anything. My parents were both Aquarius… the big difference between horoscope signs is staggering.

“Anyway,” he continued, “when a guy asks if you invite him for a cup of coffee, he means sex.”

I was stunned. I was dumbfounded.

I didn’t know. I took what they said, what anybody said, verbatim, and was always surprised, always frustrated when they wanted sex.

I was, thank god, humble enough to be taught. And that little bit of teaching changed my life.

I pondered it a lot. And I saw that I was judging everything from my own vantage point, and expected the world to think the way I thoughts, have the same values I had, and fall in step with me.

Here is the thinking tool I want to teach you. Speculation.

You see, what I discovered after that conversation with that boy friend is that I had no idea what or how people thought. I had no idea about the rules of the world, because you pretty much don’t know anything unless you are taught.

So I had a degree, or by that time one could say degrees, but I was a dummy. Not street smart. Not smart at all.

Now, even if you had a teacher, even if they taught you everything, this thinking tool is still valuable.

Ask the question: What must they be thinking? What must be their rule that I don’t know, that they must behave.

When I say “rule”, it can be a societal, a cultural rule: a meme.

Memes are in effect rules. Rules of engagement, rules of how to be in the world, what to do, how to do it.

So it must have been a meme I didn’t have that if a woman is willing to have coffee with you then she is willing to go to bed with you. Pretty, eh?

Example: you are my 67 step coaching program student and you are at step 50, and I suggest that you go back to step 1.

What must be the rule I am obeying that is invisible to you, that VIOLATES your world view, and yet I am calm and collected about it. I MUST be living by a whole different set of rules… what are they?

This is where curiosity, if you can muster it, is invaluable.

Curiosity is the enemy of frustration. You cannot be curious and frustrated at the same time.

Now, this is valuable, and your life can change for the better, including your relationships.

But here is another use of this same tool, that if you can learn to use it, you’ll be on your way to high vibration.

OK, here you go: What must be the rule, what must be the meme I am honoring here… that I am frustrated, bummed out, resigned, hopeless, suicidal, angry, etc.?

This is, in effect, a thinking version of the Amish Horse Training Method. Instead of listening, you figure it out. And THEN you hear it.

In order for this to work, you must first be clear, that everything is a meme.

You are born empty. No memes. No rules. No nothing… That is what we call innocence.

So anything that sounds like a rule in your head, is a meme.

Even the meme I have chosen for my guidance is a meme: “The spirit only wants that there be flying…” Meme. It says: You should be flying. Rule. And unless you fly, you are wrong, a subpar human… worthless.

That second part is the under the water, the immersed part of the meme. The nasty part.

I talk a lot about the chicken coop… where the other chickens won’t let you climb out of it… they prefer to kill you.
Or you can your the bucket of crabs if you prefer…

The wiring of the chicken coop is memes.

I learned that meme from an amazing and mighty confronting book, The White Tiger… An Indian book, from India.

In that story a boy is born to a caste of bakers, and the only profession that is available to him, by the caste system, is baking cookies and bread.

He is good in school and loves learning, but at age 12 (if I remember correctly) he is taken out of school, and has to work. Bake… to support his family.

Later he works, he is a servant, in a rich household.

He learns, early on, that the only way to climb higher (bucket of crabs) is on the shoulders of others… and he does. I don’t want to tell you the whole story, I want you to read it.

And then, at some point, he kills his employer and steals the money he is transporting.

He starts a business with the money. He calls himself a social entrepreneur.

Now, in India, to keep people straight, they threaten to punish their family… and they do.

The “moral” dilemma he has is this: am I to sacrifice my own life for the life of my family?

He chooses not to sacrifice his life.

Now, you need to know that sacrifice, and family, and what is more important than you are all memes.

Life comes without memes, and life demands that you do what you can to survive and have lots of offspring who also survive…

Life is the genes.

Confronting, eh? But what is it confronting? It is confronting the moral memes.

All moral memes are invented by people. All of them. “They” will say they come from god, but they are lying. There is no god, and that’s that.

Some rules, like traffic rules, are designed to make life easier.
Most rules are designed by people who will not consider it binding to themselves… they are the rules to keep the chicken in the chicken coop.

Now, why is this tool, asking “what is the meme I am obeying?” so radical and effective?

Because this gives you a choice. It knocks you awake, and it puts you in the driver seat.

And watch out, every teacher, especially spiritual teachers will do nothing more than plant more and more memes in your consciousness.

Landmark’s main meme is “making a difference”. You should figure out what memes your church, what your parents, what your cult, what your favorite “spiritual” teacher tell you you must adhere to.

You need to become a meme hunter, and then become someone who chooses for yourself.

The question, what you will do if you are left with a pile of money in a dark room will reveal the conflicting rules you live by.

Some 35 years ago I was in a psychiatric group. The big circle… One day it was my turn to speak. What I said is this: “If people were given free access to weapons and ammo, and were told that for three days they can use the weapons and there will be no consequences, I say, all would kill someone.”

I was thrown out of the “big circle” because my speaking wasn’t politically correct. I violated a meme that we don’t talk about the truth, the real truth, that we obey the chicken coop truth…

I was never one to do that… So I became a persona non grata, and undesirable person.

But that is also a good starting point for inquiry: if that is painful, what rule does it violate? That I should be liked by everyone? lol.

I think that a good life begins with being free to be yourself. With no outside rules forced on you.

Now, one more thing to share and then I’ll let you go to play with this:

I have a student who was impatient, and frustrated, and wanted to live life in big jumps, when he first came to me.

And he remained that, impatient, for a long time… until…

He wanted to start another business that would be a better match for his considerable skills. He decided to ask me and pay me to guide him in that.

I said yes and decided to be a participant with him, a partner, instead of an outsider, a kibitz… talking from the sidelines without any skin in the game.

And a magical time began: I was building what he was building, a physical product business. And I am patient. I don’t jump. And I don’t expect instant success, I like to build something that lasts… I am a building foundation type of person.

And the magic is happening: he is now patient, and is building something that will last… no hurry, no frustration.

Unbelievable… The result of removing some memes through discussion and through modeling.

A life worth living is a life built on solid foundation, not some flimsy memes.

But as long as you are not even clear about the memes that run your life, you cannot build a life worth living.

The thinking tool I taught you in this article is your best ally in that.

4 thoughts on “Want to learn how to live a frustration free life?”