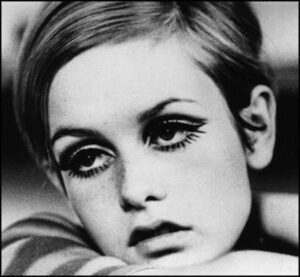 I have a next door neighbor who feels miserable most of the time. As an empath I am forced to feel it. No escape. Can’t cloak myself, can’t shield myself.

Yesterday, at 10 am she went into massive fear mode… So I had the idea to test if I can use the Heaven on Earth to ease her distress. I downloaded and pushed Heaven on Earth, the energies, across the two driveways to her, and it eased her misery considerably. To bearable level.

But then, a few hours later, she had a new wave of misery… this time it was anxiety… so I asked Source “what’s wrong with her that she has so many bad feeling for so much of her day?”

I noticed that my question to Source already revealed a “meme”… there must be something wrong with her to feel so bad.

I found, after several questions to get to a yes/no answer that what is wrong with her is that she thinks there is something wrong with her. 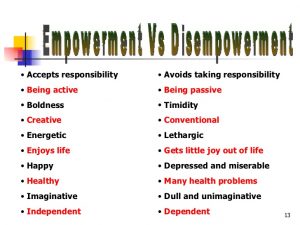 You always think that there is something wrong with you. This is why any critical word immediately resonates with you, and creates the familiar reaction: anger for some, resistance for some, and despair for most.

They are all a reaction to a meme you did not distinguish as a meme. You heard it like the truth.

And this could be the crux of your life, the keystone that holds the miserable structure together, you call you. 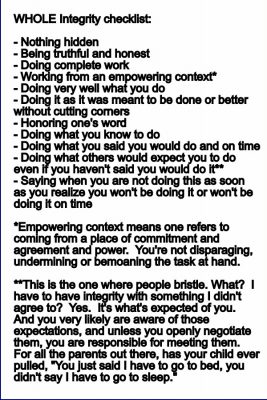 With this meme, heard as the truth, “something must be wrong with me”, you can’t have a good life. You cannot have integrity.

I had a conversation with a client yesterday who was stunned that her integrity is as low as 7%. That is 7 on a scale of 1-100!

She does everything she is supposed to do, even on time, she smiles, she is kind to everyone, she is on time… and yet.

Everyone misses the cornerstone of integrity: you do everything, EVERYTHING inside an disempowering context.

So what the hell is an disempowering context?

Let’s start with the easy part, what is empowering?

Empowering is when you feel you are OK. You are allowed to be yourself, you and your world are humming along, and there is no have to, need to, want to and no should. Life is working as it is supposed to.

You are in your power…

Now let’s see what is disempowering? What takes your power away?

I know it sounds impossible to live differently… But remember when you were a young child and you got up in the morning not because you had to?

The moment there is a “because” you are not empowered, you are not acting from your power. You act from the because… i.e. you are not cause, you are an effect. The word after “because” has the power. It is the cause. Not you.

Your experience of life is that you don’t have power. You are powerless. Choiceless. Less than human.

This is the price you pay.

It is easy to see this in the getting up example. When you get up and start your day, and there is “no because” to getting up, your attitude to your own life is full of possibility and good feelings… The becauses, on the other hand, act like forces, like nudges, like a dark force… and your whole day starts with either one way or the other.

You either have the bull by the horns, or the bull has you. No third choice.

The because is the default context, at this point you probably don’t even know another one.

What you want to get is this: someone with less becauses has a more empowered life… Here are some examples from my own life:

I normally get up when I wake up. I have a preference to wake up early, but what time I actually wake up depends on when I fell asleep the night before.

Yesterday I woke up at 8:30. Today at 6:30. I had to work on my attitude yesterday… it felt like I already missed half a day… not an empowering context.

Some mornings it is very cold in my apartment. Like today. 45 degrees. That is cold. 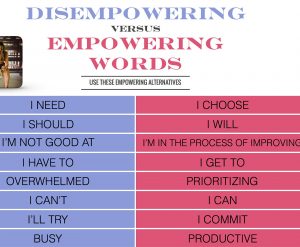 Then, upon getting out of the warm bed, I cheerfully say to myself: “Time to make the donuts”… I don’t know what that means, I don’t know why, but it makes me smile… Donuts indicate to me that I have a role in life, that my life needs me. I love it. And it’s funny.

Obviously I don’t make donuts, it is just a cheerful saying. That starts the day on the right foot. My life is calling to me.

Here is another one. Just as significant as my morning routine:

Some 14 years ago a woman called me and asked if she could offer me some coaching. Of course, I said.

She then taught me about what she’d learned in Catholic school about lying overtly and lying covertly. And about gossiping.

Because, she said, I was a liar and a gossip.

I was stunned. We talked for a long time. I could see that inside her definition of lying and gossiping I was doing both. And even though I was very justified to lie and gossip, I could see that it had a cost… it set my life on a miserable foundation.

What made the conversation extraordinary is my attitude to feedback. Because she bothered to call me, and because she bothered to educate me, in spite of the unpleasant content, I felt that she saw me bigger than I saw myself. And in her picture of me those actions were a chink in my armor, a blemish, a smallness.

I took on myself to see myself the way she saw me, and inside that context I started to work on lying and gossiping. I am still working on it. Inside the same context. 1 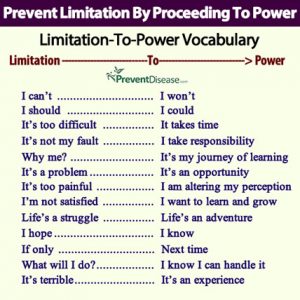 She probably has forgotten it since, but I haven’t. I am still grateful.

I always watch out and seek out guidance from people who see me bigger than I see myself. I am looking at every feedback as guidance. Because they can see where I fall short of who I could be. And honestly, I still don’t care what THEIR CONTEXT is… I only care about MY CONTEXT. I have 100% control over my context.

I am totally empowered by their feedback. Even if it stings first.

My job is to become the best i can be in a lifetime. Very empowering context for me.

The 30% is when I do things because… or when I am offended… or when I feel put upon.

It’s still a lot. I can only imagine what it must be like to be like that, miserable, 93% of the time.

Some of you have your level integrity in the 1% range… My heart goes out for you.

I hope that you can hear that any version, any variety, any indication of wrong creates a disempowering context. 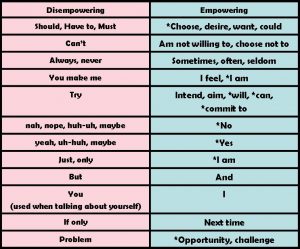 This creates a life where you have no reality, no solid ground, no certainty. Life isn’t what life is supposed to be. you are not what you are supposed or ought to be. And misery ensues. Envy, desire, hate, regret, shame, guilt, hurry, impatience, frustration.

You life is lived in a disempowering context. Some of you can’t see it, because it is only made visible to you through the feelings you have.

And the myriad of memes, all the ways you are not and you should be. All the ways the world is not, and it should be.

When I say: without integrity nothing works, this is what I mean.

A life without integrity cannot work… because it is wretched.

Your job is to go back to the root and get that A is A… it is as simple as that.

Your checking account balance is a number. You may not like it, but that doesn’t make it wrong.

But your mind, because of some memes say: if you resist it it will change… But A is A. You can make it into B later, and then it will be B is B… But it will never be A is B… Never.

That is not possible in a world run by physical laws.

Accepting that A is A is the most grounding, the most satisfying experience.

You should try it sometime. It can be your first foray into integrity.

PS: I just saw what the missing 30% from my integrity is:

it is when I don’t want to feel others’ feelings, because they are imposed on me. When I want to feel different… hah, what a find! lol.