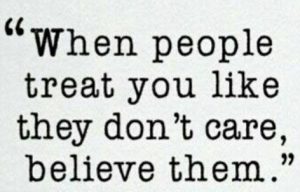 We behave as if that were not true, if we yell loud enough, if we assert our claims enough, if we pretend that it’s a mistake, etc.

I see it on clients, students all the time.

I did a Bach profile for a brand new person this morning. His “linchpin” Bach Energy is the Peacock. Peacock is one of these “I deserve to be beautiful because I eat poisonous berries for breakfast, lunch and dinner.” It is the 40th Bach Energy® Dr. Edward Bach didn’t find before he died. I did. I also found the Yew… #39. The toxic person. Desire to receive for the self alone…

If they listened to themselves they would say:… Are you crazy? Stop eating that stuff, it will kill you!

But no, they feel like a hero doing what they are doing. But they are dead, deadened heroes.

A is A… no heroism in dying from poisonous berries…

…or in a human’s case interacting with the world as it is all about you… that will kill ya… but it will be slow and unpleasant.

I am playing Freecell to digest the lesson… and I see something. If I reshuffle the cards in a hopeless looking situation on the cardboard, if there is an escape, I will be able to see it.

I have seen this countless times before, but because my linchpin Bach Energy is Gentian, I go to hopeless very fast. And what is in common in all hopeless, is not even looking. Giving up. The donkey in Winnie the Pooh. You didn’t think it was me… I hide it well, don’t I?

The other day I did the Bach Profile for someone. Her linchpin Bach Energy was Oak… the tireless servitude flower. Joyless, in order to.

Look how much I work, now give me what I want.

Who they are talking to I don’t know. But the world, Life, doesn’t work that way. Just because your attitude is joyless servitude, what you produce is not a higher value than if you produced it whistling and singing. Just the opposite.

An “Oak” person will also consider their need a badge of honor that earns them what they need.

But they are always disappointed.

In the world of A is A, in reality, you get what you earned. And when you look from the vantage point of the only person who decides the value of things, the recipient, you moaning, and efforting, and being a martyr reduces the value of what you produced, often to the degree that there is no value left.

If you keep on proving how much you need something, and how much good you’ll do with it, you live in a world of A is not-A. La la land.

No amount of talking, no amount of claiming how much you need something, will magically transform a not-A to A.

99% of the world lives as if need mattered. As if being needy earned them something.

Pity is a word with two faces. One face, the public face, looks nice. The private face of pity is contempt. The pitiing feeling smug about being better, more, and lucky not to be the pitied person’s shoes.

That is what you are buying.

I don’t have to wear two faces… so my contempt shows. You earned it if it goes towards you. It probably means you think complaining, and saying you cannot will earn you as much as actually doing the darn thing you are complaining about.

I watched a video of a talk Obama gave a decade before he became president.

It struck me that he was sad, he was critical, but he was squarely in A is A.

Hm… this is a new definition. It was always true, but I bet even the people who can live from A is A have never considered it.

When people’s vibration drops, now I know, in some area of their lives they behave like A is not A, or could be not A. Wishful thinking, denial, entitlement, not wanting to earn what they want.

In business, in relationship, in health, in social interactions.

And that little allowance to memes pulls down their vibration. That little lying.

In a conversation yesterday with my marketing client, we did a lot of work on A is A. We also laughed a lot.

Why laugh? When you see the truth, it is funny. At every new stage of my “enlightenment” what clued me in is that people, things struck me as funny. Cracking up.

The conversation was about selling to people who pretend that something is of value to them. That they care.

It is very familiar to me: most of the people who come to me, or read my blog, pretend that they value something. But I look into the actions, and I know different.

And when people pretend but you can see it, it is very very very funny. And unexpected, you see it on the stage of a comedy club, attracting big laughs, but in life it is not easy to see.

And seeing that people pretend and get that it’s not wrong… it is just what it is, is delightful. A is A. A is not wrong. and A is not right. A is A.

And nearly all the values you claim you have are b.s. and they are pretend values. Really.