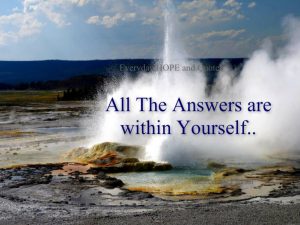 One of the most important things one can learn from the 67 steps is this: the truth is not within. It takes a sea of knowledge to even start to make out the outlines of the truth… And that knowledge needs to be learned… We live in a world of uneducated, ignorant fools… almost no one is an exception.

That doesn’t mean the truth is without either.

In my experience, the truth comes from many different sources, and what organizes these data, this input, into truth is within… The organizer. The intelligence. 2

What does this mean to you?

When I ask someone a question, they go within to look for the answer. But they don’t know. They never had. And they know it, or should know.

I learned in Landmark early on that the biggest difference between a human and a mouse is that the mouse is smarter. 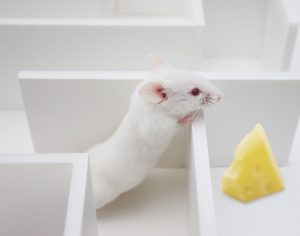 This is how the experiment goes: you have a maze with a number of tunnels where you can put the cheese… what the mouse wants.

The mouse will go to the tunnels and run them until he finds the cheese.

Next day he will go to the same tunnel first, but when he finds no cheese, he goes to the other tunnels, until he finds the cheese. 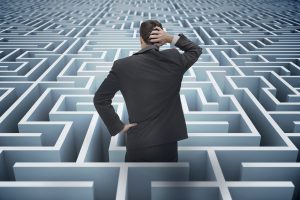 What does a human do? They go and try to find an answer, and find one. In tunnel one, let’s say. And from that time on, they REMEMBER to go to that tunnel, and say: No cheese? The must be cheese here somewhere…

Humans almost never say: if there is cheese, I’ll find it. I’ll go to all the places I know to go… and find it.

No, they go to their minds where there is no cheese, and they even teach everyone who is willing to listen: the truth is within. The answer is within.

Yeah, mice are smarter than men.

Now, this is a great story, but why am I sharing it?

Simple: I just got some new input, from the outside, that give me, the human, a few more tunnels to investigate for cheese.

I got the input from a “student”… although she is not officially a student, we do have a somewhat teacher/student relationship. Much like a see-saw…

Today I was the student.

The idea that came from M. is that you can look through the filter of the Bach Flowers and not only get a thorough understanding of the inside dynamics of behavior, but also a new question:

What would cause an epigenetic shift? 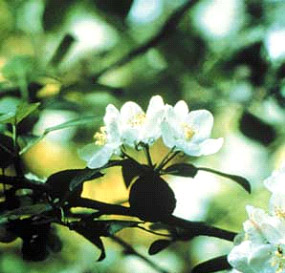 In some areas of my life I can see myself doing that… unsuccessfully.

Crab Apple is a trap. Much like the desire trap. You do a lot to get nothing. And it seems only one move away… Can you see the stupid human in it? I can. The mouse would have already said: this is not working, let’s innovate ourselves out of this mess/trap. But the human says: it should work, and cements himself in the trap.

Don’t you hate when you find out that you have been stupid? lol… whimper, whimper… I do.

I can see that Crab Apple behavior addresses the accidental, whereas the remedy shifts the attitude.

The attitude of a Crab Apple person is that they are going to kill, force the circumstances under their knuckles…

M says, that is what the Nazis did… Crab Apple… kill all that don’t fit your ideal.

I recognize myself in that.

So what else can one do?

So I sit down to a heart to heart with Source. I ask the question, Source says yes, no, not quite.

I am thinking of the poor trees that suddenly they are covered with insects that threaten to wipe the forests out.

What can the trees do?

Can “I” cause epigenetic shift for myself? Yes

Imagine that I am a tree. Can I become someone who is unattractive to the bugs? Yes.

After a few more steps we settle on “Attitude change”.

Hm, to change an attitude you need to know your attitude.

I observe my attitude and it is Elm. Elm is a tree that is loved by bugs… and often killed by bugs.

So what is the Elm’s attitude? It is bearing your cross victimhood. Ugh… I don’t even want to see it it is so ugly. Martyr. A hero because of his suffering… not because they win, but because they lose.

OK, I am getting it. Elm and Crab Apple are two behaviors and attitudes that keep me stuck in victimhood.

The epigenetic shift would be, maybe, to be someone who considers winning a better match to who they are, than suffering.

I am not done… But the field inside which I can find answers (cheese) is getting a lot bigger.

Because the truth, the answer, is not within.

You have been mislead.