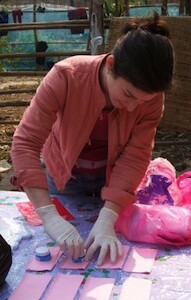 I was just sent this story on Medium. 13 thousand people clapped. No place to show negative clap… hm. interesting.

The writing is from a woman who had her ass grabbed by Nobel Prize winning author, Elie Wiesel 28 years ago.

She, now, 28 years later, writes a looong article, and people are clapping.

She jumped on the bandwagon of sexual harassment finger pointers.

But, Sophie, what does this have to do with the price of tea in China? Everything.

Of all the interpretations (remember that the mind is a meaning making machine, story teller) she picked: let’s destroy a great man, because he is a man. Let’s take pride in having been abused. Let’s create a sob story that will take the attention off that you are wretched, you enjoy the drama, and can’t tell your ass from a hole in the ground.

A is A, and life doesn’t obey your standards, because life is life.

You are self-righteous, self-centered, and wretched.

Your only pleasure is to lower someone else.

Now, why am I sharing this? Because this woman with her 100 vibration, is getting to be typical. She expresses the sentiments of women who don’t want to take responsibility for their lives.

They hand that responsibility over to story.

And then they don’t understand how they end up to be soooo wretched.

Remember the story of the two Buddhist monks who, on their way home, encountered this woman who was afraid to cross the river.

The older monk picked her up and took her to the other side of the river.

Half a day later the younger monk says: How could you? We are not supposed to touch a woman!

The older monk answered: Are you still carrying her? I have set her down half a day ago.

Depending on your choice, your life will be a drama, a tragedy, a comedy, or business as usual.

I like business as usual. You were born to live… but getting frozen into a type of story is not living… you don’t call the shot, the story does.

If your vibration is low, you most likely got stuck in a story.

It is time to get out of the story and start living.