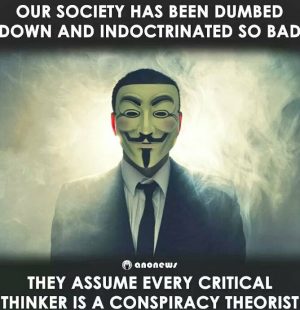 I remember when I used to be paranoid… and everyone said that I was wrong. But if you see that people are after you, and they are, is that paranoid? No, it is seeing clearly. It is being factual. A realist.

And so is with this conspiracy, except I am not talking about the conspiracies those stupid conspiracy theorists push, but the real ones, the ones they didn’t even notice.

I want to talk about something that is entirely in your power… the moment you see it, and you’ll either do what you need to do and be well, effective, happy, healthy, or you won’t do anything… and remain what you are…

According to what I see with people who ask for their starting point measurements, not happy, not healthy, not effective.

The area I want to talk about is the area of memes. Context. 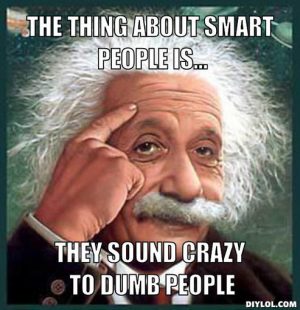 That area is the invisible… the water you swim in. It is invisible because it is everywhere. It is like the air you breathe in.

I’ll start with a rant. Then I’ll continue with a case study, and then, if I still have energy, I will share my own.

I watched 24 episodes of a Russian TV series, Silver Spoon this past weekend.

I have to tell you honestly, no matter how stupid it makes me look, that I didn’t think, didn’t suspect, that TV shows are meme distribution networks. But turns out: they are.

I could say a lot about the memes, thousands in just one show… but here are a few:

1. The only thing you can do about rich people is envy them or hate them
2. There is no honest way to make money
3. Rich people take all you have, including your lover
4. Killing is OK if you are justified
5. Work? who works?! Only stupid people.
6. If you rock the boat, people will start dying around you
7. If you try, you’ll just dig yourself deeper… no escape. Don’t rock the boat
8. Conform.
9. It is all the Jews fault. Underneath it all, it is all because of the Jews.

I’ve been sick since Sunday. And scared.

But if you distinguish the memes from the truth, if you distinguish yourself from the memes, then you can get to A is A, and you can be well. I have been in and out… #9 scared the bejesus out of me. Touched a nerve. And some meme, some voice is suggesting, persistently, since Sunday night, that the solution is to kill myself.

And no, I am crazy, but not because I hear the voice. The voices are real… but you have to be in the position to hear it… you need to feel that it is talking to you for it to do its “magic” on you.

The memes, the voices, millions, have different wave length, different energy signature, and they resonate with you when something made you, put you into the same wave length.

This is what it means that everything is energy, not the b.s. your teachers are filling your heads with.

It is not quite good news that everything is energy: because you are stupid, the forces of good are stupid and dreamy simpletons, and the forces of evil are technical wizards.

Sounds like conspiracy theory, doesn’t it? You know why? Because to be able to see it clearly, you need to leave the “stupid zone”… and between you and me, it is not that easy. I didn’t say impossible. I said: not easy.

Before I get to the meat of the case study, some preamble: Source, whatever that is, does not know everything. And even if it did, unless I know it, Source cannot tell me. Why? Because in a binary conversation, where I can speak words and Source can say “yes/no/not-quite” my knowledge will decide where we go… not Source’s.

OK, with that said… here is the case study.

Now, even though there is an actual person in the case study, this is actually something really typical. So you should be grateful to the person to be generously reveal himself, instead of judging him.

Those that are guiltless, blameless should throw the first stone… did I just butcher some sacred text? lol

OK… this student still thinks that people pay him.

You get as much money as much you deserve.

This is a meme…

They actually consider you highly interchangeable.

Are you a wife? Your husband doesn’t want you, he wants a good wife. They married the promise of a good wife, and they divorce the reality of a not so good wife.

If you get this, your life can really change for the better.

Because you can put your attention to what earns you money, thank you, fun, or whatever you want to earn.

No one gives a hoot about you, or not really. They may have to pretend because you have a high “it is about me” score, but really they want what they want and that is not you, but what you give them. 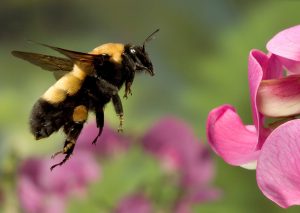 A bumble bee doesn’t “deserve” flying. Its flapping its wings deserves the flying.

I am bringing the example of the bumble bee because it is highly unlikely that a bumble bee finds it easy to fly.

I used to watch women who were less pretty than myself, and had loving adoring spouses.

Today I get it: they gave their husbands what the husband wanted, while I was focusing on my looks, my, mine, and me.

My client is in the selling stuff business. People buy his stuff.

If he picks the stuff they want to buy, if he sells it to them skillfully so they are happy before even getting the stuff, if he knows how to give them more of what they want… he gets a lot of money.

It is not even the stuff: it is the fit. The match. And often the story.

If you try to give people what you want them to have, they probably won’t buy. And you will think that you are not deserving.

And you will be miserable. Down on yourself. And try to get better. Become likable. Funny. Sweet. Meek… but all that doesn’t make much of a difference.

For me, the fact that they buy my stuff in spite of me, was a big trauma. Because like everyone else, i want to be important, I want to be irreplaceable, I want to feel that I am valuable.

I had to learn the hard way, that it’s not me, it is my stuff.

When I coach: it is what my words cause: a shift in what they see. The results they produce. How they feel about themselves.

OK, there you go.

It is that your life is not up to you, up to your work, up to what you can do. The it is up to how slim, pretty, smart, glib, etc. you are.

No substance, no work, no value.

“I want to be loved for myself!” was my battle cry for decades, and I was very unhappy.

I want to be loved for myself, not for what I do for people!

But to be sure, that is a meme. A misery maker.

You live in the world of people who want what they want, need what they need, and have, maybe, 1% of capacity to love you for who you are. 10% capacity to appreciate what they get from you.

When you move to human being level, surrounded by human beings, these numbers will change.

But the world is not there.

This is what it is. A is A. People pay for what they want, appreciate things to the degree they appreciate them… and it is how it is.

If you cannot be at peace with A is A, you have a problem… and that, my friend, is your main problem in life.

And the conspiracy is that the memes suggest that A is not A… and it should be something else. Like A is B? really?