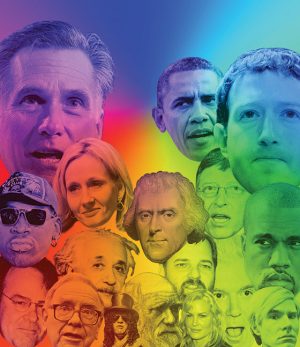 I wasn’t planning on it. It just happened. A whole new insight… 1

I somehow got onto a youtube page that features a number of autistic videos. And I am going crazy… I am shutting down, I want to run, I am crying…

WTF is going on?

Turns out that the videos, as videos go, record the emotions of the scenes.

I watch a lot of Netflix series. I also read a lot. And I abandon a lot of books and a lot of series… in the middle.

There are certain scenarios I cannot be with… lust is one of them.

When I lived in Israel, it was a weekly occurrence that I had to go to a therapist every time I happened to see a female dog in heat… and the lustful male dogs following her. Same with cats. Same with humans.

I was three and a half years old when I was taken to a barn and raped by some guy I didn’t know.

But I was already an empath. And I felt his feeling as if it were my own.

Lust is not a good feeling for a child to feel. Unsettling. Confusing. A disruption. Violence and lust, pain and lust, being left to die and lust… It’s a miracle I ever grew up. It’s been touch and go all these years.

I have never had a healthy relationship with sexuality, desire… and now, looking at it today, I am not at all surprised.

I am 70 years old, writing yesterday’s articles is what opened up the can of worms… sometimes takes this long to know what is pushing the buttons that don’t make sense to be pushed.

The videos of autistic children reacting to something invisible at a Walmart, or some other setting is, now, connected to my discomfort. They are reacting something that you can’t see, only they can.

What if we found out that autistic people, half of them, exactly, are empaths, or empaths, and they never managed to separate themselves from the feelings, because the feeling masquerades as theirs. 2

I hate shopping in a store, because of the melee of feelings of the shoppers and the staff… Too hard on me. And you can only imagine how hard it is on someone who is autistic.

What if somehow we would be able to bring the autistic children’s consciousness up to the level where they can suspect that the feelings they feel are not theirs? And then separate themselves from it? We could teach them muscle testing… I am sure they would take to it fast. A feedback system to maneuver life better.

For me, just knowing it is not mine, creates a tiny distance

For me, just knowing it is not mine, creates a tiny distance, like taking a bug off you and holding it in your hand. Instead of going crazy, you can get curious. Big difference. I still feel it… it is still unpleasant, but I am also looking at it… and that makes all the difference. Now I can be well and feel horrible.

What if a lot of what is going on for them, for us, is just that: feelings that are uncomfortable, confusing, disturbing, and you cannot avoid it, because you are an empath? But my example shows that there is a solution.

Now, can you snap out of it without muscle testing? I could not.

OK, that is a lie. I could, through a long long process of analyzing what is true, what isn’t. But life was too fast for me to do that every time, and when the feelings got too strong: I dropped the ball. Just like I drop the ball on books and movies… even today.

One requirement for a successful life is the ability to be consistent and persistent. It is near impossible if you are an empath, an unconscious empath.

With an empath child this is doubly so.

But if they had muscle testing and if they could be taught to tell their own self from another’s, they could start developing into brilliant adults.