I read articles. And I found this one in my inbox today… I could have said: I already know this… and I would have missed a conclusion that is very important to YOU…

Don’t know what TLB is?… It is your Twitchy Little Bastard score… when it is low, you are weak at doing the deed… You run for the hill, you quit, you have no patience, no vision… You are likely a disappointed little victim of life. But you can read this article and get some surprising tools. I’ll summarize it at the end.

This Stanford Study Reveals Why Some People Are More Likely To Succeed Than Others. 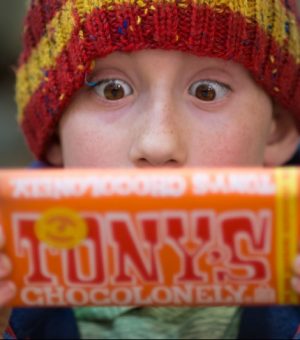 Photo by Pete Wright on Unsplash. Article by Mayo Oshin

In the 1960s, psychologist and professor at Stanford University, Walter Mischel, noticed something fascinating about the behaviour of his daughters.

They transformed from being unable to resist short-term pleasure to having more self-control over their desires.

Mischel wanted to understand why this was happening to his daughters. Most importantly, he wanted to discover any relationship between self-control as a child and success in life as an adult.

After decades of research, Mischel finally uncovered a crucial trait that explains why some people succeed in their work, relationships, health and life — and others don’t.

This breakthrough research is best known as the marshmallow experiment. Here’s what Mischel discovered.

Mischel and his research team first gathered a group of young children — aged 3 to 5 years old — from the Bing Nursery School at Stanford.

The experiment was simple. The researcher would bring one of the children into a small room and sit them down on a chair with a table in front of them.

A chosen treat (Marshmallow, Oreo cookie or Pretzel stick) was placed on the table and the researcher would give a clear instruction to the child:

“You can eat this treat now or get rewarded with another one, if you wait for fifteen minutes without eating it.”

In other words, they had the choice of enjoying one treat now versus delaying gratification and enjoying two treats later.

For the next 15 minutes, each child would face the temptation of a treat in front of them. As you can imagine, the scenes were comical.

Some kids tried to distract themselves by covering their eyes with their hands and turning away from the table. Others kicked the desk and stroked the marshmallow softly.

But, some kids immediately ate the marshmallow and rang the bell provided, to call the experimenter back in. Others resisted the temptation for a few minutes, but eventually caved in and ate the treat. The rest endured till the very end of the test period.

After over 600 children participated in the experiment, Mischel reviewed the results. Approximately one third of the kids delayed gratification to get the reward of the second marshmallow.

But, this wasn’t the real breakthrough finding. It’s what happened next.

After a decade or so, Mischel followed up on the kids from the original experiment — now adolescents and adults. He wanted to check up on their progress in their health, school, work and life.

Mischel discovered that the longer a child delayed gratification during the marshmallow experiment, the better they fared in life as an adult.

In short, the children with better self-control were more productive, happier and healthier, than the others later in life.

Even after following up on each child 40 years later, the researchers still came to same conclusion — self-control is one of the most crucial traits for success.

These conclusions may still leave a bad taste in your mouth.

Does this mean that the kids who failed the marshmallow test were destined to fail in life? After all, they may have been born with a weaker ability to delay gratification.

Is there any hope for the weak?

Luckily, your self-control can be built just like a muscle. Here’s how it works.

The Hot and Cool Explanation for Delayed Gratification

During the marshmallow experiment, Mischel and his team tested different strategies to improve the willpower of the children.

Mischel told some of the kids who initially failed the marshmallow experiment, to reframe how they thought about the treat. Instead of focusing and thinking about how tasty the treat would taste, he encouraged them to imagine that the marshmallow was a picture.

ATTENTION! REFRAMING IS ANOTHER WORD FOR CHANGING THE CONTEXT!

Before the next trial of the test began, he exposed the children to realistic photos of the treats they had chosen before.

This time the results were reversed.

The kids exposed to the images of the treats delayed gratification twice as long as the others.

One girl explained that she was able to exercise self-control and resist the treat because in her words “you can’t eat a picture.”

This new strategy worked because the kids diverted their attention away from the “hot” parts of the marshmallow that trigger an impulsive reaction (it’s sweet taste).

In fact, the researchers went a step further to test the effects of prompting the kids to think “hot” versus “cool.”

In either study, the conclusions from the experiments were clear. The reason willpower fails is because “hot” thinking overrides the “cool.”

In other words, your perception of the object of desire significantly affects your ability to delay gratification.

By thinking about and focusing on the abstract, descriptive and unemotional parts of the object, you can improve your levels of self-control.

How to Delay Gratification

The best way to develop self-control is to use the same force that causes your willpower to fail — your imagination.

Using your imagination isn’t simply a matter of daydreaming. It’s about training your mind to resist temptation and delay gratification.

For example, if you struggle with the bad habit of smoking, pay attention to the “hot” thinking that crosses your mind before you grab a pack of cigarettes.

These thoughts create emotions that drive you to impulsively take action.

Instead of allowing these thoughts to control your life, practice replacing them with “cold” images that neutralise these emotions.

For instance, replace your mental image of enjoying a cigarette with the image of a regular smoker suffering in a hospital. With practice this “cool” thinking will replace the “hot” destructive one.

The most powerful mental images will force you to emotionally reflect on the future and think about the long-term consequences of your actions.

Finally, It’s not just about how you think, it’s also about your immediate environment.

You can visualise a “cool” mental picture of a chocolate cookie all you want — the fact of matter is that a packet of your favourite cookies on your kitchen table is a recipe for disaster.

As a matter of fact, you could also think about replacing “hot” with “cold” triggers in your environment.

For example, if you struggle with managing your finances and own a contactless (limitless?) card that makes spending impulsive, why not try using cash only payments for a period of time.

In the end, self-control is a skill that you can develop today.

Yes, it can be difficult at first, but so it is with anything else in life.

Think about your future self and where you’d like to be tomorrow.

If you suffer a little bit today and delay gratification, your future self will thank you because it will enjoy tomorrow.

OK, I assume you read the article above.

What you should be left with is this: you create your reality with context.

This article call that action: reframing. Context is the box… aka the frame the content come in.

It cares about its survival, and about picking the immediate gratification to the body, to the nearsighted animal vehicle. Immediate always beats delayed gratification.

So the battle is between the animal and the human… the higher functioning human.

And this is important: they talk at the same time.

When and if you can tell which is saying what, then you can succeed in life. And muscle testing can help you with that. My type of muscle testing: when you connect to your higher self asking the questions.