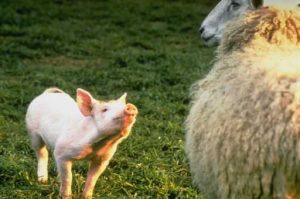 They say if you want to become successful, you need to find a mentor and model after him. Emulate him.

I have a very successful teacher who teaches what he does: email marketing.

And modeling after that you need to be able to care… Can the followers care because that works? That is what we’ll look into in this article.

How do you model after a successful person?

Do you do what they say? Do you do what you see? It’s about modeling, emulating someone bigger to grow yourself, modeling to become all you can be.

One of the most significant things that happened to me, personally, in my life is this: My mother shared with me that my oldest niece was misbehaving. My mother told her that if she continues she’d become like me. And my niece, Eszter said: oh, that would be good. I want to become like her.

That was my first experience of being approved of by someone who was a relative. Being chosen as a role model is the biggest acknowledgment a person can have. Imitation is the sincerest flattery.

My niece didn’t know how to model, she had no contact with me… So she chose, in the end, to be ordinary. She died a few years ago. She left two lovely daughters, a husband, and my brother who is now the “mother” to those girls… Her death made a difference. It completely made my brother accessible, almost human. And for that I am very grateful. I love my brother. I loved him even when he just growled at me for 60 years. Now we talk, share ideas, maybe even a few laughs. I am weeping as I am writing this.

Being accepted, valued for who you are is probably the most important thing you can have… but most of us want to be valued, accepted, exactly the way we are, and are unwilling to become someone who can be valued…

So partially this article is about that: become someone who can be valued.

So the question was: how do you model? Do you ask them? Do you watch them? I do both.

I am most interested in their habitual way of thinking, how they respond, how they make decisions, and what is their attitude in business, if it is a business person, or a husband if I am interested modeling after them for better relationships.

Sometimes they know themselves and can tell me. Sometimes what they say doesn’t match what I feel… I am an empath after all.

More often than not they don’t know themselves that well… do not see much into the invisible… their invisible. Their invisible motivators.

In the case of my teacher, I found out deepest who he is and what he is like, inside, from his fiction. Made me weep, by the way.

You need to see vulnerability if you want to love someone.

If I see a habit that I want for myself, even if I see it clearly, I still have the difficulty of integrating it… it is not enough to see it.

Integrating a habit means that it has to become mine, part and parcel with me and my structure. Each habit forces me to find a crack, an opening in my structure, or I won’t be able to integrate it.

Oftentimes it is easier to integrate a stack of habits than just one habit. 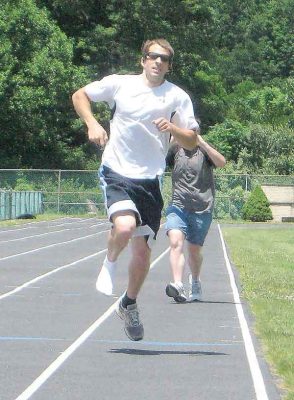 This is how it was for me with walking and the 67 steps a few years ago. They became a unit. I didn’t do one without the other. The two together nudged me. I also connected it with restlessness, tiredness, or needing to fill my vessel, a kind of “I have nothing to contribute” feeling that came every day like clockwork, I could count on it. So instead of going to the coffee maker as I did before,  I just put on my headsets, and headed out. And brush my teeth first.

Brushing my teeth used to be forgotten often… I live alone… so then my teeth were suddenly brushed at least twice a day.

You see I was connecting and building on an activity I was already doing, or to a feeling I was going to, definitely, have, in my case worthlessness.

Here is another habit stack that went by the wayside

I do a lot of sitting, and a weakened hip joint, or whatever is amiss in my right leg. So every time i prepare my coffee, or a meal, I stand on one foot consciously balancing, for 30-40-50-60 seconds. It loosens up something, So I have noticed that my gait is improving, and my walks are less painful. My goal is to be able to walk 3-4 miles at a clip.

I have made an agreement with my body to alert me if I and when I need to do something. And it does. It reminds me to go to pee. I don’t even know how… but I find myself in the bathroom. It never reached my conscious mind. 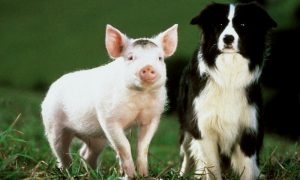 So how do you model after a productive person, a producer?

The internet is full of advice: get up early. Drink coffee that makes your brain jump start…

But that is only seeing what a person who does so much visibly: you don’t know what it took to do that, or what it would take for you to do that.

Because underneath of all success, there are these spiritual/intangible/DNA capacities that form the scaffold of success.

Wallace D. Wattles says that every part of an action has to be done with power. but for power to be there, awareness needs to be there. And no resistance. He calls it ‘the certain way’. Successful people do things in a certain way… They put all power in all action.

So what does it take to awaken, activate these spiritual capacities?

Here are a few examples: 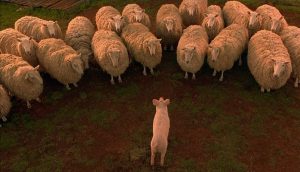 I lived with a medical student who became a doctor during the years we were living together. Plenty of effort, going without, conquering resistance and the pull of comfort.

To become an architect, you risk dying young. 95% of the people I graduated with in 1971, came out of the grueling five years with some chronic condition, myself included.

Three died within a year. Many have died since. From those conditions not sleeping, not resting, not having a moment for yourself gave you.

After architecture school everything was so easy… in comparison.

Your TLB grows parallel with your capacities…

You either spend your time fixing the unfixable, or on producing.

When you read an article of the 10 habits of blah blah blah, you can,  pick one habit, and commit to it. Long term. 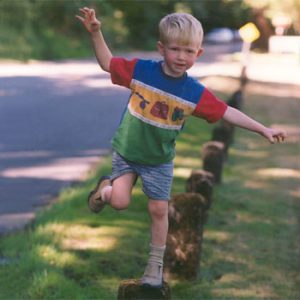 But unless you use the one, ANY HABIT, the one habit you chose to activate to also activate consistency, the DNA capacity, unless you use that one habit to activate the capacity of seeing the big picture both in time and space… you’ll resist the habit, you won’t succeed, and your life will be a series of flash in the pan successes, but an unsuccessful, an unremarkable one. Nothing to write home about it.

A habit not consistently maintained over time will make no difference, no matter how amazing it looks on the short term,

But just one habit can START to revolutionize your life, if you commit to it.

In my core group we are learning to become a producer. The habit that can do the trick is to have short and bigger projects we set, then accomplish daily, and then we do powerful debriefing.

You can do a lot of stuff in a day, but it is the setting+doing+debriefing that are operational, not that things suddenly get done. Things can get done and your life won’t change with it.

The discipline of the three conscious actions is what makes you a new person.

You can turn your ship around with just this one thing, because it is like a pivoting point: your ship can turn around on it.

Integrity is an inside job. It is between you and you.

No pretense will compensate for no integrity, because you can’t hide from yourself.

No sweeping where people can see it will help. No doing stuff so you can impress me or others. No dutifulness. No tricks. You hired me if you have, because I have X-ray eyes and see under the rug…

And your higher self won’t allow you to have a good life, or love, or health, unless you honor your word as yourself.

No shortcuts. No pills. No energy can do it for you.

Only you can do it for yourself.

I teach integrity… but it is really up to you