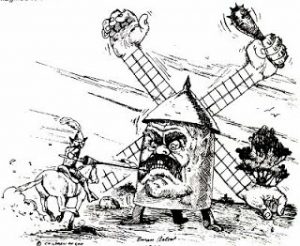 I just learned something terrible about myself. A lot of people hear me as if I were their father.

You see, in my family I was the dunce… meaning stupid. And even though I had straight A grades, and I was good at everything I tried, I remained stupid for my family.

How this works I don’t know. But this seems to be the dynamic: people make a decision about you, and then they never really look at you again.

You take it on, as the truth, and freeze into it. You allow it to guide you through life.

My brother, my older brother was the apple of my mother’s eye. He was smart, and good looking. And a boy. He had no challenge (as far as I can see it) because he didn’t look at life’s challenges as challenges… he didn’t study, and his grades were pitiful.

We are very different. His soul correction is “Revealing the Dark Side” which in reality means: hiding it. And be bothered by it. My soul correction “Forget Thyself” has no shame… bad? I let it hang out. The exact polar opposite.

He is a millionaire, and I struggle every month to pay my rent.

We had both distorted views of life. Distorted by memes.

I am not sure what his memes are… but his vibration is 120.
I can see my memes most accurately when I hear sentences, like AL Williams saying “All you can do is all you can do. And all you can do is enough.” The word that gets to me is “enough”… I cry. Hopeful tears.

The word in that sentence is the word “enough”. It shows that there is a meme, or many many that tell me that I am not enough. Nothing enough. Not smart enough, no kind enough, not clever enough, not pretty enough. So Al Williams sentence flies in the face of that… and, of course, the memes win. I cry and I hope that one day some day I will be enough.

There is no such thing as “enough” in reality. And even saying that there is this huge pain in my chest and my tears are flowing.

Yeah, my windmills are showing themselves.

We all have windmills. Unreal memes about ourselves, about the world, about how it works. And we fight them or we go with them… but either way, life is wasting away while we do that.

I read something on Facebook of all places this morning.

Someone asked me, “Dude, how do you manage to be cool all the time?”
“I don’t get into arguments with people. I just cut it short and say, ‘You are right.'”
“But that’s completely irrational and wrong!” He said.
“You are right,” I replied.

But what if you have been resisting and fighting all your life? What if your whole identity is this fighting?

I am understanding this idea of memes slowly. Sorry that’s not accurate. I understand the idea of memes. I’m just at the point when I stop for any length of time all I hear in my head are memes and I feel overwhelmed. So I back off. 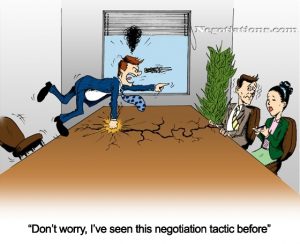 I was reading one of your articles this morning and all I heard was you are this.. you are that… you will never.. and I wondered why does Sophie have to be so critical when I realised that I am hard wired to look for the criticism as my dad was so critical. His favourite lines were ‘you will never amount to anything,’ ‘you will never make it’ (although I’m not quite sure where I was going).

I think all these memes from my childhood are whizzing around in there and I am hyper sensitive to anything which fits into this group of memes.

Obviously you say many wonderful and interesting things, at times you even say well done and send me your love but alas my inclination is towards hearing negatives. I often wonder ‘could Sophie not reword that so it doesn’t sound so mean to me?’

I’m beginning to think the fault may be with me. As I am the one who infers the tone of voice when I read the article and that internal voice is quite critical. And as I can’t cope with it I transfer it all to you.

But also the other side is sometimes I need to hear difficult stuff. Can I create a space where you can say what you need to say and I can hear it without feeling like I am worthless. Perhaps it would be a case of saying ‘what are the memes saying, now? whats really being said?’

As you can see, this person is on her way to turn her ship around, and start to hear what is being said, instead of the memes she is so determined to fight.

Here are my thoughts…

Here is another set of memes that make me cry: dogs. 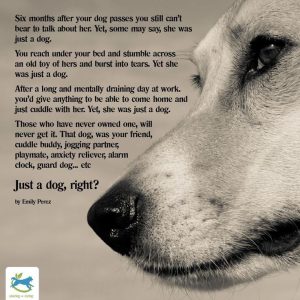 We all want to be loved and cherished. But we relate to people differently. With suspicion (memes) with animosity (memes) with wanting to overpower them (memes) with fear (memes)

Dogs, most dogs, relate to people, especially their owners, with trust, joy, and willingness.

Among humans this is no the case. (Maybe among dogs this isn’t the case either… I have my hunches.)

Humans always expect to get first and then maybe give.

The crying comes from a meme. Wanting to be loved, and cherished, and petted.

But if I strip away the memes, I am more than OK not being in a lovey dovey relationship… I just want to do what I want to do, and that lovey dovey would be like a cage for me.

But what about students, clients that want me to give them lovey dovey?

My straight approach snaps them back to what THEY want, and start working better, faster, more aware, with more energy.

But maybe mother-child energy is the field that is designed to hold you back, and keep you hostage.

And hear both parts. Inspiration, motivating is not enough.