I have at least 2-3 conversations each day that are so profound they should be made public. Sometimes i do…

Here is one from today: 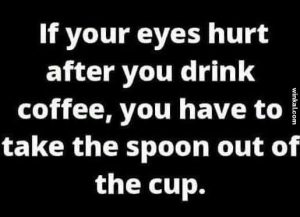 Him: Wow. I realized on yesterday’s call that there are memes and voices when I am on the call and they are disturbing me to get things more than I am doing. Or disturbing me to look, think and not going to the head. These voices are fear based. “What if I say something wrong, what if I can’t do what she says etc.” It went better yesterday because I was conscious of them and could decide to just let them be noises and have my attention on what you were saying instead.

Me: yes. it is the biggest reason people don’t do well. good catch. thank you for sharing.

I have one meme still very alive… “It is too hard!” lol

and another one, a little bit less “It is hopeless!”

Him: Yes, I have those memes too actually. Not so much of “It is too hard” but the meme that say “no matter what I do”.

the problem with that meme, “no matter what I do” is that it is a self-fulfilling prophecy.

I watched a show on Netflix, where two cops are talking. One says: do you think the kidnap victim is still alive?
the other: it is up to you.

What changes is how you do your job… if you say she is alive, you’ll bust your ass. You’ll look differently, for different clues, and you’ll find her alive.

If you say she is dead, you’ll probably take your time, and not really look well.

This is what happens when you have the “no matter what I do” meme.

I used to have it, and one day, some 15 years ago I realized that it was a lie. And excuse. And I stopped having the meme… then and there.

What you want to get that under every meme you heard as a meme, there are many other memes.

Most memes’ job is to keep you the same: meek, unaccomplished, cowardly, and miserable.

A meme is a mind virus, or mind cancer… it doesn’t care about you, it only wants to perpetuate itself.

In my new Playground program that is all we’ll do: we’ll look at your life, past, present, future, through the filter: everything is a meme… and start to peel off the unreal, the cancerous, the infected, so underneath we can find you and your wonderful life.

In two days, on Wednesday, November 29 I will answer all questions, and maybe I’ll share what it’s really about live on a webinar. You are invited.