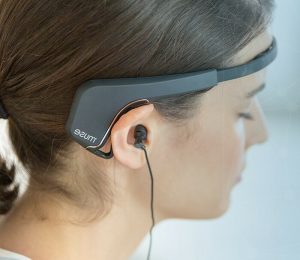 Canada is home of the lowest vibration on the planet.

Why on earth would that be? I myself pondered that question for a long time… until this past weekend, where accidentally I stumbled onto another celebrity Canadian, psychologist Jordan Peterson, personal vibration 170, 4 who is spewing a confusing mixture of uneducated / overeducated, philosophical / religious mishmash… so fast that my ears that are used to listening to audios at 125% speed, could barely keep up with him.

Canadians are pushing socialistic ideals. Lotsa shoulds! Also, it seems, they find comfort in religion. And being self-righteous about their hodge podge ideology.

Somewhat reminds me of the breeding ground for totalitarian statehood…

Why is this of low vibration? Let me explain.

Your world, the world you live in, is built, constructed of hundreds of thousands of memes. Everything and its opposite. To the degree that the memes allow you to get educated, to become a thinking person… to the degree that you can have your own path independent of the memes, and of the others, you can have a higher vibration than what the memes give… in Canada they give you that vibration is 100. What the memes give you. So 120 in the case of Ariel Garten, indicates that she is, to some degree, has liberated herself. Not much.

OK, so this is the culture, the culture of 100 vibration, that has given rise to the “meditation device” and Ariel Garten’s TED talk.

So, let me look at the Muse meditation device and what it promises.

Now, let me look at another question: is meditation about silencing the mind?

In my experience, forcing anything to do anything is not spiritual.

A lot of people have difficulty breathing deeply. The cause of that is marker feelings: some words uttered by the voices they hear create an emotion that tightens their chest… fear.

So in this regard, if the voices were heard as noise, which they are 99% of the time, the fear would not arise.

The ability to tell the relevant and the irrelevant can only be developed with practice.

This morning, as I was filling Heaven on Earth bottles with the remedy… I heard something. I went to investigate… and lo and behold I left something on the stove… and I managed to prevent a fire… by being alert, and by hearing something I needed to pay attention to.

I am not deaf, I am not dead… so I hear the voices too. They are not in your head… they are energies everywhere. They are part of the zero point field, at least on this planet. The energy that is in all and through all… I could also call it the Fourth Plane energies, created entirely by humans… to prove their superiority, to gain power over others. Religion, the classes, the casts in India, the royals, inherited ranks, etc.

Through years of observation I have become largely independent of the voices, the memes… and I can now hear myself thinking.

The purpose of meditation is to get yourself where I am: hear yourself. Feel yourself. Love yourself. Accept yourself.

The real self, not the public, made up, inauthentic, fake self. The real self… that you are afraid is not good enough. Not worthy Not lovable. Because the memes have told you so.

Forcing silence for the duration of your meditation is worthless… from spiritual, from your point of view.

Anything that you don’t know, can’t tell, don’t own is eventually going to eat your lunch.

The memes are already doing that, and doing a good job at it. How much aliveness do you experience? How much of that happy kid has remained, the kid you used to be? 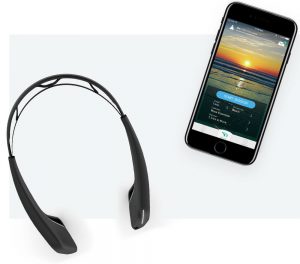 The greatest trick the Devil ever pulled was convincing the world he didn’t exist.

There is no Devil as an entity, but there are the man-made memes… and it is most accurate to consider them the Devil.

The only strategy that works to the degree that you work it, is identification, awareness, distinguishing.

And in that, no device other than your conscious awareness will be useful.

People consider meditation the same way they or others consider religion. A comfort device. And it may be… but you already have too much comfort in your life, so much that you don’t even need to be awake!

You live in the Matrix, and you are not a person any more… unless you start to take back your power from the memes.

No device can do it for you…

But no matter what, the actual work is something you need to do yourself.

In my next course/workshop, The Playground, I’ll work with the participants in doing this work for themselves. You’ll hear me work with others and start getting insights, so by the time we work one-on-one you’ll be able to see more. 5

It’s a long course… and probably the cheapest I have ever run, because the work is long… and it actually never ends.

I have been doing it on myself for 30-40 years, and there is still more work to do.

In my Starting Point Measurements, my integrity number is 90%… 10% is wreaking havoc in my life.

In my success score, I am at 80%… the missing 20% is the results of memes I am still honoring as if they were real.