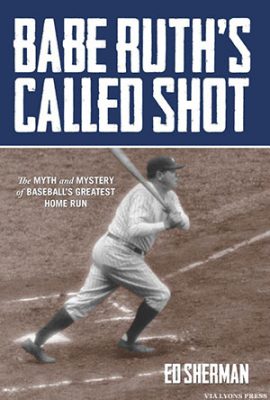 Make your plane go where you want it to go…

This is probably the most shocking sentence in the whole 67 step program.

I literally don’t know anyone who lives that way.

People try to succeed, try a diet, try this and try that… while their plane crashes in every area.

So what is the difference between who are like that, who are on their way to become that kind of person, and others who never ever land their plane on the landing strip? 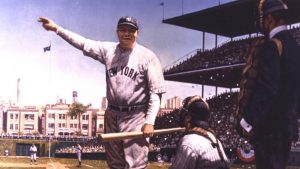 But there is a lot more to it that no one seems to talk about:

The more distinctions you have, the more astute you become, the more power you have to land your plane where you want to land it (in health, wealth, love and happiness) and the more fun life becomes

Distinction is a fancy name for a frame. A frame through which you can look at life. In every frame life shows up differently.

I teach distinctions, aka frames. That is the secret sauce of my teaching.

The only thing people resist is looking at the puny number of frames they have… The 2-3-4 frames. That they can only look 2-3-4 ways, and then their life is therefore impoverished.

The more frames you have the better life can work. With 2-3-4 frames you come up short in most situations.

I have more distinctions in some pillars of life than in others.

My weakest pillar is social. I have had the least amount of success there. So it seems that I am doubling my efforts in this area nowadays.

Some people can’t learn distinctions, no matter what method you offer to them: they are locked into their 2-3-4 frames.

OK… let me say that different: some people won’t learn any more distinctions. Why? My new favorite expression is the cause: theory induced blindness… we could also say, meme induced blindness. 2

These two are essentially the same: a theory is also a meme. If you don’t look at it as a theory… but the truth.

So I am learning new distinctions in social interactions. It is the hardest thing I have ever done. Harder than mathematics… lol. Or figure drawing. Or even finding a diet that works for me.

Why is learning new distinctions hard? Because of all the stuff that is there.

I have been taking certain things personally. Getting out of my own way, getting out of the frame “this is personal” has been hard. But today I managed to turn some corners.

I managed to look at what is happening in the community van, which is my experimental lab for social.

One of the steady companions there is a guy who is a radio jock, music, and we have a few months history of butting heads.

In social interactions, it seems, safety, being appreciated or liked, being heard seem to be important on one hand, self-protection, exerting power over others, punishing, expression immediate language, aka emotional response… on the other.

This dude is a perfect training partner. Not because he wants to learn, but because he can demonstrate stuff… so I can learn… “oh, that is how it works? hm. interesting.”

I am getting more skilled, I am getting to look at things through more distinctions than before… as they are happening. I even had 3 moments of joy today!

When someone blows up at me, I don’t take it personally, I look at what need it serves for them.

With what I am learning now, I can also go back to my family dynamics 50-60-nearly 70 years ago, and see what was going on then in a whole new light.

It is clear that I took everything personally. It is also clear that I looked at every moment as if it was going to remain the same forever. So I sulked, I hid, I felt angry, hurt, diminished, invalidated, etc. for a long time at a clip.

From that frame my mother’s behavior looked strange: she was the type of person who would flare up, hit, scream, kick, and then when done, totally forget what she had done. Never even considered that she left dead bodies in the wake of her storm.

My brothers took everything personally, and became permanently offended, and cut communications to protect themselves from being exposed again to whatever seemed harmful at the time. They still behave the exact same way. Offended is their semi-permanent state.

My father was more stoic. He looked at everything through the longer view, and his mood was a lot stabler.

The more distinctions I can look through, the more frames are available to me, in practicality, the more enjoyable my social interactions will become. 3

Not yet. They are more, they are more frequent, but not yet enjoyable. Less traumatic. But I still end up with muscle tension, near unbearable tiredness, and difficulty to breathe after every interaction. Even if it is a webinar…

All my projects are long term. Nothing wrong, nothing to fix…

I am learning to land my plane on the landing strip even in a storm… I make the plane go where I want it to go.

It’s the hardest thing EVER… but you must go for it, you must summon courage… And you can always change it… as soon as you find out that it’s not what you really wanted.