Actually, I continued to participate in Landmark after the incident I’ll tell you about… but NEVER intended to contribute any more. Or not really. I was participating from hurt… knowing that what was broken cannot be fixed.

18 years ago, as I was coaching someone, it became clear to me that there are this four core invisibles, that are underneath every issue, every distinction, every weird, unethical, unsavory action a human being makes.

Even though the distinction that there is a broadcast going on that everyone hears and everyone tunes into some of it, part of it, the part that feels relevant to what is going on for them.

I remember, it was 1991, and I drove home after the session, and heard the broadcast that sounded like every radio station playing on the same wave length… and yet I could pick out the part that was hand in glove match to what was going on in my life… I was in love with a married man at the time… and everything relevant to that was playing for me.

I drove to New York and confronted my lover… I don’t remember what happened: nothing good, because nothing changed. I was still hooked… for many more years.

But the idea of the broadcast didn’t become the foundation of my teaching until earlier this year… and the magic began.

But I am getting ahead of myself here…

18 years ago, when I was in San Francisco, I already had an insight that was to revolutionize Landmark Education, that was to increase their results for people manyfold.

So I approached a person who was in charge of product development in Landmark, and shared what I taught in my last article.

The response was… “very nice.”

No echo. No one there to hear it.

I was crushed, and dumbfounded…

Today I understand what happened, but at that time I didn’t.

Humans really want only one thing: looking good and making it. And, of course, underneath is, making it a must, are the core four: having to, needing to, wanting to, and should.

Check with yourself and see if you can find them: you have to look good. And you have to make it.

And anything that threatens it is either ignored, fought, smeared, killed, but never considered A is A…

The looking good and making it is survival… and comes from the genes.

But the genes are a lot more forgiving than the memes.

I have never seen an animal sitting and blaming themselves… they do that in fairy tales… but not in reality.

In reality, an animal may make a mistake, and look at the result of the mistake as A is A… and do the next best thing.

They don’t have having to… Having to is a meme. 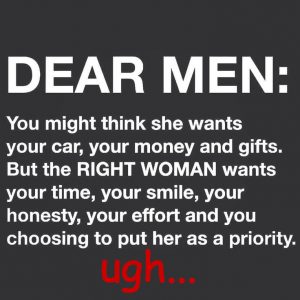 They could not see it, because they never went deep enough.

You can only do things consistent with what you see… and, listen up! those Landmark people learned their distinctions, they did not invent it, or did not really make them theirs.

The Nobel Prize winning famous physicist, in an interview with Werner, complained that the applicants for graduate studies with this physicist, Feynstein, did not invent physics like he did.

Truth repeated is a lie. It’s like being a parent to a child borne by someone else. The child is both yours and not yours.

You’ll never get the whole of the foundation of becoming a human being, unless you get at least one thing you can give birth to.

I have one (1) student who is doing the work, and is making the distinctions his.

He is not the most educated, not the smartest, but the most changeable, the most willing to experiment.

Darwin said, in his “The origin of species” from 1859, that the species that survives is the one that is most adaptable.

You’ll find many. And when you look, there is a “must be looking good and making it” underneath it.

You get instructions from a teacher you hired… but you’ll tweak it until it can’t work, won’t work but you’ll be right.

Or you’ll meekly accept, but refuse to look deeper. Or you argue. Or… many many ways you can be off the strait and narrow…

I can see the snow covered trees from where I sit, and watch, in amazement, the squirrel that runs on the underside of the branch where there is no snow.

The squirrel looks at the world and the snow and life as A is A.

If I suggested to you that you can do something like that in your life, you would have reasons not to do it. Because to you A is not A… A is what it should be for you to do what I asked you to do.

All to buy the right to remain the same.

To continue to live in quiet desperation. Powerless. Unaware that you are the cause. Ultimately.

Here is what I wrote to a student, just now…

I just wrote two articles, but actually proofreading and preparing it to be published takes time.

But they are a direct answer to your questions.

Your daughter is eating NOT according to her type… or she would not be sick.

The main job is to remove have to, need to, want to, and should… and turning all of them to “I get to…” a privilege.

I remember when I looked at life like that… especially on vacations… life was an adventure. I even got to go to school at any age: I loved going to school. I dreamed about moving into the school… how it felt when I was the only person. How it felt not having a shower, and yet being at home.

I just did what I ask people to do… caught the mood the have to’s create, and changed the wording to “I get to”.

It feels weird to have a glimmer, the stars in my eyes after so many decades of sadness and slavery.

2 thoughts on “The four core default contexts… or Why I stopped participating in Landmark Education?”