If investing 10 years in service of learning a profession, learning an art would make you a winner… then there would be a lot of winners. A lot more than there are…

…and neither do or know their mentors, their trainers, their managers, their teachers. 2

Capacities, DNA capacities are invisible. They are the seed level of any ability, of any success.

And because they are invisible, nobody talks about them. 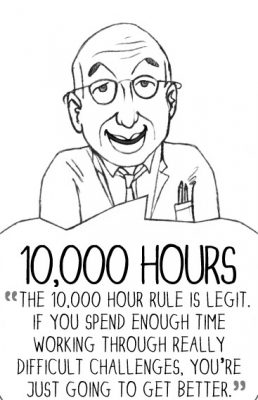 Abilities trained without paying tribute, without paying attention, without attending the seed level are unconscious abilities at best, serving the person only in one area of life. They become the skills that you don’t think are transferable…

Individual capacities are not enough… you really need a bundle of them.

Doing is not enough either…

If you look at Warren Buffet, you have no idea what is happening behind those glasses of his.

You don’t know that he has the capacity to find patterns. To see and feel the tendency patterns point toward. To find the same patterns even if it isn’t called a pattern, or if he sees them in an unrelated context, or an unrelated time period.

For a “normal” person, who he was before he opened up the capacity, even seeing accurately what is there is difficult. Refraining from replacing what is there with a meme. Or an opinion. Or an analogy.

Every time the Paris in the the spring is written on the blackboard, 99.99% of the people in the audience don’t see the second “the”.

Students who proudly tell me that they have really learned A is A… but what they write A = A, have no idea that they just told me why they won’t amount to anything until they learn to see, accurately what is there.

I used to be a firing queen… and I was never wrong in my firing… and nearly always wrong in my hiring.

Today I let students go only if they either don’t get what they need to learn to see, or they refuse to even look.

Finding patterns in history is missing for most people living today.

It’s not because they don’t exist: people don’t have the capacities that are needed for finding the patterns that are underneath the stories of different times. 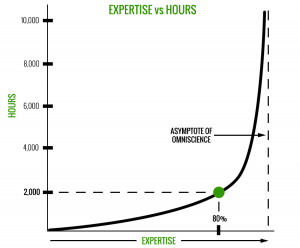 The mind is the great equalizer. Equalizes you around the level of the lowest common denominator. Lower than mediocrity.

Because the mind is not part of the intellect. It is a collection of rules, memes, that have rarely anything to do with what’s going on.

If you think your mind is important, then you’ll be less than mediocre…
The mind fancies itself both important and exceptional.

Sherlock Holmes said somewhere that the brain is like an attic: you can fill it with useful stuff or with trivia, and your life will be a result of what you have there. 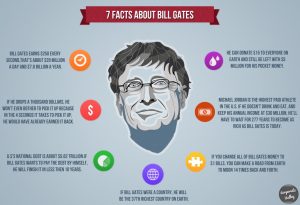 The reason it takes 10 years to go from nothing to something, because of all the capacities are needed to become something. And that is a slow process… after all you need to tweak your physiology.

If you asked Bill Gates 40 DNA capacities), Warren Buffet (30 DNA capacities), or any of these active billionaires to create a new billion dollar venture, it would not take them another ten years… this is the secret of serial entrepreneurs, like Elan Musk (23 spiritual DNA capacities).

Even Timothy Ferriss (20 DNA capacities) has developed enough capacities that he could start something brand new and make it a success… faster than the first time. 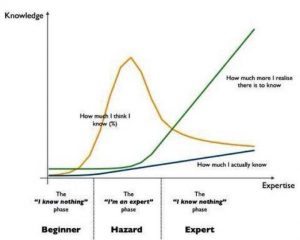 The average number of DNA capacities people have when they ask for their Starting Point Measurements is 1.

I have found that muscle testing will never say zero…

One of my heroes is Benjamin Franklin.

He came from no formal education, and no money.

He was an indentured servant to his brother, a printer.

He bought himself out of that, still a kid, traveled to Philadelphia (From Massachusetts) and became a printer, a writer, and then a statesman.

But everything else: he learned almost or very near to the seed level… the virtues. Virtues are as close to seed level as anyone can go… He failed more often than he succeeded, but the capacities that opened up while he struggled are what made him famous, and earn his place on the 100 dollar bill.

In my programs you are confronted with your soul correction… that you need to counter with some virtues… To date not one person has started to work on it in earnest.

I have, but people fight me when I tell them what they need to learn to eliminate.

From time to time, students gain insight, and they are grateful, and moved… but then nothing happens.

And I also want to thank you for the “private” conversation we had on the last webinar… I feel like this time you communicated something; I got much clearer about what my soul correction is, and it made me think in these recent days. Some pieces of the puzzles came together, and I got some of the things that didn’t make sense to me before, like what is humility, why it is important, and how I haven’t had any.

I’m starting to see how I have been avoiding growth and looking at other people but not so much at myself and my core issue, i.e. my soul correction. It feels like I’ve been completely oblivious to the existence of the invisible forces that keep me stuck, and your insight pointed me at them, opened my eyes to my actual (nasty) self a bit. I cherish that, and hope to keep it in view.

Unless you can document the missing virtues and wrong behaviors precisely and accurately, all the words you say will be weak and ineffective.

If you want to move something from A to B, A needs to be crystal clear, and the path needs to be set…

No clarity, no precision, no pattern recognition… no result.

Benjamin Franklin chose to gain clarity by diagnosing the way he was… eh… mediocre? bad? And set out to master the virtue that seemed to combat that weakness.

He successfully opened up ten DNA capacities… which is enough to be a successful statesman.

If you don’t know what’s “wrong with what you do” then you are a lost case… Sorry to break it to you.

OK, and some funnies… for good balance