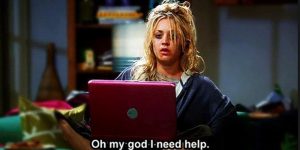 Like with any diet, both the what and the how are crucially important.

I’ll show you later in this article, that even if you eat the right things, if you eat wrongly, the how, you won’t feel good… you won’t get well. You won’t be present to life.

And so it is with your Netflix diet as well.

Here is how I watch Netflix…

I watch only stuff that will teach me the skills by pointing me to the capacities I could distinguish and then practice. I even take notes!

Whenever I see something noteworthy, I stop and contemplate it for minutes… long minutes. I consider Netflix my mentor…

The first series I watched was Medium.

I learned from it a lot. I learned that her first inkling was just an inkling… and it may have taken her to a place where she actually could see…

It was invaluable. I had never been taught that… It is still one of the main capacities I have…

It took some work to activate the capacity, because my “I know” nature always wanted to make premature jumps.

The second series I watched was Psych.

There is learned to see, not even looking consciously, and then recall when it is needed to detect a pattern, or to derive some conclusions from it. A lot like what Sherlock Holmes does, but more accessibly shown.

It was interesting to watch that for garden variety humans, this looks like a superhuman ability…

But anything that is trainable is not superhuman.

And although I am an empath, being an empath is not rare, and nothing special by itself.

I have met tens of empaths, but they could not do anything other than vaguely feel what they felt… so what? 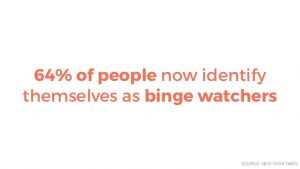 I have also known a number of mimes… but they don’t know how to move T5… Thoracic vertebrae #5… that needs training in addition to being a mime.

I had 20 capacities active when I discovered that I was an empath. I had some inklings, but I didn’t have a name, and didn’t have much use for it.

But in January 2011, when I felt how Theta Healing Vianna connected, I finally got what it means being an empath.

I added all of these 20 capacities through reading and watching Netflix. 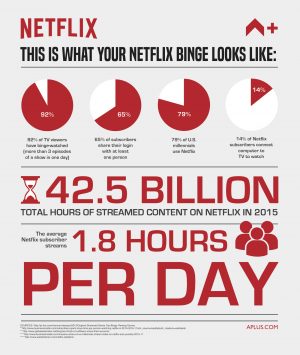 Watching Netflix… for the learning, is sometimes hard. I get all involved emotionally. I judge. I root for people, I want to protect “my” people…

It is a way to watch. And it may be OK… but the best way to watch is to watch for learning with one of your selves, and maybe be ordinary with the others.

And yes, no matter what level of vibration you are, you do have two selves… and it’s OK.

One of the newest “thing” I just learned from this Korean Series about the Baduk player kid, a few minutes ago, that if you play by the rules, if you honor and respect all the rules, you won’t amount to much. You have to break the rules.

Very uncomfortable, disruptive, and often leads to disaster… what it doesn’t lead to is mediocrity and deadness.

The same seems to be true about assumptions. 2 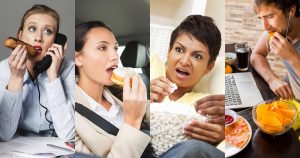 White hair is invisible, but the shadow it casts is totally visible.

A lie is invisible, and yet noticeable… because of the shadow it casts.

One of the recent things is another not so great example.

I have distinguished a few years ago that there is an energy that is coming from the arctic circle. The closer you are to it the stronger the energy. And when the wind comes from the North… it is the strongest.

This is why in Canada it takes a lot of vigilance to keep my energies (Source energies) intact, like the coherence of the water, or the heaven on Earth in the remedy. This is why I don’t ship energized products to Canada.

I live one hour south of the border… and this past week my own water started to not be able to get fully energized and my own cell hydration dropped to 30%… from 70%.

The effect on the water is the shadow…

You cannot really detect subtle energies with any instrument, or feel it directly, but the effect… the shadow… definitely.

There is another aspect of the energy: is it natural? Is it man-made?

I have noticed that the energy has a schedule… as if someone on the clock operated it. A human. Working hours… Hm.

And here is another example where the shadow points to a fact: I have to students who report daily on what they eat.

And the how is very important. Remember: how you do anything is how you do everything.

The other day I offered a sugar free candy to the driver of the community van. He wolfed it down. I said: it is best when you allow the dark chocolate melt in your mouth first, and then you chew the filling.

So I gave him another… and oops… it was gone again in a second. He was apologetic… he could not do it.

I trained myself decades to be able to control my mouth… To be deliberate, and contemplative about eating.

You could watch any of the billionaires: they are never in a hurry.

Hurry is hurrying past… past the shadow of something that must be noticed. Past the feedback. Past life.

Most people I know want to live more years… but put no life into their years. Because years are made up of moments… moments and more moments…

If you have no patience for the moments, the years will pass really fast and empty.

I have a measure of how well I live. Every Sunday I look at the past Sunday… If it doesn’t look like a year between the two Sundays, I know I was in a hurry.

I am getting better at it. Now I have as much psychological time between two bedtimes as I used to have between two Sundays.

It is all in the invisible… Visibly I am not doing anything different. But your life is not on the outside.

People who are busiest with social business have the least life in their years… I think. Because the visible is only 1% of all there is. 99% of life is in the invisible.

So when you are in a hurry, you chase something in the visible… missing life. 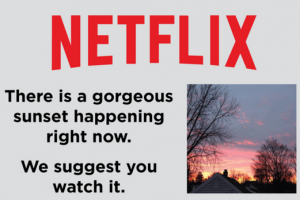 The masses, the crowds are easily swayed, because they don’t even have a rudder, they don’t ever go deep. So trending topics are for the masses… Crowd control.

Christmas is on everyone’s mind? Crowd control… Christmas is just another thing that casts no shadow… like a mosquito on the window pane… inconsequential.

1 thought on “Why and how I watch Netflix? How my Netflix diet is not binging?”