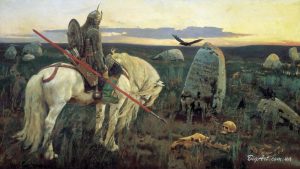 If you find yourself on the wrong road… trace your way back to where you went astray… and choose a different road.

Why? Because trying to go across to where you really wanted to go, without going back,  is fraught with death traps.

Humanity, some seven thousand years ago, took a wrong turn. In just a few words: they started to replace reality with word pictures in the mind. Concepts.

This took us to where we are now: not a pretty place. Any and every human is afflicted: no one is exempt.

An “avatar’s” job is to take you backwards so you can find your way from there… They have to have earned the right… by going back personally, backtracking themselves.

Most teachers try to cut across… oh the Buddhist, oh the Zen, oh the blah blah… they must know what they are talking about… b.s.

Maybe they know, maybe they don’t. But you haven’t done the journey back, so you are a second-hander at best, so shut the f… up! 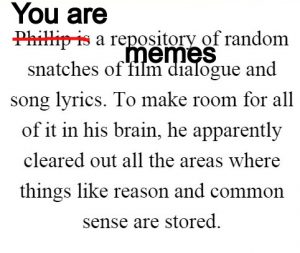 Seven thousand years cannot be undone, but I can train you to become someone who can tell the difference between words-created shadow-world, or reality. It is simple, but it’s not easy. No jumping. Process.

The fate of humanity may depend on this… and your personal fate: definitely.

The micro and the macro, the holographic nature of reality is true here: you, individually, have made the same wrong turn and humanity… and you can trace your way back, turn your awareness and consciousness back on, and know what to honor and what not to.

Just beware… if you go back only a little bit, you’ll find yourself, again, on the wrong path… Go back all the way to innocence.
—————

I had an interaction with my older brother yesterday. We talked about the weather, an about me having run out of basic food items.

He encouraged me to order home delivery. I knew that it’s impossible… but kept it open, and found out that it’s not as impossible and not as expensive as I had thought.

I got the grocery delivered today.

I thanked him for pushing me. His answer woke me up: he said it is time to become practical and resourceful with myself.

But if I really wanted to translate the word: it is becoming someone who handles life’s challenges well… who is a match to life.

I decided that it’s a feedback not a slight. It could go both ways… my precious “I” didn’t really like the feedback, but I think my brother is right. I haven’t quite related to life as someone who is a match to life. Hm… very strong wakeup call… indeed.

Someone who has gumption… Gumption means: shrewd or spirited initiative and resourcefulness… the dictionary doesn’t say, but spirited needs courage… and an abandoning of racket…

So let’s look at racket for a minute… not because it only deserves a minute, but because I don’t want to get too off-track.

Racket is one of the most important human dynamic… It has two parts… but more importantly: it is designed to look innocent and make you stuck.

The perfect tool to avoid having to be responsible for your life, for what happens to you… etc.

In my case, not ordering groceries online to be delivered gave me an excuse to feel like a victim, to present myself as a victim, to complain, and to show up clueless, and weak. In some roundabout way, a martyr.

When we were kids, my brother and I competed who can be a bigger martyr.

He was better at it. He used this racket to make people tiptoe around him, to soothe him, to do for him. Shrewd… and resourceful.

I fell for it, and I felt like a martyr. Self sacrificial… and indulging in it. I had a racket. He had a tool.

He is a millionaire, and I am not even close. 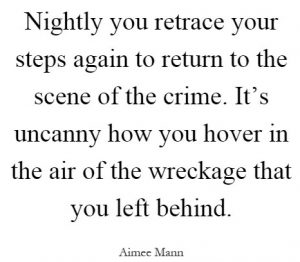 He saw through it, and told me in a way: use your capacities to innovate yourself out of a sticky situation: extreme cold weather, no car… And to my surprise, I had the capacities.

Why surprise? Because while you are in the racket you cannot see the way out…
—– 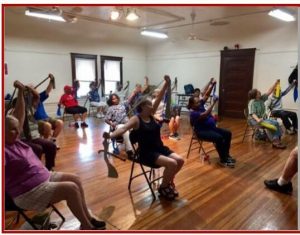 Today I trudged down the snow covered hill to the Community Center to my Tuesday exercise class. Three students showed up, including myself, and the teacher. Normally we are 20 or so people. It’s cold, it’s slippery, all circumstances.

Newly armed with the concept of “stroking” or human transactions, I turned the class into strokes galore…

I needed it, and everyone needed it: we were all cooped up for two weeks… in the arctic cold.

Being aware, having a context to doing things is amazingly useful and powerful.

Two things about it: it makes you feel good about yourself… instead of silly. Because sometimes silliness leads to strokes… giving each other high-fives.

When you know how to make people feel alive, you had it made…

I once had a student who was the life of the party… every party he attended.

But instead of building on his strength, he wants to make his money doing work for companies he’ll never meet.

Most of us walk around half dead… with not enough aliveness to get strokes or too stingy to give any… You don’t give any, you won’t get any… energy, strokes, needs fulfilled.

If you wanted to master one skill… just one skill, I’d recommend that you master this one. Giving and receiving strokes… causing people to get alive around you… so their spine doesn’t shrivel up.

I never knew, but I am excellent at it. And more important: I am so good because I actually enjoy it. And since I have started this in November of 2016.

This insight, that I have a racket of not taking care of myself is … wow, what word shall I use? Shocking? Takes away my breath… never suspected… lol. So you see, we are all clueless on one level or another.
As I was looking for the picture of our exercise class with yours truly 3 , I saw a few pictures of the guy who died six weeks ago.

I knew his health numbers were very low. He also spend a lot of time with doctors’ visits… and yet his death shook me deeply.

Many of the new people who come to me for their starting point measurements, have numbers similar to this guy’s.

Most of what we need to do for ourselves is part of the meme-system. But this meme system is also full of commandments, rules, and stuff that is not useful.

Remember, rackets seemingly let you off the hook of becoming all you can become… and substitute it with complaining. If you complain about your health, your marriage, your lack of skills/time/love, you are running a racket.

I am going to go out on a limb, and say: if there are words behind the need, then it is not a real need. Said in another way: if you managed to take away the words: would the need still be a need?

If not: it is a meme and it is a tail that wags the dog.

In this work our attempt is to return to the healthy state humans were before the memes… even though memes cannot be silenced. They are here to stay.

The movie August Rush is about a boy who hears music in everyday noises. Not guidance, not noise, but music. 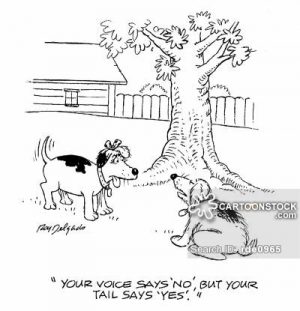 He hears… you obey.

If and when you can start hearing the memes that want you to live a life according to the desires of the meme’s designers (bud dudes!) you can start listening them as music and not commandments. Not rules. Not an accurate description of how life and reality is.

This includes the word of the bible, and everything your mother said…

All those memes made you forget to look, to observe, to see. Because the meme says: you know what’s there… you don’t even look. And unused capacities and the supportive neural circuits atrophy. You don’t see… literally don’t see any more.

Instead, you look in your mind, not at reality.

When I ask you to practice A is A, the conflict is between A, the reality, how it is, and the A that your mind sets up as if it were reality. Concept.

If you cannot reconcile reality with itself, then I can guarantee that you are miserable, fighting windmills, and a failure.

Quite moronic. No animal would do the stupid things you do.

So what is this “it is only a need if it doesn’t disappear if you take the words away”?

If you take away the words “I am tired” or replace them with “I have enough energy” or something like that… if you succeeded, the tiredness goes away. It wasn’t a real need to rest. 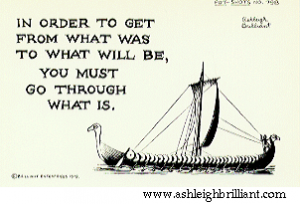 Same with hunger, need for companionship, and all the other legitimate needs.

Margoczi lists two needs that in my humble opinion, don’t exist fully without words: the need to meet others’ expectations of you, and the need to meet your own expectations. There must be words there for your precious “I” to feel devalued… so these are needs to a degree, but not fully.

My student whose entire relationship to reality is based on judgments (soul correction: Revealing the Dark Side) cannot be effective and happy in life, because judgments are all word based… what something should be instead of what it is… 4

The work we do here is all about the words. We only use emotions to find the words.

Because unless we do, we can’t return to the point where our ancestors lost their way and took a wrong turn that has taken them away from human evolution. The natural next evolutionary phase would have been “human being”… instead of the humans where the tale wags the dog… as we are nowadays… and have been for the past approximately seven thousand years.