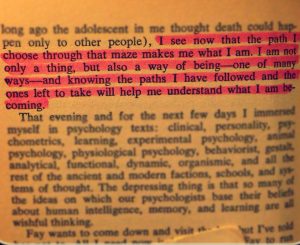 One of the remarkable things in the book, Flowers for Algernon, is the new awareness Charlie (Charly) has about his mental state.

When he was just a retarded person, he could see the shadow of the mental feebleness, but once he got smarter, when his mental abilities decline, he can see it directly… not only the shadow.

Of course, if you never realized that cell coherence increases your IQ… (mostly because you don’t habitually acknowledge the source of any result, you take things for granted, no capacity for appreciation, etc.) you won’t check your water… 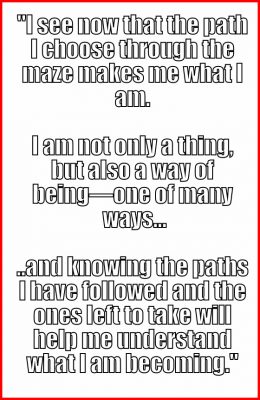 You are limping… yet never look at what happened. Never consider that you have an Algernon, the shadow, and you are Charlie.

This is most of you. I would say “all of you”, but of course I don’t know that.

OK, I have a sneaking suspicion that you didn’t understand a word of what I just said…

OK, if you are still here… reading, here is the story of Algernon and Charlie.

A research team invented a brain surgery that creates geniuses from normal people. They have tested it on mice. Algernon, a mouse, became a genius mouse.

Charlie is retarded. A nice boy, but retarded. He is you!

We find out what happens from his journal. 1

They perform the surgery on him. He becomes a genius… in many disciplines, can perform brain surgery, play the piano… can’t remember the details. He can do lots of things well, understand things most people don’t.

Then the eventual decline comes. He has Algernon, and can foresee what will happen to him. Algernon declines refuses to eat, and dies.

Charlie records it all in his journal. He has the foresight through observing Algernon… and the memory of what he could do… but not the ability to do it.

Beautiful story. But more importantly: it is a story of a person who is awake. Observant. And can see the bigger picture. To the degree that they can see it. 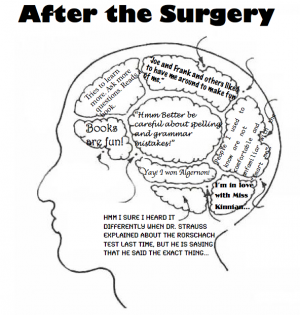 And he, Charlie, would ask: what made it go up in the first place? and he would look there… at the cause… not like you.

Charlie is, in a way, more intelligent than you. 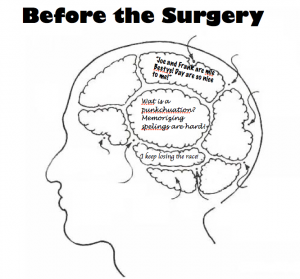 He is simpler, but is better at things he is good at: being present, observing, and maybe even knowing what the heck is happening to him… while you are totally sleepwalking.

Of course Charlie is a figment of someone’s imagination, a literary character. (Daniel Keyes)

You are real, and you are a lot like the deep sea diver who doesn’t understand that air bubbles always go towards the surface of the water… You, the deep sea diver, willfully, move in the other direction, fancying that you are smarter than the bubbles.

Meaning: you think you can ignore gravity. Yes, you can. Do it at your own demise.

I notice immediately when I get stupid. It does happen to me with some regularity. And then I slow down, and refrain from doing things that I normally can do fast and well. I look twice. I check and double check.

And if I think it is necessary, I find where I made a wrong turn… retrace my steps and return to the strait and narrow path where I am well, I am smart, I make less mistakes. For me it is almost always dietary mistakes…

Why am I writing about this now?

What woke me up to this was a picture. A student placed their headset with the Water Energizer audio, to play above the water level. He can hear the audio playing… but his water is not energizing. Why? He is playing it to the air… duh.

Many instances of stupidity are also a racket. Proving that no matter what you do, you can’t get from A to B. Snap out of it… Every racket is you lying!

You can run a racket… Fine with me. Just don’t be my student. Do it away from me. Please.

PPS: My favorite way to energize the water is in the refrigerator. I have the audio playing in there 24/7. The wire that charges the speaker is thin, and can come through the rubber sealing without a problem. So I never have to worry about it. I can hear myself sighing on the recording when I open the door.

The water is in containers… and I am in coherent water all the time. And a bonus: all my food in the refrigerator is also energized… lasts longer, and tastes better.

PPPS: the full movie is in the paid subscribers’ area… or will be in a few minutes… it is uploading now.