Mental toughness assessment: is that a move? A technique? Can it be learned? 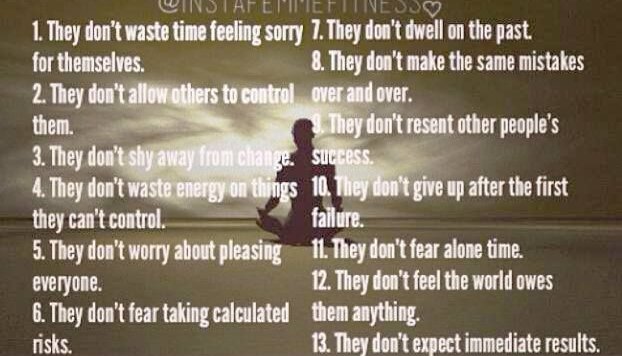 Mental toughness… is it really needed, and if it is, how do you develop into a mentally tough person?

One of my starting point measurements, the Twitchy Little Bastard score is about mental toughness. 1

99% of the people I measure have a TLB 1… meaning that they have NO mental toughness. Meaning that at the moment of threat, discomfort, challenge, they make a beeline to something easy, pleasurable, and safe.

But all the things you have ever wanted are on the other side of difficult, uncomfortable, challenging, hard, or maybe even painful.

Which means that 99% of the people who come to me will NEVER accomplish what they dream about, never get the results they hope for.

Unless, of course, if they find a way to grow their mental toughness score, their endurance, their ability to sustain their efforts when the going gets tough.

Anything you want to build is going to meet resistance in your body, in your mind… your body and your mind is in an ess… 2 it can drift the way it has been forever. Any change in intensity, direction, purpose, hardness is going to first wreak havoc in your system. It is anovoidable…

And now, with that said, you can see that the job of becoming mentally tough is becoming harder and more involved. You can’t just work out… but remain a chicken, or a pig in other areas. Either all areas grow together, or there is no growth… or the growth is just a decoration. I know people like that: big muscles, big wussy. 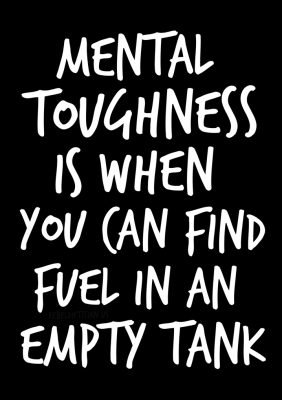 There are two ways to approach anything, really, but any challenge specifically. The first method is the forceful method, where you are going to pull out all the stops and overcome the enemy by force.

This is the method most people try to employ, and even if they succeed for a while, eventually they cannot sustain the force, and they will go back to how they were… fat, poor, lazy, twitchy little bastards.

You see, unless you see what is under the hood, you can’t win.

What is under the hood of a mentally weak, twitchy little bastard is where you need to start.

Here is an analogy: if you want to beat a car in a race, you either need a faster car, or you need to slow down the car, by disassembling what makes it fast and strong… give it poor fuel, disconnect some of its engine… makes sense, right? 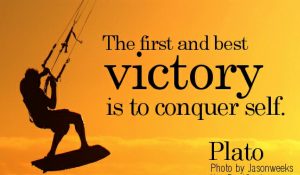 Yeah, all that jazz about mind, and mind power, is b.s. and works against you.

You want to disengage the mind, the engine of the enemy: I am referring to the car race metaphor here.

There are several stages of training to get to mental toughness… the condition you need to become worth a damn.

Can you become worth a damn with a TLB 1? No, you can’t. Why? Because the road to becoming worth a damn is long, arduous, and not for the faint of heart, the jumpy, the fidgety, the fickle, the twitchy, the “I wanna”… and the “it should”.

So, what are the tools and where do you get them?

As I said before, the tools are used to weaken what’s under the hood… You cannot effect behavior directly. Why? Because behavior comes after the invisible mental process…

I know, I know, your Twitchy Little Bastard self is already running for the hills.

But if you are still here, the first tool, the foundation for the process to become mentally tough, and be able to become worth a damn, is the Amish Horse Training Method.

Warning: every student of mine thinks this is for kids… and that they don’t need it. They pretend to do it for a week, maybe, pulling out the obvious low hanging fruit… and then declare themselves done and move to the second stage.

Anyone who does it this way will have to go back to the starting point to start over again… or they will just meander, lost.

If you master just one thing, this is what to master. You don’t MASTER it, and you won’t get anywhere any time soon, until you do. 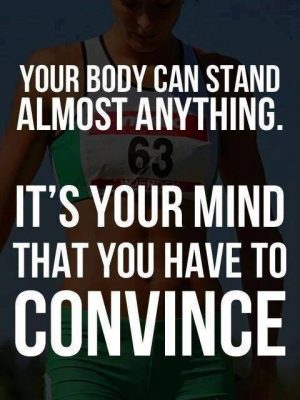 It will take time. It will take longer if you live a boring existence, shorter if you have some stuff happening, like a storm, power outage, accidents, illness… Not that I wish for any of those, but those make the voices louder and harder to miss.

Because the Amish Horse Training Method is about the voices. The voices in your head. That have been ordering you around since, it seems, forever… Until you hear at least 50% of the voices, you are nowhere near ready to move on.

What do you need to do with the voices? Nothing. Just hear them.

Arguing with the voices looks like a good idea, but is a bad bad bad bad thing… don’t do it. Negotiating, begging… same thing.

The goal is to allow the voices to become background noise: heard but not considered something to act on. At some point they will become funny… not funny yet? Keep on doing it.

The difference between doing it as an activity and doing it as a spiritual practice is the same (or similar) as going to church on Sunday, or being spiritual, connected to your god, every minute of every day.

Chop wood, carry water, say the Zen masters (I think it’s the Zen masters that say that), live it. It leads to awareness, it leads to consciousness being awakened, and puts you on the path to become an expanding human being.

Once you mastered this stage, you can move to the next hurdle: distinguishing all the memes that you honor as the truth.

Memes are thought forms… ideas. They explain how life is, how people are, how things work. Even if at the origin they were true, repeated they become a lie.

Unless something is your personal experience, when you say it, or live by it, it is a lie.

Living by memes makes you a secondhander, a moocher, a looter, using Ayn Rand’s distinctions, from Atlas Shrugged.

You want to disavow, disown all the memes, and start to discover life for yourself. 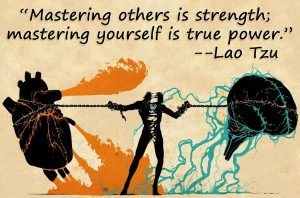 This is wicked hard. The ready building blocks, the memes, are there for the taking, and you can look smart, you can feel safe, superior, etc. without knowing what the heck you are talking about, without doing any work.

Your gurus and teachers are “meme-smart”, repeating what they heard and read somewhere.

The memes also tend to lull you into a delusional dreaming mode, where you imagine what you want, and it feels so real, that you don’t even feel that you have to do anything for it.

The memes is the level of the feeling traps… The desire trap, The tension trap, The fear trap, The game trap, The pain trap.

What should you do when you get caught in one of those traps? You should go back to the Amish Horse Training Method: you didn’t master it.

What pulls you into the traps are the voices you don’t hear as voices. The voices that you obey.

How long should these two stages take? Muscle test says: 11 months. It took me more like eleven years… but I didn’t know what I was doing.

If you go there without building a foundation and mastering level one and level two, you’ll become miserable really fast. Because without the foundation ‘A is A’ doesn’t make sense. You don’t know what A is… because you have all the voices and all the memes saying whatever they are saying… and none of those says “A”… So you don’t know what you are looking at.

Yesterday I had a webinar. I had the most interesting experience of someone who hasn’t done level one and level two. She was listening to me distinguishing A… and could hear any of it.

That is you… 99% of what is said to you doesn’t go through, doesn’t land, but gets lost in the maze of voices and memes.

Training yourself to be mentally tough also makes you a lot smarter. Coherent.

Now, to close this article, I’d like to say a few words about people who seem to have done no work to become mentally tough.

It seems that there is a cultural component… and of course there is. If you grew up with people who are themselves mentally tough, and actually do tough stuff to get things done… you are more likely going to consider hard as normal.

Because hard IS normal.

It will shape how much work you have to invest to raise your TLB… to the level where you are mentally tough enough that you can actually start becoming worth a damn.

And one last thing about mental toughness: it is not at all like will-power. You are either mentally tough or you aren’t. It takes no energy, like will-power does. It doesn’t diminish by the end of the day, like will power does. It uses no glycogen… It is a way to see the world… You either see it that way or you don’t.

It’s the result of mental toughness training, where you are able to see reality as it is to a higher degree than a “normal” person does whose TLB is 1.

TLB 1 is a person who cannot see reality for all the voices and memes… It is as simple as that.

2 thoughts on “Mental toughness assessment: How do you score?”