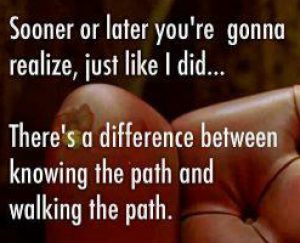 I like to call the phenomenon of not being able to see what doesn’t agree with your theory of life: theory induced blindness. A more popular and better known label for it is “confirmation bias”.

I see this every day with people who turn to me, who I coach, who I give a free strategy session to.

And I saw this in this video. 1

My one-time teacher, Werner Erhard was invited to Stanford University by this professor who teaches and writes about compassion… didn’t bother to learn his name.

The world view, the theory of these two people are, looked at from my vantage point, is so far away, that I attribute it to Werner’s weakened state. He is old and kind of decrepit… mentally.

The Stanford University dude’s vibration is 140… a tad above average.

Werner spoke a little… and spoke with coherence, but I could hear that he didn’t speak from right here right now… he spoke like a gramophone. Tree of Knowledge.

But what he said, at least some of what he said is a higher view of humanity. What the other dude said is the ordinary psychological crap… not worth saying.

Nothing that Werner said was heard by the dude. He heard none of it.

But what was mind boggling is that the audience equally appreciated everything the doctor dude said and what Werner said.

Yesterday a student of mine asked if she should take notes while watching my webinar replays.

If you take notes the way most people listen… approximately, hearing really only your own narrative, then please don’t take notes.

If you take notes like another student of mine: imprecisely, then please don’t take notes.

If you take notes the way I take notes, or better said: the way I used to take notes when I was learning the vocabulary of the inner, then taking notes is an invaluable tool.

Let me explain: the words need to be first learned to become your words. Truth repeated is a lie… meaning it is Tree of Knowledge. You want to make ityour knowledge. You need to start with the exact words. It is, at this stage Tree of Life knowledge, but you can turn it into a knowledge of your own. This process is what causes a new world view, a new way of seeing, a new way of being in the world.

Without this, learning is just a bunch of disconnected insights. The shelf-life of an insight is only seconds. You can see it on 999 in 1000 participants in the Landmark Forum.

It is unusual for a human to behave that way. To learn the exact words. And to make them their own. 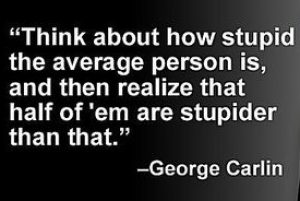 A human thinks themselves smarter than everyone else, and they disrespect the words of people. They disrespect knowledge earned. And they are punch drunk with their own words, whether they are words that make a difference or just plain toxic.

The unspoken word of a human is to twist everything so that the only thing that remains is their own word, preferably witty, or narrative, or just plain inane. Humans don’t want to learn. They are driven to stay the same.

Human, although it is called homo sapiens, if quite moronic. More because of his attitude than because of lack of capabilities.

In the work I teach, in the work I suggest, this moronic, self emphasizing way of homo sapiens is the enemy. 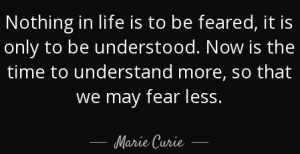 So one could say that the root issue of homo sapiens is lack of respect.

In the age where everyone can publish their words, this is becoming more and more evident.

And everyone is talking… hell, people don’t shut up! The noise is ear shattering.

On the next evolutionary stage of human, human being, humans will not talk a lot.

There is a Landmark Education Course, where you are supposed to learn, verbatim, word by word, a few paragraphs, and deliver it to your partner… It’s called paired sharing… your partner is the person who sits next to you in the class. 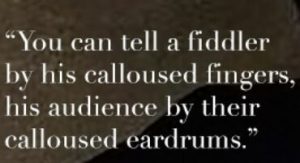 I did this course a few times… Even with my type of listening, I still don’t hear everything the first time around. I hear 40% the first time, 60% the second time, 70% the third time.

You hear what you recognize. Cognitive bias.

If and when you force yourself to take notes, verbatim, you increase what you hear. If you take good notes. Not transcription. Transcription is a mindless process.

I have had transcriptionists working for me. They didn’t get any of the stuff I said. So no, not transcribing.

Hearing and putting it down. Only the things that strike you as important. Where the wording is weird… That you don’t understand.

If you watch Werner (on the video at the bottom of this article) defining integrity’s effect on workability, you see how precise and unchangeable the wording is.

Contrast that with the Stanford doctor dude’s nonchalant emotional gibberish… And he wept… Aaaah… said the crowd. Ugh. He must be sooo spiritual and sooo compassionate… 🙁

Here is the bad news: all psychological, spiritual, even biological books, articles speak the language of the nonchalant gibberish.

There is a methodology I teach in the Playground. The purpose of the methodology is to alter the past. It won’t alter what happened: nobody can do that. But it alters what you were left with, the hurt, the fear, the disgust, the confusion, the feeling that you were abused, etc.

The whole methodology is based on bringing distinction to speaking, to start speaking as if you were already beyond being a homo sapiens getting angry over spilled milk.

You change the language, you change life.

The current language keeps you unhappy. The new language allows you to call the shot, and be productive, happy, loving, caring… and live a life befitting an intelligent being.

The starting point measurements is a measuring tool.

Another measuring tool I have used, before, the Value Profile… and that is where I learned about the importance of clarity.

The mind is a machine, hellbent on survival, whose logic system is “Everything is the same as everything else … except not always.” As soon as you notice this whatever you hear sounding like (and therefore somehow being similar to) whatever else, consider that’s just your mind at play, doing what it does best. It only gets in the way. Thank it for sharing, then let it go.”

I call it vocabulary, and I call it clarity.

You hear, accurately, what you can hear accurately. The rest you’ll explain away, narrate, compare it to something else. You Blur. You create Fog. Chaos. Confusion.

You create unclarity. And that is where you live. In that fog.

The clarity number is highly correlated to your chances of success.

I have been attempting to cause some students to raise their clarity number. I have found that rackets block the way. Rackets that have the payoff of “getting off the hook”, looking good, avoiding responsibility.

After all if you could have clarity, you would have to act on what you see, instead of being this feverish, selfish little clod of ailments and grievances complaining that the world will not devote itself to making you happy. 3

You see when you can get away with not being clear, the mind, the homo sapiens, wants to. There is a sick pleasure in that, “I won…” or “fooled you…”

You won not in life, you won against life.

The two options for living are:

Truth be told, the war is not with fear, the war is with the mind. Fear comes from the mind. As does laziness. Or resistance. Or superiority.

So singling out fear is imprecise: most of the people I teach don’t even feel fear, but other restrictive and deadening emotions that tell them to quit, stop doing, stop striving, stop trying.

We call these voices. The voices speak words, and the words have marker feelings… that is how they work on you.

The problem with affirmations, for example, is that you actually feel nothing. No marker feelings. No effect on you.

Same with hypnosis, by the way. Unless, by accident, the words of the hypnotist hit on a set of words said in an exact order, no marker feelings and no results.

Marker feelings are personal. So unless you have had a set of words produce a certain attitude before, the words have no power over you.

Most of the marker feelings are negative, jarring, horrible.

All come from words. Words that if you listen, you can hear. All words you have heard before, all words confirming something bad about you, about life, about the future.

And the clearer you are that the voices, those words are part of the machine to prevent you from being happy, productive, from becoming all you can be, the more distance you’ll create between your self and the voices.

And start producing results in life.