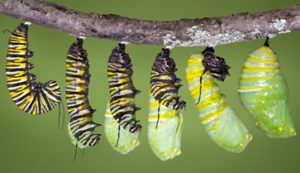 Many of my visitors fancy themselves butterflies…

When I do their Starting Point Measurements they are caterpillars… with a big ego. With a sky high self-image. A delusional Self above the clouds.

This video is about creating high vibration so you can have what you want, not just a big ego:

Find out more about this magic manifestation method >>>

Please note that they don’t ask for their vibrational reading because they want to know… no. they already KNOW that they are the special butterfly people… When they get their results, they tell me I was wrong, or a fraud, or evil, or whatever. They post on social media. Create a website just to tell everybody how wrong I am.

The behavior, the attitude always gives your real vibration away. For example vengeance, like the woman with Dean as husband… the vibration of that behavior is 70. Nothing wrong, I used to have an even lower vibration… it is not fixed… you can start where you are.

Why would I recommend against thinking yourself butterfly? What may be wrong with that attitude? Doesn’t it make you happy?

No. Your internal tension is probably unbearable… and it’s killing you. How many ways?

But every interaction you’ll have will be misdirected.

If in your world the third floor is where butterflies are… you’ll speak butterfly language… that the people around you will either reject or not understand. Why? Because you are not on the third floor.

It’s as if you thought you were in France… you’ll speak French… but you are really in British Guyana… where people don’t speak French. And you take a lot of price in not being understood… you are better, higher, blah blah blah.

2. Your actions will be delusional. You’ll do things that don’t work, or don’t produce the results you expected them to produce.

I was a tad dull yesterday morning, I noticed. I made sure I didn’t do anything that required me to be sharp, astute, and to have a wide cone of vision.

Then I had a call scheduled, so I took some time to make myself coherent… so by the time the call comes, I can be my sharp all-seeing self again… And it worked.

But hadn’t I noticed that I was dull, I would have proceeded as if I were smart, piling up mistake after mistake. In fact, by the increased number of mistakes is how I noticed I was dull.

As you see, if you are not self-aware, you’ll miss it. And missing it is easy. Being self aware is neither easy, nor always pleasant.

I have heard it said that what irks you about other people most is what you don’t see about yourself. Knowing that saying is one thing, but seeing that you have the ugliness that you hate in the other… now, that is not easy to see.

One of the ways Source does that is songs. A song will come back again and again. Mostly Hungarian songs… for me.

The other is books or movies or Netflix series. Gnawing at me. Again and again.

I always obey these guidances. I just re-watched eight episodes of a show. Muscle test says: the thing I need to see is in the second season. And that I won’t be able to miss it… lol… Source thinks more of me than I think of me.

Anyway, there it was in Season 2 Episode 1.

I saw it. A character I HAAAATED! was grabbing and holding and not letting go of something she didn’t even want.

I am not sure what made me see it… maybe because I was verbalizing what it was that I hated about her.

Now, what did I see? I saw that I hold onto things that I don’t need, that I don’t want. In my case it’s not people… but things. And I saw that the story is that of the monkey and the banana.

As long as the monkey holds onto the banana, he cannot pull his hand out, he cannot be free.

In the series the woman let go of her attachment of her ex, and found peace. Very significant.

My job is to let go of MY stuff, so I can be free.

It’s very easy to just keep on schlepping around the stuff… and have no freedom. Letting go… now that is very scary.

And even though I have done it a few times in my life before, it only tells me I can… but it doesn’t make it easier.

Moreover, each time there was an outside circumstance that made it a must… which I don’t have now…

My hunch that the death scare was meant to create that… but it didn’t work.

Self awareness is a gift… and it can be a bitch…

Where I am at now is an ess… evolutionary stable strategy… But to go to my next level, I need to let go of the ess… throw a monkey wrench into the works, create mayhem and havoc…

And you see now why there are so few people who actually do any real spiritual work. And maybe you also see that people whose circumstances… near death, death sentence, death scare temporarily are pushed out of their ess, and often when they return to their lives, are on a higher plane than they were before.

Not all of them, but many of them.

Those people who proudly proclaim that “you cannot talk butterfly language with caterpillar people” are just fakes… not really on a higher plane. Other than in their imagination.

Why did I write this article? Is it in my best interest to make so many people hate me?

4 thoughts on “You cannot talk butterfly language with caterpillar people”