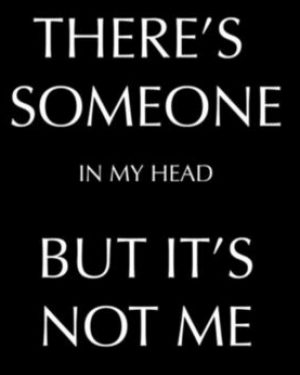 In my view, there is no god, there are no angels, entities, and such. There is also no devil, no hell, no heaven, no afterlife.

But, because humans even on this level of evolution where we are, can create stuff with their thoughts… gods and angels and entities and other stuff.

So at this point (it may change in the future if research and experiments reveal stuff I am not seeing now) my theory is that there is Dark Side and it is created by humans. It’s all thoughts.

Now, with that said, where does it come from what I say, that the voices you hear in your head are the Dark Side? Or the memes…

Because I say that.

So, what do I consider Dark Side?

These are my premises. If my premises are wrong, the whole theory is wrong.

OK, let’s speculate what it means, what it can mean, the Life wants more life, that Life wants evolution? 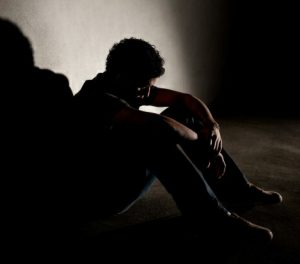 Using the tool of inversion, what would it mean “less life” and “devolution or stagnation”?

Also causing, obviously to me, devolution or stagnation. Both on the individual level, and society/civilization level.

Anything that can cause this diminishing of life force and devolution is what I call Dark Side.

When I look at people’s Starting Point Measurements, I see a diminishing of life force and devolution.

And when I look, I see that it is always, and in every case, is caused by some words.

First by the parents/caretakers and then by the voices and the memes.

But they are always words. 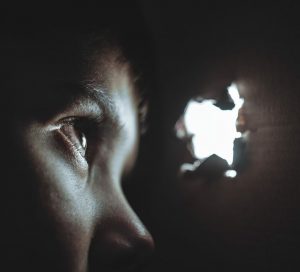 In yesterday’s Amish Horse Training public webinar I spoke about the voices. The voices that order you around, criticize you, judge you, blame you, discourage you, try to encourage you, soothe you… the combined results of the voices is a serious diminishment of the life force, of ambition, of energy, or a sense of self.

The memes explain how the works, so they can spare you from experiencing, testing, and forming your own view of the world.

Obviously causing a diminishment of the life force and a devolution: you are given everything you need to navigate life… except that it is all second hand. No joy, no fulfillment, no effort, no life.

Interestingly, everything you have ever read is a meme. Until you make it yours, even what I write is read as a meme, lives as a meme.

Your unwillingness to think for yourself, to test, to ponder, to cogitate leaves them a meme or memes… useless and leave you unchanged. 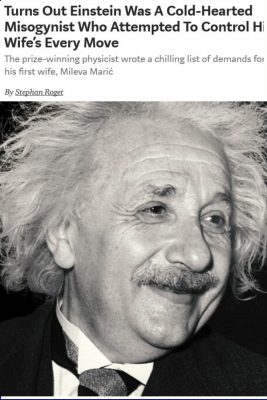 This morning I looked at a few clips from the Oscars from last night. And read an article about Einstein, before I started to do anything.

I saw that anything that makes people campaign is, looking at it from the point of view of what Life wants, is suggested by the Dark Side.

You can fire up people to campaign for it? words from the Dark Side.

Some more harmful than others, but all are the opposite of what Life wants. 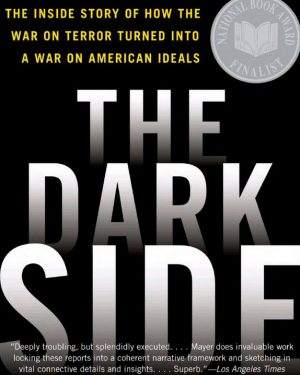 If I spelled it out, I would invite attacks, so I’ll refrain… not in the mood to be buried under an avalanche of angry voices.

But I’ll go into the second, even though it is just as dangerous: the article about Einstein.

Einstein wasn’t an all around nice guy. He treated his wife not in accordance of the memes that require every man to cook, partake in house work, and be faithful, meek, subservient to their wives… even if that means never have any time to think, never know what they want, and never invent anything that forwards science, or whatever.

I am not a nice person. Far from it.

I have nice students… being nice is a huge impediment.

I have a woman I spoke with, who is struggling with this exact thing. She is nice. But wants to be alive… There is this huge unbridgeable gap there. Between what the Dark Side says: what and how and when she should do stuff, and allowing her undeniable life force to guide you.

She has the markings of a high achiever who can create a life with high satisfaction. A life worth living.

But the voices, the expectations (the memes) will probably kill her ambition, kill her life force.

I have always had the independent spirit… I have always been a troublemaker (i.e. I didn’t respect the memes) except when I lived with a man. They I reduced myself to a meek person, who was nothing like I really was.

Eventually the life force in me recovered and overcame the societal self-imposed serfdom, and I escaped the relationship.

So yeah, the memes are all Dark Side.

If your courage survived the indoctrination, then you can. Will you? We shall see.

OK, one last question that unless I answer it here, this article will leave you sensing that this article, like thousands of similar ones is just a meme…

Is it a thing? Is it a who? Is it an entity? Is it like god? Can it DO anything? And why connect to it?

OK, here is my answer of what I connect to:

Source is a storehouse of knowledge of sort. You can call it Zero Point Field, and you may be right. It is through all and in all. It is the space between matter.

It is also like a computer. It needs to be fed data.

This is the hardest thing to fathom, but is my experience.

About thirteen years ago I realized that Source doesn’t know everything. It didn’t know much about humans… it knew next to nothing.

So, when I looked what it is that I am supposed to do with my life, I saw that feeding Source knowledge, through allowing it to observe, get impressed, decipher through the work I did with people, it can be made to know about people.

I did it for selfish reasons. I needed a more intelligent pair of eyes, pair of ears, brain, to see the patterns, see what there is to see, so all can be seen.

And because of my relationship with Source, the fact that I can connect, I can get answers that go beyond what I figure out from the limited perspective of the human brain.

So I have been doing this for 13 years now.

The moment someone suggested that I can connect to Source, I connected. I have learned several ways of connecting since then, but what is most important: I am connected. I am not speaking from my wisdom… because I may not have any.

I test everything I say with Source.

The truth value of this article is 90%. Some of my “wisdom” must have slipped in… lol.

Now, if this is true, then your most important steps to raise yourself out of this human misery is to

0. Get your Starting Point Measurements, so you know where you are when you start

You’ll be on your way to become a human being, the next level of evolution for humans.