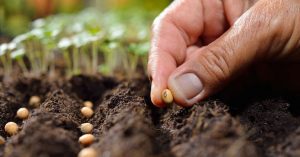 So I get up, as always, shuffle to my computer, make my first come of tea with hemp and butter, and tackle my students’ emails…

But then I make a mistake. I look at my email from Medium, and I can feel as I am being dragged away from what is important to me. I am not on the straight and narrow… I am on someone else’s agenda.

And although that agenda may be informative, helpful, close to mine… it is still their agenda… and the further I go from what is important to me, the harder it will be to find my way back there.

If you are in the 67 step coaching program, what you said with that, signing up, that what is important to you is becoming all you can be, by doing tiny steps converging in a life worth living.

The problem with tiny steps is that they are not flashy.

You are doing imperceptibly small steps in imperceptibly different way/attitude whatever is the how there. Not flashy… in fact no news crew would come out and video you as you are building that amazing “life worth living.”

For many people, even finding a purpose, a meaning big enough to inspire them will take many many tiny steps before they get to it.

The shelf-life 1 of a life purpose, an insight, a possibility is merely seconds… at least in the beginning.

This is a lot like gardening: the “shelf life” of a seed sown (to scatter seed upon the ground or plant it in the earth) on bare ground is minutes: it will be gobbled up by a bird that is looking for its own agenda.

So how do you extend the shelf life of your purpose, of your ideas, for what is important to you?

By protecting it from all the agendas that other people have for you. 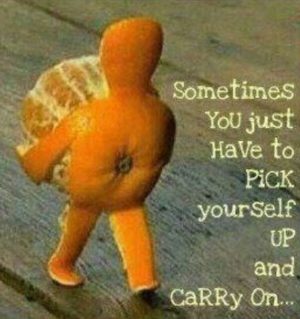 The reason some high achievers get up early and do things in their lonesome is to become present to who they are and what is important to them. 2

Don’t be mistaken… a night, sleeping, dreaming, takes that away from you. Why? Is that important? Is this question going to take you closer to what’s important to you, or further?

Understanding is the booby prize… asking questions of this kind is telling me that you don’t care about the seeds that you have sown. That you won’t protect it, you won’t nurture it, nourish it, so it can grow into something worth having.

It will be decided where the rubber hits the road… The questions you ask, the attention is directed by you, or by someone else’s agenda.

And it was decided BEFORE you came to this site.

I have no tools to influence you. Because I honor free will.

I know lots of people argue about free will… and it’s OK with me. I won’t get involved.

But because you are reading this article, I’ll tell you about free will: you have free will in what you consider important to you… or not, in how you direct your attention… or not, in what you listen to… or not.

Whether you consider yourself your mind… or not. Whether you are willing to do the work to get out of the mind, Plato’s care… or not.

You have free will… and I don’t mess with free will. 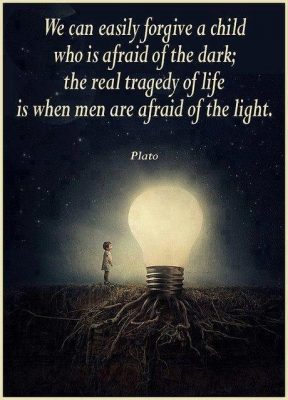 I had this “conversation” with one of my students whose mother sounds like me: authoritative, know it all, my way or the highway, etc.

So she hears her mother when she listens to me.

But her mother’s how, her mother’s “to what end” is agenda driven: you must do as I say or I’ll end up burning in hell.

I have another student whose mother said: you either do as I say or you are not part of this family. He was seven or eight years old.

So most people hear me as their mother or their father… punitive, either or, very conditionally accepting.

They are, in fact, enchained (bind with or as with chains) in that.

It takes me a lot of work to wake them up to the fact that certain tone of voice is just tone of voice. That they could expand their cone of vision and include other aspects, like agenda.

Most people come to you with an agenda that is theirs. I don’t like agenda, but that doesn’t mean all agenda is bad… it only means that for me agenda is oppressive… and I don’t like the feeling of being pinned down… being forced… being limited. Personal experience, really, nothing “universal”…

The question to ask: to what degree what I want to do with my life is being represented in those emails. Or facebook. Or the newspaper. Or whatever you use to not having to be responsible for what you are up to, for what is important to you.

It is very difficult to say: this is not important to me. What’s missing is the courage to be a Self. 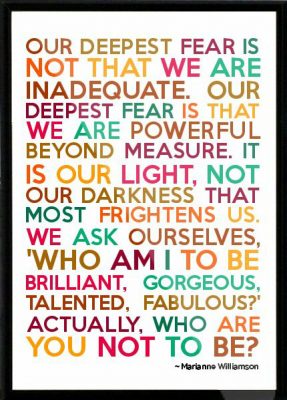 Which, in a way, tells me that 99% of all humanity suffers from courage deficiency.

Yesterday’s Playground, two hours and 14 minutes long, was full of all the stuff that you can’t see, can’t hear, because of some limiting factor, like the tone of my voice, or the other things that remind you of something really really scary that you were the victim of.

You can get the recording. It’s not cheap. So far, I think, we had three calls… and I am planning on having 4-5 more. If you missed getting on the live calls, but want to know all the things we say… get the recordings.

Some people pay $20 a pop for my Sunday rants. And they say it’s worth it. And I know it is. Every Sunday.

My paid webinars, like the Playground, like the Amish Horse Training Method… or in fact any of my 400 or so webinars, are worth at least that much.

Are you afraid that you get caught in the energy of what’s possible for you and your life? 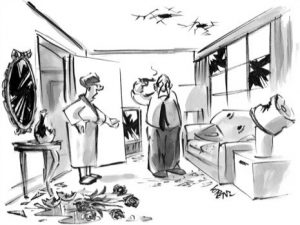 Because if the desire to be all you can be is close to the surface, you may get caught. And… horror… you’ll feel like building that life… and then… horror… you’ll have to say “no” a few times, or many, and you will become unrecognizable, to yourself.

The shadows of all those wonderful things outside of Plato’s cave, the mind, look really threatening and scary inside the cave.

Every person, every time, comes to the call scared. I remember when I was like that. I would even get sick. Get a fever blister. Diarrhea. Stomach ache…

I could not sleep the night before a course, seminar, or other opportunity that had the potential to help me become who I am.

Until I moved out of Plato’s cave. Out of the mind. To where life is actually happening.

Not much is scary here… Except stuff I am not attending to… lol.

I am not quite ready to tackle those… But when I’ll declare that they are important to me, I’ll protect that idea with all I got… Not yet. I am still protecting what is important to me now.

PS: This morning, in my answer to one of my students, I saw that some of the episodes of Star Trek are eerily lucid.

The episodes involving The Borg especially. 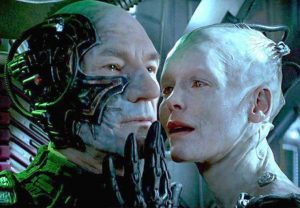 What you want is not important. And it takes courage to want what you want.

Instead you become dominated by wanting the inconsequential, the shallow, the never fulfilling, in a forever hungry, yearning, never ending cycle of wanting, seeking, where everything is the same as everything else. No Self, no courage, no Will, no distinction.

This is where humanity is at the present time. Vibration 120 on the vibrational scale. Not happy… because what makes you happy is individual. It is from the Self. And it is not available inside the hive mind. 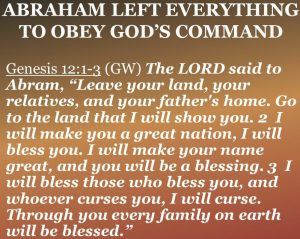 In the Old Testament, 3 in Genesis, is the key: The LORD had said to Abram, “Go from your country, your people and your father’s household to the land I will show you.

The hive mind wants you to honor above yourself family, nation/country/community. And you probably do.

When you read the newspaper, watch the news, read the emails, hang out on Facebook. That is what you are doing. And you say: that land that god will show me can wait…

Consider that the god in the Old Testament is you Self… that is who you have been disobeying, while you pretend that you are looking for it.