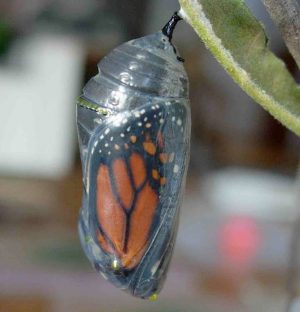 I clicked the publish button by mistake… Which means I’ll add my notes to this article as soon as I can and republish it.

But my notes are going to be very disappointing for many… because this article and what is says is 60% truth value… and applies directly to humans, not only to butterflies and caterpillars.

It, in essence, says that in order to go on a higher plane of existence (butterfly) you need to die your current one first.

And this is what it’s all about… How to die your current existence, and take NOTHING from it to the higher plane.

In my upcoming Money course… no name yet, but I am leaning towards “transform yourself so money can come to you”? too long? hell yeah…

Instead of teaching you tricks, I’ll endeavor to transform you from a caterpillar to a butterfly.

It starts today… with a free webinar workshop…

It is for me to learn who to take in the real course, and who to not…

Register in the webinar…

Replays will be available only to subscribers to my site.

Did you know that caterpillars are not “transformed” into butterflies? In metamorphosis (the name of the process), a caterpillar is liquefied—nothing remains of its old nature. Only after the creature’s death can an entirely new creation, a butterfly, emerge!

But most people’s image of the process is more like Eric Carle’s classic children’s book The Very Hungry Caterpillar, in which the little caterpillar “makes a cocoon around himself and goes to sleep, only to wake up a few weeks later wonderfully transformed into a butterfly!” (amazon.com)

The Very Dead Caterpillar would probably have sold fewer copies. But it would have been more accurate.

When I was a kid, I used to love going to La Mirada Creek and catching those pudgy little pre-frogs we called pollywogs (you may have called them tadpoles–I forgive you).

I would bring them home and dump them into a tub, and then watch with fascination as they shed their tails, sprouted legs, and crawled out like showroom models: “The new Frog!” Now that is transformation (“change of form”) and it’s majorly cool. But it’s not what a caterpillar does.

After building its own coffin (cocoon), the caterpillar seals itself inside—and dissolves. And then, in a process only vaguely understood by scientists, that stew of free-floating genetic material undergoes a complete metamorphosis (“change of nature“).

In other words, butterflies are not souped-up caterpillars, they’re entirely new creations made from caterpillar soup!

Not surprisingly, caterpillars and butterflies are used as spiritual symbols in virtually every country on earth. But because the real process is so radical and so little understood, they’re nearly always represented as symbols of transformation, rather than metamorphosis. To be fair, many religious teachings do help people become better caterpillars.

But that’s not enough.

According to Jesus, God doesn’t want souped-up caterpillars, he wants butterflies. He wants us to die to ourselves (Luke 9:23-24) and become completely “new creations” (2 Corinthians 5:17). Just like caterpillars do.

The Apostle Paul (in the Greek language of Romans 12:1 and 2) describes the process of metamorphosis like this:

“Present your bodies as a living sacrifice (build your cocoon and get in!), holy (‘set apart’), acceptable to God (nothing short of metamorphosis can accomplish this)… Don’t be conformed by (don’t take on the ‘shape’ of) this world (or ‘age’ or ‘era’), but (instead) be metamorphosed (changed in your very nature) by the renewing (‘regenerating’ or ‘re-growing”) of your mind (the Greek word for mind is psuche—the same as the Greek word for butterfly!) so that you may be discerning (only by being metamorphosed can you know) what is the will of God (as opposed to the will of a dark, fallen world), what is good, well-pleasing, and perfect (‘complete’ or ‘whole’—in contrast to the incompleteness and brokenness of this world).” 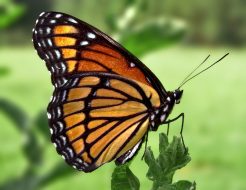 Caterpillars and butterflies are the world’s most popular symbol of transformation. But they’re also a far more powerful and challenging metaphor than most people realize.

Now, if you are wondering what the heck those Bible people, Paul and Jesus meant by what they are saying, obviously there are many models to look from… the worst is to try to change your mind.

People who say “I can’t” have an “I can’t machine” that they didn’t recognize as the machine, so instead of living life as a free person, they became their machine.

Learning your machine is work. Inventing being a person who lives free inside the machine is a many-step work, and takes a while.

When you are reactive, try to fix the machine, complain about the machine, fight the machine, you show that you didn’t take time to become the kind of person who can be anywhere, and be free, happy, healthy and rich.

In my book this is the part, the reactive, fixing, complaining, fighting caterpillar you need to kill to become the beautiful butterfly.

It can be done. It’s a degrees game… not a zero sum game, not a pass/fail game. I have done it 70%. I am working on getting to know an aspect of the machine I have been blind to. And invent myself inside the machine as not the machine…

It won’t, just like for life to exist on this wobbly planet we live on, it has to be wobbly… (I think… lol.)

The work I put together from what has worked in what I learned elsewhere, and what I have been lead while doing the work, actually works. It’s not easy. But it’s step by step, doable, and is getting done by some of my students.

PS: the more I look the more I see it… The caterpillar/butterfly metaphor is not even similar to the human condition… in that the butterfly seemingly leaves the cocoon and flies away. That is why people like it, love it, claim that they are butterflies.

The butterfly has liberty. Humans have some liberty, but not much. They have freedom. Freedom is an attitude that comes from recognizing your limitations.

Nelson Mandela (I feel) was free in his solitary confinement in South Africa. You are trapped… trapped in your machine. Feel trapped. Act trapped. Act like the machine.

You become free when you and your machine are not one. When the machine is the machine and you are you. THEN you are free.