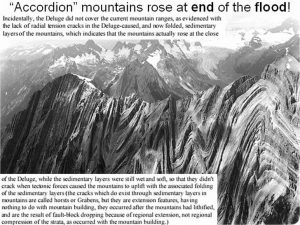 In the history of the Earth there have been five other attempts for Life to create intelligent life. Millions of years separating them… Atlantis may not be a myth, just didn’t happen in our time. Civilizations don’t overlap. 5

Our civilization is heading toward the same self-annihilation, unless… Unless human being happens.

In the analogy of the butterfly and the caterpillar, people accurately see human being vs. human. The caterpillar gobbles up everything with insatiable appetite, without any regard of anything else other than its own appetite. Its vantage point is seeing only its immediate surrounding, both spatially and in time. And it doesn’t care. It just wants to eat…

The whole world is intent to teach humans (caterpillars) to be a better human, a smarter human, a more successful, a happier, a healthier human. That is what every book, every article, every video teaches, almost without an exception.

The gurus talk about the world of the human being, the butterfly, but they haven’t been there, and they cannot lead you there: there is a bunch of tools you need to learn, there is a whole dying and rebirth that you can simulate with woowoo, shamans, drugs, but simulation is not going to get you there.

The main difference between the two paradigms is the perception of reality.

The human lives in Plato’s Cave, thinking, fantasizing, talking about reality as if it could be described, seen, from the cave.

The story of the 3 umpires shows it best.

Here is the story again, for those of you who don’t remember it:

Three umpires are interviewed. Each is asked the same question: how do you call ball. 7

Their relationship to reality is the only difference between them.

The seasoned umpire has the ingredient that a rookie or a journeyman don’t: the power of their word.

The rookie and the journeyman live in a paradigm where words describe…
The umpire lives in a world where words create.

Of course everyone can go around telling stories, but there is a fundamental difference between that and “it ain’t nothing till I call it” creation.

Unless your word has power, you are just bullshitting, dreaming, or doing incantations, affirmations and other ineffective busy activities.

For human being, it isn’t the world that changes, it is what he sees changes.

This capacity, to call the ball, is not an ordinary capacity, and it is in synergy with many other capacities. This is why it’s so frustrating to me that I cannot teach it… because I cannot, I haven’t been able to… it feels like a ball of wax, not like a ball of yarn.

This whole website and all my courses, workshops, energies are designed to take you to human being.

It seems easy: you declare something with intention, and it becomes so.

And it is almost like that for a human being… but living in the world of humans, where everyone jabbers 24/7 about stuff… using descriptive language, the hallmark of a human: rookie umpire… it takes work and integrity to make all your molecules align behind that declaration, behind that declared reality.

As an empath, I feel where the power to declare and have the world follow suit comes from.

It is NOT mind power. It comes from the same place as attention comes from: not from the brain… 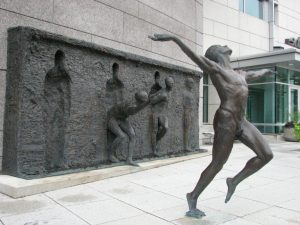 The sculptures of which I saw many, growing up in communist Hungary, are the perfect illustration: there is a pride, a raised head, an inspiration in those sculptures of the working class winning their right to be people again. 8

Even the songs of that era speak the language of human being. 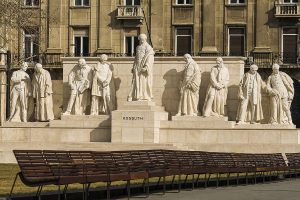 Compare those pictures (in the footnotes!) with this… note the difference between the energy in the back, the position of the head!

This and history proves, that pretending to be something isn’t quite going to create that.

Becoming the creator of your world will need your word to have power.

Integrity, responsibility are the dividing lines…

At 200 vibration they become available, but availability doesn’t mean the person uses them.

And take responsibility for your choice… or not.

When I look what was the “switch”, I can see that it was an integrity degradation issue. That’s it. Integrity.

I have never measured a person’s starting point measurements, who had an integrity level higher than 10%.

Your power to exercise creating with your word begins at 30% integrity.

At 30% integrity you still have to attend to every facet of that new reality… and create it and bring integrity to it.

Is, what’s in it for you, worth the trouble? The effort?

This is the biggest stumbling block for most people I encounter. Their lives is livable, albeit not fun, not fulfilling, not healthy… but livable. So more often than not, there is no energy that is strong enough to take them out of complacency, and comfort.

To match the fear, the laziness, the resignation, to mount a stronger energy than that.

In all my workshop, in spite of all my efforts, I can’t take people into despair about their lives… A despair that would give them that jumpstart to commit to something that smells like work… even if it takes them to heaven on earth.

Another way to give that energy injection is inspiration.

Anthony Robbins is the master of inspiration.

What he doesn’t do, can’t do, is sustain that energy for you… so you actually do the work, follow up, and create a life consistent with your word.

Only you can do it.

In my program I make you work to find your own power source. The spirit, the spark. You have it, but it is covered up with so much gook, it has no chance to power you, until you remove the gook.

Integrity is powered by that spirit.

Through doing the practices with the memes, with the voices, with the attention, with the separating fact from fiction, you don’t know who you are, and you have no permanent access to the spark.

Pam Ragland, probably, saw what I see… and she decided to remove it energetically. The gook.

I am, somewhat at my wits’ end.

My idea, right now, is that if you start with integrity, you can, maybe, strengthen your relationship to your word enough to be able to cross the “great divide” between human and human being.

I remember in 1987 I was in a seminar called Integrity: the power of your word.

I took on some practices, small practices, that required no time investment. Taking a cold shower every day. Stopping sampling fruit in the grocery store. Making a phone call to a person to connect every day.

The seminar leader called this the “commando game”.

My life started to turn around significantly during this seminar.

My relationship to myself, to who I was shifted. My posture shifted.

This might have been the beginning spark for my growth.

It was so innocent, so light touch.

When about a year later I became unemployed (the stock market crash of 1987!) I had the power to create myself… I had the 30% integrity to lend power to my word.

The rest is history.