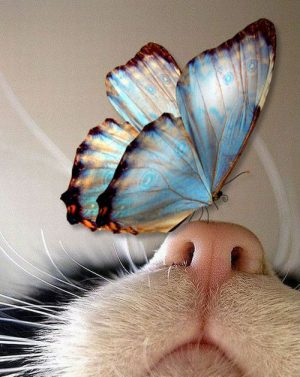 I can teach you to speak butterfly, so you can fly like a butterfly.

The secret between being a caterpillar and a butterfly is in the speaking.

The saying so many people are coming to my site for is: you cannot talk butterfly language to caterpillars.

Now, the truth is: you cannot. The caterpillars out there won’t hear it. Won’t respond to it.

But you can talk butterfly language to yourself… and whenever you do, you do become a butterfly. 1 You are a caterpillar, your life is a caterpillar life. And you know it, even if you pretend. And you do… I can see it from your Starting Point Measurements.

If I gave you my butterfly life, you would turn it into a caterpillar life within a week: guaranteed.

And if you gave me your life, however horrible it seems to you, poverty, bankruptcy, disease, obesity, busy mind, hopeless boring work, wife leaving you for a scruffy Caribbean… I would turn it into a butterfly life within a week. Guaranteed.

Why? because you keep speaking caterpillar language, and I keep speaking butterfly language. And the language you speak to yourself determines the kind of life you live.

This phenomenon explains why instant millionaires, millionaires who inherit or win their millions, promptly lose it. 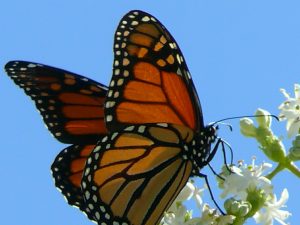 And it also explains why self made millionaires get richer, or if they lose their money, they remake it fast… The opposite of those who won it.

The difference is the language. The language they speak.

The valid question is: can butterfly language be taught? I have seen little signs of it over the years, but when I tried to teach it, I ran into difficulties…

…until one day I discovered that speaking butterfly language and teaching it is not the same.

I have been unconsciously competent… and never had to go through learning the language: I was born with it. It is a group of the capacities I inherited from my father… spiritual capacities that HIS efforts opened up… in an epigenetic shift.

Once the person left the Landmark Education class, nothing much is left from the power they experienced in the class. 2 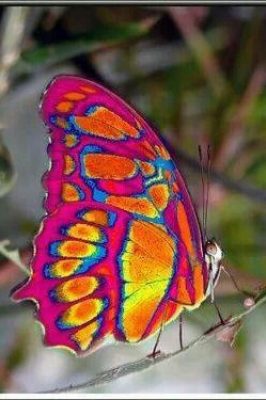 Their explanation was that the “shelf-life” of possibility is very short. But maybe the issue was different.

It was frustrating to me as a coach, to say the least. Each coaching session I started out with excitement, ended up with disappointment.

I had given up on ever finding the solution, when accidentally I stumbled on the possible mistake Landmark Education has taught me… and taught millions of other people.

A few of those Landmark people spoke fluent butterfly, probably inherited, or learned somewhere else. They exuded power, they made things happen.

After I share what was the error of Landmark Education, some of you will be able to start speaking butterfly… you don’t have to be taught. If you do, please contact me… I’d like to brainstorm with you.

If you are an Esther Hicks fan, it may be easier for you too… but not necessarily enough.

Because a language is more than just some principles and rules: you need to learn the expressions, the vocabulary, the way I learned the six languages I have learned to speak. The rules, the sentence structure, the intonation, the words, the idioms…

And, this is important and most of you will ignore it! you also need to talk to someone who can tell if you are speaking caterpillar or butterfly. Who can catch where you misunderstand, where you need strengthening. Who can see whether you are pretending or not. Butterfly language is the language of the “god-like” human, Human Being. Human Being who creates with their WORD… in all caps.

Word is different from words… I bet you have noticed that words leave you the same… but WORD alters you.

I have never done this course, so it will probably take longer than it would if this were my third or fourth time teaching people to speak butterfly. But it will be done. Eventually. So I can’t tell you how many sessions it will take. Many, I guess.

I have decided to take a group of people and teach them butterfly… Whatever it takes.

I am sure that by the end of the course, some of the students will be able to train themselves to teach the course. Oh, before I forget: what does Landmark Education do that renders their methodology less than effective (This is for people who have done the Landmark Forum).

What they teach: “What makes you who you are in the present is not the past, but rather the future you are living into”

The nature of the human condition is that you, the person who wants to invent a future is rooted in the past…

OK, if you haven’t done the Landmark Forum, this probably makes no sense to you.

It is probably for the better: Landmark graduates are an arrogant bunch who think they “got it”… but in all of my years, 26 years of participation in different positions, from participant to leadership, I met maybe 26 people, one each year, who “got it”… although none of them could hold onto it long enough for it to matter. To matter for their lives. 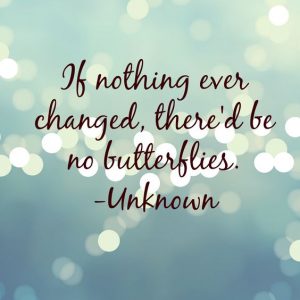 But the world is 99.99% non-butterfly and a butterfly environment is not easy to create.

You also need to increase your butterfly vocabulary, so you can say more and more complex sentences that take you, the butterfly on wings, higher and higher, and wider and wider.

Here is how I envision this butterfly language course: broken up to levels

As usual, experimental courses are developed in lockstep with the sessions that are delivered, so they address the issues that come up, instead of being my good idea, like most courses.