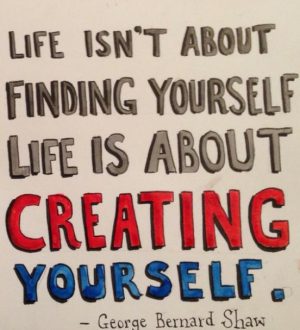 I wrote this article almost two years ago, and suddenly it became as current as anything…

It is a great companion piece to my article for today:

As I am continuing giving long and substantial “strategy sessions” to people, I am learning a lot.

I love the expression: “in the limited perspective of the human mind” and now I am inclined to add that even inside the human mind, you can look at things through different perception organs… and you’ll see more if you use more than just your favorite.

Most people’s “perception organ” is to turn to, habitually, to what they have already decided. The mind.

This gives you the least true-to-reality perception, obviously.

But my method for the Starting Point Measurements has been limping on one leg as well: Using feelings only.

The combo of feeling, hearing and time (unfolding) is a whole lot more accurate, true to reality. 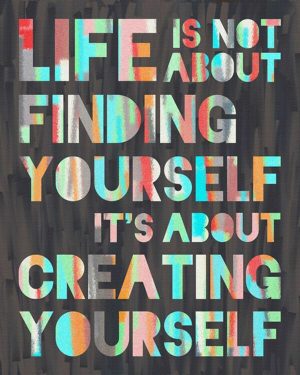 The more certain you are that you see the truth, the whole truth and nothing but the truth, the harder it is to look differently or to look elsewhere. This is why there are so many who are accused and condemned by others, in court… a total disaster. This is why so many people are treated for cancer who don’t have cancer, for example…

The challenge is this: when you want to add malleability to your convictions, first you need to consider that you were mistaken, maybe even wrong…

Then, you probably, have to tell about this mistake to others, or your authenticity level will drop to very low.

Authenticity is where “there is nothing in the unsaid”… This doesn’t mean you tell everyone everything… It means that you don’t withhold important things, to protect your image.

Today, both my strategy calls had me say: I was wrong.

It is mighty hard to trust that people I tell this to will trust me after that. Experience says that the more you are willing to tell the truth, the more they will trust you… but not everybody. This is not a rule, this is not a formula.

More precisely: you have control ONLY over your actions, and mostly only over your speaking. The words you speak. 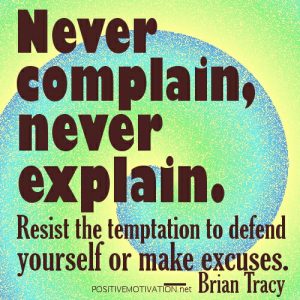 Most people I speak with want to find themselves. This supposes that there is a you already… but that you, if it exists, is only a potential.

I am leaning to agree with the “meme”, a George Bernard Shaw quote: that says: Life is not about finding yourself, life is about creating yourself. Creating yourself with your words… In fact you have already been doing that… You just didn’t know it.

If you look at that through the lens of the Anna Karenina principle, the principle of the strait and narrow, you’ll see that when you want to find yourself, everything seems to have the same relevancy score… you have a wide open field of the good, the bad, and the ugh to choose from.

But if you look what happens when you choose characteristics of the person you are… as in committed to be, life becomes simple, and your brand spanking new self-image creates clarity.

You can NEVER exceed your self image as long as it is in place. Your self image will give you the boundaries, like a ditch lets you go forward and backward, but not sideways, not up and not down… You are locked in.

Unless you clearly recognize what words locked you in, you will never change your self image.

Clarity and power… they always go hand in hand.

Being willing to hear stuff that flies in the face of all your certainties is a threat to the person who has not consciously created themselves.

Here is the language of someone who already has done the work to create themselves:

And the language of someone who hopes to find themselves, hopefully a nice person attempts to accurately describe themselves. They are using “I am” language.

They hope that if they could, ever!, accurately describe what they feel, what they think, they finally they would know who they are…

The result is the opposite of what they hope for. Because in this accurate “I am” description everything and the opposite are featured with the same weight.

I’ll be crass for a second: If I wanted to take this “I am” approach to ad absurdum, I would say: I am a woman, my sh*t stinks, I drool at night… I make mistakes… etc. etc.

Now hear the difference in the “I have been” language: “I am a visionary. I have been known to make mistakes that expand where I can look. I haven’t been afraid to admit when I see something different… Every conversation, every experiment, every mistake recognized takes me closer to be able to help humanity to ascend to the next level of evolution: human being.”

Which, when I translate to ordinary descriptive language, the language most people speak, which says: I am not my mistakes. I make mistakes… I have and will… I actually want to make mistakes: I learn more from my mistakes, than from “smooth sailing”.

When back some 30 years ago I invented myself as “living on the edge, generating distinctions for transformation for humankind” I invented it because my life was a veritable roller coaster, mistakes galore, never a moment of peace.

And, between you and me, while I crave peace, peace is the worst thing that can happen to me: I simply fade away, I simply lose the will to live… Not what you expected… not what I expected.

I am not talking about drama, I am talking about unsmooth… if that’s a word. An environment that demands me to step up to the plate. To do the work. To straighten the ship… and drive it. Not just be a comfortable passenger sitting in the back like in a cab.

OK, I don’t know if this article is clear or not. If you find that it isn’t… please let me know.

The straight and narrow is the narrow path between a million of mistakes, errors, misconceptions, sins, not this and not that misconceptions.

The more you define the straight and narrow by what it isn’t, the happier you’ll be… Guaranteed.

6 thoughts on “What is the difference between “I am” and “I have been”? They both create yourself… but which is the right you?”