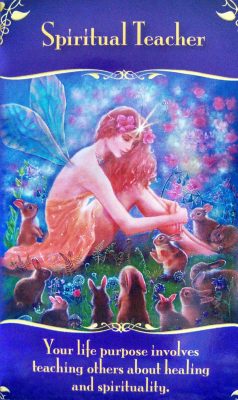 These should be frequently asked questions, and yet no one asks these questions, as a rule

I am continuing the practice of giving free strategy sessions to people who buy the Starting Point Measurements.

It’s work for me. It’s hard on my body having to be with their resistance, fear, or whatever they are feeling. It’s often talking to people whom, in normal circumstances, I would avoid. Why? Because they are argumentative, because they are often hostile, and because only one in 13 knows that I am an empath, what is an empath, and how I got to the measurements I got to. So they never did any work on knowing what they are paying for.

So, it’s hard. And yet. Sitting in my ivory tower is not useful any more.

Each person brings something to light I would not have otherwise seen.

For example a person yesterday. Soul correction “Finish What You Start”… I have other people with this soulcorrection, and they are argumentative. But I never realized that this is part of this soulcorrection. Arguing is a type of resistance: you block input and you put yourself in control… I don’t do well with people who argue. They, intentionally, put me on the defensive, and I have nothing to defend…

The second thing I learned from this person is through a question he asked:

How come that I am still doing so poorly after I have invested so much into spiritual teaching?

And that is a really good question. No one has asked it before. So I will answer it publicly:

The answer, of course, depends on an important factor:

1. is the teaching good and really spiritual?

(the opposite of spiritual here is Tree of Knowledge, rehashed information, where the teacher never actually experienced what he tries to teach… it is just talk. Truth repeated is a lie!)

Inauthenticity means: nothing is hidden, there is nothing that should be say but isn’t.

I have literally never met anyone who wasn’t repeating truth as if it were their personal truth in the “spirituality/mindset” space.

Everybody should preface everything they say or write: do as I say, not as I do. Unless they say so, they are inauthentic.

Which means that whatever they say won’t work for you. Why? Because they can only know about what they are saying that came from their mind, the meaning making machine, and therefore what gets through to you is their meaning.

You will also see, that this part, whether the teaching is good won’t matter much to you unless… and that takes us to the second factor

2. Are you hearing things truly?

Most people, maybe all people, hear things through the meaning making machine: the mind. The mind interprets everything, and therefore you never heard what was said. YOU… the mind, maybe, heard it, but distorted it, replaced it with its own meaning.

Therefore no teaching will make a positive difference unless someone first teaches you to hear things as they are said, without the interference of the mind.

This is had work. It has to be systematic, or it won’t work. Spot cleaning, shooting at it with a pellet gun won’t do it.

The resistance to this teaching is tremendous. Your delusional self, the construct of the mind, objects to it.

Some rare individuals, like Tiger Woods, with a stake big enough to do it, may do it…

Tiger Woods had to change the foundation of his game some time ago, I don’t remember where, something about his stroke?

The whole world was aghast…

I needed to abandon my “I know” stance, and start becoming a person with a different seed level.

If you had a religious upbringing, it will be very difficult and very painful.

Spiritual growth is ultimately a series of throwing away the old seed level, and starting new again.

Unheard of, isn’t it?

Because investing work without the foundation makes you worse off.

The people who curse me out, and believe me, there are plenty of those, are the people who invested the most in self-growth, self-realization, spiritual growth.

It’s not an accident. And I can see from their measurements that they will… so I brace myself. The anger, the fury, the spewing is like a volcano… they can’t contain it.

Question: How do you know if you should buy something or not?

I partially answered this question in blog posts, but I’ll endeavor to answer it here, fully.

1. The biggest barrier to accurate decisions is desire.

Desire is that pesky feeling that comes from the mind.

Desire is where you imagine the end result of you having the object of your desire in your mind’s eye. In reality you don’t have it… in imagination you do. And it feels like a done deal, a jump. All you need to do is close your eyes… and it’s there.

It relegates you to a zombie chasing mirages in all areas of life, health, wealth, love, happiness, and spirituality.

It is the tale of the drowned man… 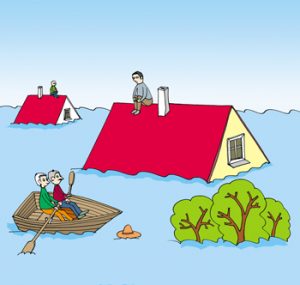 A fellow was stuck on his rooftop in a flood. He was praying to God for help.

Soon a man in a rowboat came by and the fellow shouted to the man on the roof, “Jump in, I can save you.”

The stranded fellow shouted back, “No, it’s OK, I’m praying to God and he is going to save me.”

So the rowboat went on.

Then a motorboat came by. “The fellow in the motorboat shouted, “Jump in, I can save you.”

To this the stranded man said, “No thanks, I’m praying to God and he is going to save me. I have faith.”

So the motorboat went on.

Then a helicopter came by and the pilot shouted down, “Grab this rope and I will lift you to safety.”

To this the stranded man again replied, “No thanks, I’m praying to God and he is going to save me. I have faith.”

So the helicopter reluctantly flew away.

Soon the water rose above the rooftop and the man drowned. He went to Heaven. He finally got his chance to discuss this whole situation with God, at which point he exclaimed, “I had faith in you but you didn’t save me, you let me drown. I don’t understand why!”

To this God replied, “I sent you a rowboat and a motorboat and a helicopter, what more did you expect?”

People with high desire number and low ambition number in their Starting Point Measurements are unable to take actions that make a difference, that move them in the direction of their desire.

Sales pitches habitually show you the end result of what you consider buying, and none of the intermediate steps. the purpose of this move is to put you into a high desire state.

It even works on me. It seems to be hardwired in humans. Maybe in all living things… Just think how they catch monkeys in the rain forest: they put a nut or a banana in an opening in a tree trunk. the opening is big enough for the monkey’s paw to get in, but not big enough to allow the paw with the goodie to come through.

The monkey doesn’t want to let go of the goodie… and neither do you. But to be able to have what you want, you’d have to… you would need to let go.

And you don’t. And you never do anything for what you want… other than buying stuff you can’t use.

And that takes us to the next part of the answer:

To make sound buying decisions, you need to widen your cone of vision, and see the big picture.

I mostly muscle test, but even that is a multiple step process.

As long as I focus on wanting the result, Source says “no” to my question.

If I am able to let go of the fixation, then I start to ask questions of myself, my time, my willingness, my skill set, my knowledge, whether I would enjoy doing what it takes to get the result, whether it is a good time investment, etc. What exactly I would use it for? I even need to make some promises…

And, occasionally, very rarely, in the end I get a yes answer.

Now, the next step is an integrity issue. Are you willing to make your whole life not work because of a broken promise?

I am not. And occasionally this new challenge, and it is a challenge, makes me grow. Makes me re-evaluate what I am doing with my business, with my life, with my health, with my time.

I start to see new openings, new opportunities, and life opens up.

Why? Because I chose integrity.

Here is how it went down… so far.

I went on a webinar. They sold a method to drive a lot of people to your site.

I already had what they were trying to sell. I bought it 2-3 maybe even four years ago. I never used it. I have a lot of money invested in it.

I decided to use my credits…

I realized that even after this time, I had no clue how to do it: I had a lot of skills missing to be able to turn those credits, about a thousand dollars worth of credits, to money.

So I started to break up the assignment into little manageable pieces, each requiring learning a new skill.

I asked for help. I did make new promises in my accountability community.

And did a little bit every day… and accidentally I discovered that I have a product I never marketed, and I am the #1 authority in it: eating right by your DNA… I have all knowledge, and I can tell about each food if it is right for you or not.

No one else can do it, because they don’t have access to the database… all-knowledge. Only I do.

But that is really how life is. To climb to the top of a mountain, lots of steps… No jumping.

Even if you don’t have muscle testing you can trust, going through the mental exercise of seeing what it will take to have the result you want but cannot buy! you’ll see if you should spend the money or not.

So don’t be casual about it. Please.