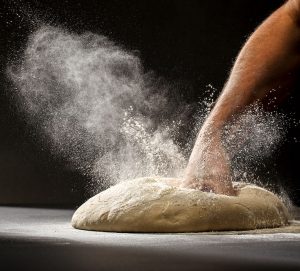 As you know, I do consultation with people to help them get higher levels of wellness.

I quote the entire article in the footnotes…

I muscle tested the truth value of the article, 5%.

Anything and anyone that talks about the companies or industries that provide all the funding for “science” are sensitive topic for people whose job security depends on their compliance in toeing the interests of these industries or companies.

So the truth value will be low.

But even if you investigate the individuals, the stuff they can see and therefore talk about, is 10% truth value at best.

Why is this? For two reasons that are maybe one and the same… we’ll look at that:

1. the limited perspective of the human MIND
2. the memes of what is good for you and what isn’t, what is accepted and what isn’t.

What is the mind? The mind is a storage device that makes thinking unnecessary. It is the home of the shortcuts we call biases, prejudices, cognitive biases that we humans use to free up our energy to “do” life like a robot.

Originally the mind was useful. Really. But what you put in the mind, the long term memory, the attic as Management guru Peter Drucker calls it. But even though in dwellings the attic is not often visited, the human mind is used for everything in low vibration individuals… practically everyone human on the planet, 99.5% of everyone.

The mind stores words. Words is the content of the mind. Even feelings are only triggered by words. We call them “marker feelings”… actually Margoczi had the courage to call them marker feelings, I learned the expression from him.

This happened and is happening at an accelerated rate. The more words we have in our lives, the more we live in the mind.

And we stop being human… we become machines. Or puppets, if you prefer to see it that way.

We are effectively robbed of our self-reliance, self-determination, self-knowledge, and of access to real knowledge through our senses, including our brain.

Try it… To the degree that you find having a cloned mind upsetting, to the same degree there is still a human there… somewhere.

My entire work is to return people to being able to use their senses, restore their humanness…

It is just on the border of impossible and hopeless.

The ragtag team in the Matrix comes to mind. And the crew member who wants to go back into the Matrix to savor imaginary steak. I think that is the scariest scene of the whole movie.

Some are further along than others. I am working really tight with them, because the future of humanity depends on our success. How? I don’t know. that is not part of my mission, the how.

Part of the work I have to do to prepare these people to the work it takes to come out of Plato’s Cave, to come out of the mind, is to bring their health and their cell hydration up to a level where they can.

How do I do that? Well, rule number 1: I don’t use MY mind to advise them. I willfully exclude my mind from the interactions, from formulating my suggested changes in their diet and it their behavior.

I use muscle testing while being fully connected to Source. I refrain from having thoughts, having an opinion, so as not to color the suggestion.

Given that the title of this article is about gluten, I’ll say something about my insights regarding what insights I could glean from my muscle tests:

I have never had even one person whose recommended food list included any grains, wheat, corn, etc.

To me the most obvious signs are that you suddenly turn stupid, dense, impenetrable. You can’t follow. You can’t hear. Your cone of vision narrows. Your awareness gets pitifully low. You become untrainable.

It took me 18 months to wean myself off the foods muscle test/Source told me to stop eating. It was really challenging. I am still dreaming of eating a freshly baked bread with butter… or a bagel with cream cheese and lox… lol.

I have no brain fog any more. I move like someone 30 years younger.

I have no emotional ups and downs, no depression, no regrets, no anger, no upsets, no worries, no anxiety. I am pretty much not the same person I used to be. I look similar, but am not similar.

And I can say the same about students/clients who manage to keep their health number and cell hydration up to high levels.

When either of those fall, their productivity, intelligence, emotional intelligence fall too.

And, because they live in society with its seductive food products, they often fall of the wagon. A sandwich here, a candy bar there, a cup of coffee with milk… and they are off the wagon. The stupidity clues me in.

So what am I saying? Am I saying gluten is harmful? Am I saying fodmaps wreak havoc in you? I don’t know… I only know that people who claim they are on a gluten free diet get their information from the media (or their doctor) and they are still stupid, foggy, sluggish, tired, and can’t be teased out of their minds.

What I am saying is that those are words, gluten and fodmaps… Unless you live according to your body, you won’t get well.

Our diet is so different from what our body considers food, that we, as a collective mass of bodies, are stupid and cannot be considered human any more.

Our “leaders” are also non-human… they don’t eat better than you. So we, as a collective mass of bodies are cutting the tree under our feet, so to say.

You say you want to get well, and to tell you the truth: I don’t much give credence to your words. You want to feel better while you are in Plato’s Cave.

I am only interested in working with individuals who set their sights higher… become a human being who has a mind but is not the mind.

Homo Sapiens is a dead end of human evolution. We need to go back where we made, humanity, a wrong turn and grow from there.

I have no illusion that even if I became a magician, I would only have a ragtag team of a few consistently working towards that goal.

I am fine with that. We are mapping out the path… It is becoming part of All-Knowledge, that never disappears. What I call Source.

And after the current humanity annihilates itself, a new humanity will arise… maybe in a million years? And they will have a blueprint, so the next human experiment can succeed.

According to Source, this is the seventh experiment, we are the seventh generation of sentient beings on the Planet, and maybe in the whole Universe.

And according to Source, some specimens from a previous experiments survived the annihilation of the entire population, except these specimens.

Will my students survive? I don’t know. I am working on the knowledge and all my attention is on that. 2