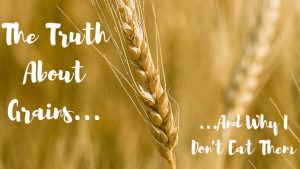 Interesting. As soon as I ask a question, the answer lines up to be found by me… sometimes on the same day.

In my last article I said that I don’t know why it is not necessary to have gluten sensitivity or gluten intolerance to get way way better by removing grains.

I am quoting from the book: Bless the Bees, the Pending Extinction of Pollinators: Read the bolded… otherwise you’ll be bogged down by the funky names of chemicals… and quit reading! lol

According to new research examining more than 300 studies, glyphosate, the active ingredient in Roundup®, is the most popular herbicide used worldwide. While most industry funded studies have concluded that glyphosate is not lethal to bees, it has been shown to be toxic to mammals. However, at least for some, the jury is still out. Naturalist Terrence Ingram claims that, in October 2011, Illinois officials seized or killed his glyphosate resistant bees, ruining 15 years of research, claiming they were conducting a foulbrood inspection. According to Ingram, not only were the bees not infected, but he also claims that the glyphosate in Roundup kills bees and the evidence of that was taken by the government inspector. Much more is known about glyphosate’s impact on human health than its impact on bees, however.

Once called “safer than aspirin,” glyphosate’s reputation for safety isn’t holding up to the scrutiny of independent research. More and more non-industry-funded scientists are finding links between the chemical and all kinds of problems, including cell death, birth defects, miscarriage, low sperm counts, DNA damage, and more recently, destruction of beneficial gut bacteria.

Monsanto (who is also the manufacturer of Agent Orange and DDT) asserts that glyphosate is minimally toxic to humans, but residues of it are found in all of the main foods of the Western diet, which consist primarily of sugar, corn, soy and wheat. Glyphosate’s inhibition of cytochrome P450 (CYP) enzymes is an overlooked component of its toxicity to mammals. CYP enzymes play crucial roles in biology, one of which is to detoxify harmful xenobiotics introduced through the diet that are not naturally present in the body. Thus, glyphosate enhances the damaging effects of other food borne chemical residues and environmental toxins. Negative impact is insidious and manifests slowly over time as inflammation damages cellular systems throughout the body. Studies show that CYP enzymes acts synergistically with disruption of the biosynthesis of aromatic amino acids by gut bacteria, as well as the impairment of serum sulfate transport. Consequences are most of the diseases and conditions associated with a Western diet, which include gastrointestinal disorders, obesity, diabetes, heart disease, depression, autism, infertility, cancer and Alzheimer’s disease.

Since chemical companies invented genetically engineered seeds designed to withstand heavy sprayings of glyphosate, global use of Roundup and related weed killers has jumped to nearly 900 million pounds annually. That is due to the fact that, since the crops are engineered to be resistant to Roundup, it can be sprayed on the entire field, not just on the weeds, making it much easier for farmers to manage weed kills. Glyphosate is a systemic chemical, meaning once sprayed, it travels up inside of the plants that people and animals eat and they consume the glyphosate as well as the nutrients in the plants. As more farm fields have converted to GMO crops, federal regulators have quietly allowed an increase in the levels of glyphosate allowed in your food, something from which we should see tragic long term consequences.

According to Stephanie Seneff, PhD, senior research scientist at Massachusetts Institute of Technology’s Computer Science and Artificial Intelligence Laboratory, glyphosate acts as a potent bacteria-killer in the gut, wiping out delicate beneficial microflora that help protect us from disease. Harmful pathogens like Clostridium botulinum, Salmonella, and E. coli are able to survive glyphosate in the gut, but the “good bacteria” in your digestive tract, such as protective microorganisms, bacillus and lactobacillus, are killed off.

Even Monsanto knows about this. About 10 years ago, the company registered a patent for glyphosate’s use as an antimicrobial agent. This damage to your digestive system can cause other problems, including “leaky gut,” where the protective lining of the gut is compromised, allowing for toxins and bacteria to enter the bloodstream. This causes the body to send off an immune response to attack the wayward bacteria, potentially sparking autoimmune diseases.

Moreover, glyphosate can disrupt the gut’s ability to create tryptophan, the building block of serotonin, an important neurotransmitter linked to happiness and well-being. Low serotonin levels have been linked to suicide, depression, obsessive-compulsive disorder, and other ailments. Not only does glyphosate hamper tryptophan production in your gut, it also lowers levels of it in plants, causing even more of a deficiency.

There are several things you can do, right now, to reduce your dangerous exposure to these chemicals, as well as contribute to saving the bees. They are:

• Buy organic foods: Roundup and other chemical pesticides and fertilizers are banned for use in organic agriculture. Instead, organic farmers focus on building healthy soil to support the growth of healthy plants. To find local sustainable farmers, try this site: https://Localharvest.org.

• Avoid genetically engineered foods. Avoid corn, which in the United States, is 90% GMO, and all corn products, including high fructose corn syrup (HFCS), which is present in most processed foods and drinks.

• Avoid all processed foods. The main glyphosate-laden foods that wind up in the food supply are corn, soy, and canola. Since these ingredients readily wind up in about 80 percent of processed foods, eating more whole foods can help lower your exposure to the chemical.

When I muscle test you, Source, or All-Knowledge (NOT GOD!) looks at everything and matches you with what food is available to you to keep you well, physically and emotionally.

If you spend most of your life listening from, reading from the mind, of course you’ll say: bah humbug. Because why would anyone kill off all humans, make them sick, depressed, and live in utter misery? For money…!

Yeah, it is hard to wrap your mind around it, but if you look, this is the times we live in… homo homini lupus 2.

All taking advantage of the fact that you are too busy, too comfortable, too ignorant to do anything.

Unless it’s French butter, that uses A2 milk, from French cows. 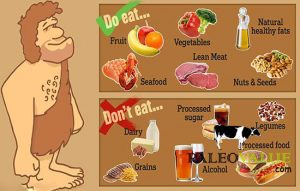 Just making this GENERIC change, independent of your DNA and your sensitivities or allergies, you can become 200-300-400% healthier, happier. You may not even need medical insurance.

I don’t have it. I don’t need doctors. I will die, probably, or old age, or some of you will kill me… lol. That was a joke. Bad joke? OK.