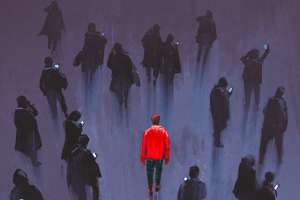 Every living thing must have fear or they would be dead already… meaning the species. Fear is a useful warning that live is dangerous, and every species is the food of another one.

So we have a reason to be afraid. In reality. Animals, cars, other people… all good reasons.

In reality fear is like a nudge. Lasts for a few moments. If you don’t pay attention: it will nudge you again. If the danger continues and you ignore the signs, it now turns the nudging on.

In the cave it is totally different. In the cave you your fear is almost totally continuous. Because in the cave reality and the idea of reality are not distinct, not separate, and you are insulated and separated from what is real.

In the cave your mind filters out most of the signals from reality, and replaces those signals with memory. memory of things that were maybe never real. With what you said, consciously or not consciously, about what actually happened. 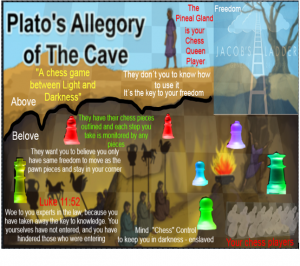 In the cave fear is not like a nudge, fear is like Tinnitus… continuous, nerve wrecking, and has no reason at all, or if it does: in the cave you can’t see the reason. So you make it up. Really.

The mind is a meaning making machine, and it cannot tolerate not knowing the meaning…

Most things have no meaning beyond being what they are.

In reality A is A. no translator, no meaning, no interpretation, no reason even. A is A.

In the mind, in Plato’s Cave, A is not A. A is wrong. or A is right. or A means that you are wrong/wright/smart/stupid. 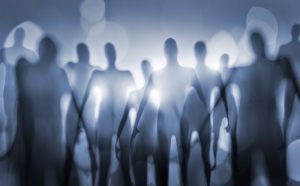 A is not able to remain A.

You, if you spend your life in the cave, of course don’t know that A is not A is an interpretation made up by the mind. You really don’t know. You can’t tell.

I spent an hour drilling someone and teaching him distinctions in language to shed light how something can be recognized as A or not A. It was hard going, and I don’t think I was successful. 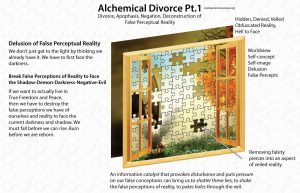 So what happens when A happens and you hear “not A”?

You react to “not A” and you do something stupid.

So what do you do then? You make up even more meanings, rules, and withdraw even deeper into the cave…

I have been observing it, testing it with clients and students. 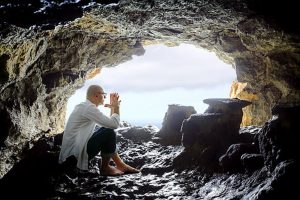 Said in another way: how much of A remained A, after you heard it or read it.

I am going to look at three students/clients. 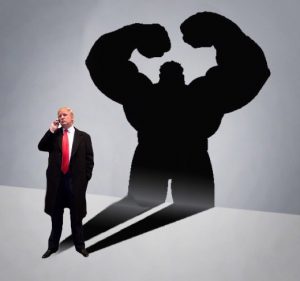 Most people with a low level of awareness do not put themselves in a position where it matters how aware they are, how much of reality can get through to them.

Or when they do, they lose everything.

They are the serial muck-ups of the world…

OK, here is a million dollar question: can they get more aware?

It depends on many factors… mostly on the other numbers in the starting point measurements and their soul correction.

What are the other numbers in the starting point measurements that are important predictors if the person can change… or not?

Here are the numbers/indicators I currently measure. I often add new measures…

All in all, most people want to be, fancy themselves to be a butterfly… but have the awareness of a caterpillar. Narrow cone of vision, no clue, eating and more eating… that is their life.

2 thoughts on “Fear in reality v. fear in the cave… How much of your life do you spend in your mind?”