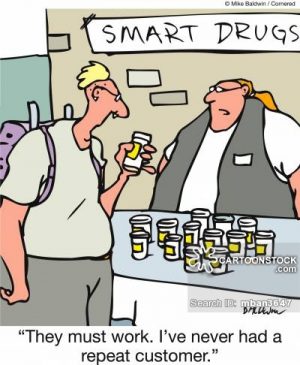 Your Language, the words you use… how many of your words are accurate as in: I actually know, personally what the word means will define to what degree you have to pretend in life.

80% of language deals with stuff that is non-physical and not visible. The stuff that matters the most.

You can be married to the most magnificent person, for example, but if you don’t love them… meh, at best, horrid in most predictable.

My mother was married to my father but never liked him. Her life was horrible. I won’t go into details… but trust me, it was horrible.

You can be the richest man in the graveyard and have been an unhappy person: just look at Steve Jobs, or Sam Walton. 1

It’s invisible that they were both unhappy… It takes an empath to feel it.

Feelings, emotions, states, actions, concepts, all in the invisible domain. 2

For someone unfamiliar with the culture of humans, a machine, or a Martian, these invisibles don’t exist. For us they exist in language. The language tries to give it justice, describe them, explain them, but the explanation is not the “thing”… The concepts are as varied as the people who feel them, so language isn’t doing a good job of describing it so everyone means the same by the same word.

Certain things, like states of being are only available to you when your vibration is high.

Feelings don’t give them justice. It is like saying: a wedding is where the bride feels happy… the groom feels expectant… and blah blah blah.

I have recently had a rude awakening: one of my students created a list of ideas how to turn a situation into pleasant by bringing gratitude to it.

Mind you, idea generation is hard, but being able to see how gratitude turns things around could be easy… except when your level of vibration doesn’t allow you to feel any gratitude, to BE grateful.

Saying the word doesn’t create the being state of gratitude… the word gratitude is useless and unavailable as a useful vocabulary, unless you are trying to fool other people.

The range of emotions one can feel are largely unavailable to you when your vibration is low. Because although words and emotions, on some level, appear at the same time, positive emotions (marker feelings, just like the negative emotions) are unfamiliar to you.

You know, maybe, ten feelings, the rest, about a million, are unfamiliar to you.

I know what you can feel… and it’s mostly the unpleasant feelings at low vibration levels.

So when I measure your accurate vocabulary, Source looks if you actually have a feeling consistent with the words you know to say, maybe even spell… and if not, that word is not part of your vocabulary. At least that is what I mean to measure.

Looking back, I see some inconsistencies where the vibrational measure and the vocabulary didn’t match… I’ll go back and re-measure.

Understanding is the booby prize… not a real value. You either feel it and thus you know what it is or it is not an authentic part of your vocabulary.

Human, homo sapiens, is limited in its range of emotions, what it can feel. Human being isn’t… 3

Counter to what David Hawkins thought what 1000 vibration meant, it simply means: fully human being.

What prevented humans to go directly to human being path was the words.

Words masquerade as higher vibration, higher emotion markers, but they are, for the most part, only place holders: the substance isn’t there. Just like our money… nothing makes it money other than you believe in it.

90% or more of the words you use don’t mean anything to you… they are just words. Love, appreciation, caring, compassion… you have no clue, no inkling, because you have never felt it. They are really just pretenses.

You don’t know it.

I am reading a series of book by someone whose vibration is 200. He knows a few words in the way the Bible meant it: intimately, but not more than a few. I can tell when he is faking it… But he knows more words intimately than most novel writers.

The more popular a book is, the lowest its vibration. You are not comfortable around vibration higher than your own, no matter what the gurus say. You are only comfortable up to a certain size of a “gap”…

When, for example, the Bhagwan (aka Osho) talked to his followers, his vibration dropped to self-righteous, know it all superiority, so they don’t run away, screaming.

You feel comfortable around someone? You have a matching vibration, or your vibration is higher than theirs.

I have recently looked at couples… More often than not the comfortable party had a higher vibration than the other.

But the lower vibration party defines the relationship and the quality of your life.

Not surprisingly, my people who have been successful at becoming more aware, more conscious, more living in reality, liking themselves more, have succeeded with the words… the vocabulary.

Going back to where we made a wrong turn many thousands of years ago, as a race, and taking a different path.

I am in the process of planning two courses:

Want to start your journey towards a life you can love? Enroll in the Reading class and be on your way.

I will teach both classes a few times to weed out all the unforseen (by me!) difficulties you may have. One registration admits you to all sessions.