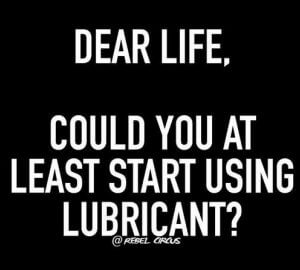 One of my teachers, via Ayn Rand, has been Aristotle.

He taught me one thing. Most people will not teach you much… they will do one thing and one thing only: alter your foundation.

And with regards to foundation altering: Aristotle’s teaching is the most jarring, and the most transformative.

Here is the teaching:

Contradictions do not exist. Whenever you think that you are facing a contradiction, check your premises.

If you are doing all the right things and still don’t have your results… that is a contradiction. Check your premises.

If life isn’t working, or isn’t working as well as it works for others: the difference between you and them is the premises you hold dear and near to your heart.

What you assume to be true is not true.

Depending on how many false assumptions you have in your world view, your life works, or it doesn’t.

I don’t want to use the word “belief”, because what you call belief is all in the visible… and what we are talking about here is the invisible.

Nothing in the visible will ever change, unless the invisible changes first.

The problem is that the invisible is… yeah, you got that right, it’s invisible.

So to tease the invisible out, you need to do tricks, and methods, and processes… or they will not become visible.

One of the premises of meditation seems to be that they assume that if you sit long enough cross legged, you’ll see the invisible errors of your ways. Not true… and therefore meditators’ vibration is as low or lower than the general population. Ugh, ugly.

One excellent tool for revealing untruths in your invisible foundation is the 67 steps. Even things Tai just repeated but himself cannot see can be accessed through that program.

But there is a problem: unguided you will only see what you have already seen… and your foundation will remain the same.

If we look at reality as a house, you’ll get access to the doors, the windows, the furnishing, but you won’t be able to change the foundation… so your house may fly away if a tornado comes, or sinks with the foundation deeper and deeper until it breaks.

Truth value and your premises

Your premises are partially unexamined Tree of Knowledge, and partially mistaken assumptions based on poor understanding of the world.

They are your blind spots…

Invisible to you. I can see them.

Some of the invisibles are visible to someone with eyes to see. But you don’t want to hear it.

To point out another person’s blind spot is like undressing them in public; you will not be soon forgiven.

Now we see, clearly, why I am not popular.

And if you do… you are devil incarnate…

He says in the same Monday Morning Memo:

My students, my clients have more courage than the average Joe. Because more than intelligence, you need courage.

And the world suffers with courage deficiency syndrome…

For example, doing the 67 steps being coached by me is no walk in the park. Doing it the way it was meant to be done: one step every weekday… read meditatively, with diffuse brain mode, definitely not a walk in the park.

But did you expect your life, your situation to change without effort? Without doing things that are explosive fun?

Look and detect a fundamental flaw in your premises…

My mother drilled it in me: no pain no gain.

And that, my friend, is a sound premise for life. Maybe the only thing my mother gave me that I appreciate. But I appreciate it more than words can express.

PS: If you see the point, and if you can summon courage, I’d like you to take the 67 step coaching… for 18 months. Paying weekly it cost roughly a thousand dollars.

You can get the 67 steps on wireless headphones. Obviously it includes access to all the steps on Tai’s site… I do not pirate the 67 steps. 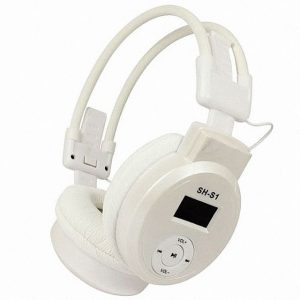 And decide if you want to be coached too…

You’ll get your headphones from China, and your chip from me. If you want to get them faster and already put together: add $15. You can do it while you buy the deal.

Why get it on dedicated headphones? Because that way you are not tied to anything, there is nothing to set. It remembers where you stopped and it will continue from there.