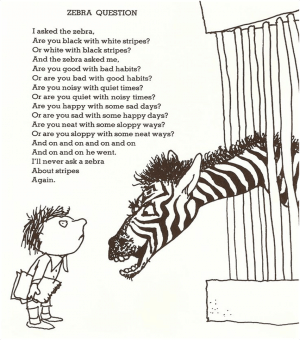 Is there such a thing as a belief? Are beliefs real?

Yes and no. In reality? no such thing as a belief. Belief is a mind construct.

So what is holding you back in life if not beliefs?

If I told you that you were a zebra, you would not resist. But if I tell you you are a loser, or worthless, or stupid… you’ll resist… because they could be true… what if it’s true? and now it is part of your backdrop.

One of the miracles that allowed me to become more than I was is the fact that I didn’t react to people telling me I was stupid.

They told me other things too… and I did react to those: I won’t go into details… too revealing… lol.

But whatever you consider a belief: it is stuck. Why? Because nothing that is not real can be changed.

All that money, all that effort, all those affirmations, all the woo woo… applied to the wrong thing. Ineffective, wasted, could have been used on the right issue… your backdrop.

Beliefs cannot be changed… you didn’t even try to do it yourself, you hired it out to “experts” who promised they would do it… but didn’t… couldn’t, because that is not how reality works.

Would you please consider the fact that 70% of humanity still believes that the earth is flat? That “belief” co-exists with experience that is counter… because beliefs are in the mind… in the cave, in the imaginary world.

That number, the 70%, is exactly the same as how many people believe that there is some kind of god, or entity who is influencing or controlling reality. Someone you can connect to, and once you are connected, all will be well.

“Only two things are infinite, the universe and human stupidity, and I’m not sure about the former.” ~ Albert Einstein

I have no beliefs.

Also, my backdrop has 20 threads… Even when I started to grow, I only had 100. Why? Your backdrop threads come from your environment, and I was lucky.

100% of humanity has beliefs… and in their backdrop they have an average 1000 threads. The number depends on your environment. The more threads you have, the lower your vibration… to start with.

It is really not nature, it is nurture.

I grew up in a Holocaust survivor family. Atheists. Founding members of the communist party. Communism is like a religion… 50 of my 100 threads in the backdrop were related to Communism, to Russia, and to this day I sing those songs… they are still largely in my backdrop.

If it had a song… I have retained it without ever really looking at it.

Luckily to me (I think) those threads don’t much reduce my freedom to enjoy life, to work towards what’s important to me, etc.

Maybe I should spend some time looking at the lyrics of those songs… lol.

Anyway… the more time you spend with the people who have the same backdrop, the less you are able to grow. The less chance you have for a life that is like a dance. Grace and ease. Worth living.