What is the fastest way to devolve… the greased chute 1 to lose your vibration? To move yourself to the horizontal plane…

The issue is devolving. Greased chute to hell… Not a happy issue, is it?

So, let’s get starting. 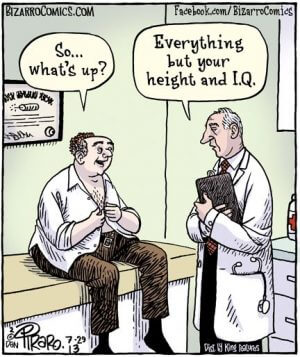 To see that, we’ll need to examine what are the main differences between the horizontal plane and the vertical plane.

Apart from all the capacities… that we’ll look a little later, there are certain attitudes, behaviors that are quite visible.

Hurry is one of these.

There is never any hurry on the vertical plane.

If you look at it through the Martian’s eyes 3 , we may see someone doing things fast. Someone running. Someone’s hands moving fast.

What is underneath hurry? What makes hurry so dangerous to your vibration?

And underneath that is the root: there is something wrong. Wrong with me, wrong with you, wrong with it.

The root: there is something wrong notion triggers the “wanting to, having to, needing to, and should” forceful “levers”… and make you hurry.

It’s not that you don’t know more than 200 words, for example… it is that every word you know is inside some systemic judgment, right/wrong, good/bad, should be/shouldn’t be.

But ultimately it is not what happens that gives you the quality of your life. Instead your attitude about it.

Your attitude on the root level.

If your life is based on “there is something wrong with you…” then you’ll be the dog that is wagged by the tail.

People will know how to push your buttons… and you’ll react like a zombie.

As long as you point to outside of yourself as the cause of your misery, you are a dog wagged by the tail.

Adult means: being able to use yourself fully, without being impeded by memes, and voices, and urges, and marker feelings, and all that… Live fully in reality, using all your capacities for life. Aware, calm, collected, beautiful.

My level of access to my adult capacities is 70%, but today it’s 50%. It’s still much-much higher than anyone I have ever measured, but I am still hasty a lot of the time, I assume stuff to be true, make mistakes, don’t look before I leap. And this number gets lowered with my health number and my hydration number: when they drop, so does my adult capacities number.

My “mistakes I made” number, my Six Sigma number is normally negligible… Except for the past week…

But in the past seven days, since last Wednesday, I have broken expensive stuff, I have dropped stuff, I have made more mistakes than I normally make in a year. I also feel sick, have numbness in my limbs, and headaches keep me from being fully present.

So it’s time to find out what is happening…

I shop every two weeks on Wednesdays. Last week I bought 10 President butters, almost $4 each. Expensive.

I use it for my tea, and cooking. And since last Wednesday I am having stomach problems, including nausea.

I muscle test my stockpile, the seven packages of butter I bought to save, so I don’t run out. They test yes. WTF? same package, same store.

The newly bought “French” butter is made of A1 milk, made in America… of American milk, the kind that kills people, causes heart troubles, diabetes, mental issues, a real killer.

I have heard of wine forgery. Artwork forgery. But butter forgery? Yes. I have also seen lamb forgery.

The package says one thing but the contents are not that.

I feel my body tensing up. I am aware my foundation saying: something wrong, or it’s wrong. Of course it’s wrong. It’s criminal.

But there is a difference between it’s wrong, and there is something wrong.

I can deal with “it’s wrong” because it’s a lie. And because i don’t have to be a victim of it. I don’t have to try to fix it. It is what it is. People trying to make unethical, criminal buck.

Can I be OK with that? What are my choices?

The second choice will take me straight down the horizontal plane.

So what am I teaching here?

In essence I am teaching to go and look at the root level, as often as you possibly can.

And endeavor to live on the vertical plane where there is nothing ever wrong.

I have people buying the “nothing wrong” avatar state activator audio.

But they never even contemplate looking how they are deciding that there is something wrong.

Unless you declare yourself CAUSE of everything, include your “grounds of being”… in this case “there is something wrong”, no activator can help you. I can’t help you. Coaching can’t help you.

Now, specifically the issue some of my clients are dealing with: a sudden change in the number of “things to do”… namely summer break in school.

Or the opposite: from a relatively easy schedule suddenly you are now asked to handle a whole bigger load.

I have been going through one of these myself… I am asked to handle a whole bigger load, by having invented the double my income project.

Why is that? Because the load needs to be handled, so eventually you’ll figure it out.

But when suddenly you have nothing that you need to do, the chance that you’ll drop all your plates, is tremendous.

The organizing principle disappeared. The necessity.

So what are you supposed to do?

My suggestion is that you invent a new organizing principle. We can call it context. Backdrop. The kind that has nothing to do with what you HAVE TO do, NEED TO DO, or SHOULD DO. Not even with what you WANT TO do.

Something that you CHOOSE TO do. Or become.

My accountability program with currently two participants, is brilliant.

You promise (in the morning or the night before) four things you’d do that day. Preferable four plates you’ll inject energy into, four plates you are already spinning, in the areas of health, wealth, love and happiness.

And then you come back in the evening and you report that you did or didn’t do what you said.

The other people in the system are your accountability partner.

People can double up/pair up, and form friendships. It seems to be working brilliantly.

Most people have no one in their lives they can consider partners, no one with whom they can share themselves,  what they are doing, and not be judged, not be advised, not be controlled.

So for most people this is the only place where they can be themselves.

I am an active participant on that board: I both listen to their promises, and coach them when i see a reason or opportunity to coach them.

That is my favorite activity nowadays: I see movement there, whereas most other areas: no movement… other than wanting to impress me.

I don’t like it when you try to impress me. I find the “in order to” and the inauthenticity hard to tolerate.

If I could choose what to do for a living, I would choose to run and moderate a mastermind type program, where people use the system to hold them accountable.

So this “dream” is distant at this point. My new project is designed to get more people into my sphere of influence who are up to something worth being up to.

And there is another wrinkle: unless you can have a created context active in every area of you life… you’ll devolve the accountability forum into a have-to. A straitjacket… And that is the worst thing you can do.

And if you wonder what the heck I am talking about when I talk about an invented context… you can email me, or comment below. But don’t do it before you search my articles…