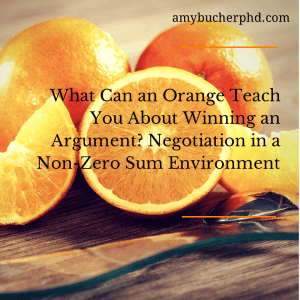 I just watched this interview with the author of “Never Split the Difference.” It’s a book about negotiation techniques. The author is a former FBI hostage negotiator. I found it quite intriguing. My head was spinning just trying to keep up with the conversation. Afterwards, I was left with very mixed feelings. It seemed to me that my desire to learn more about these techniques was rooted in greed and a sense of wanting to learn in order to win or manipulate. Whatever the feeling, I am not comfortable with it; it was not a pure feeling. I have a different idea about communication, one having to do with connection, more along the lines of Steven Covey, ” Seek First to Understand, Then to be Understood,” and Dale Carnegie, and the Communication Course. Maybe I misread the author (without having read the book). Maybe my aversion to learning negotiating techniques is related to my resistance to A is A. I am curious to know the truth value of the material and the intention behind it.

So, Today’s Monday Morning Memo is about…what? Persuasion…getting someone to see a new perspective…”This will cause the other person to feel like they already knew the thing that seemingly just occurred to you.” Is it manipulation? I’m at a loss to characterize just what he’s doing, or suggesting. Yes…inch your way into a state of agreement with the other person, or inch them toward agreement with you.Is that enrollment, or sleight of hand? Again, it brings up mixed feelings.

Negotiating is a very important skill. I am not particularly good at it: I have never worked on it. But it is still important. I just, personally shy away from it… I am more interested in producing results I want to produce.

But in coaching I often encounter the situation that the client is of a fixed mindset, and that the conversation won’t go any nice place, unless I do something that is not instinctual.

I call it alignment. I talk about it in this article…

The art is to disengage the combative, self-protective nature of people.

The way you do that, as Roy H. Williams illustrates it in his memo, is to find something you can agree about. And express that you agree… and then from there… when the other is in his comfortable place of being right will be able to hear you.

Now, I am not good at this.

In fact even though I have a high TLB, it is not 100%. My best guess is that this question, the ability to be OK in the presence of dissent, disagreement, differences of opinion, different world views, arguments, I am not well there.

Even though I know where they have made a wrong turn, I am not able to debate, argue, or negotiate. I’d rather die. And I often die, withdraw, licking my wounds.

Why? I am not sure. It is what it is. My results are consistent with this disability… or weakness.

For example, this particular ex student never agreed with me on anything… and in the end I had to let him go…

Very interesting that he is asking this exact question…

One last thing: you always happiest when you are true to your standards, to your principles, and to who you are.

I am happiest when I have win-win, without an argument.

OK… this story explains the orange picture above:

Imagine that two women are fighting bitterly about who gets to have the last orange in the grocery store (Depending on my mood, I like to imagine that this story either takes place in a dystopian futurescape or in a romantic French village 150 years ago. In either case, oranges are rare).

Each woman lists the many reasons why she is the more deserving recipient of the orange:

“Oranges are my husband’s favorite fruit and it is his birthday!”

After some minutes of this argument, one of the women shouts,

“If I don’t get the orange I don’t know how I am supposed to flavor my muffins!”

The other woman rebuts, “Well, how am I supposed to make juice?!”

Suddenly the two women stop fighting. They realize that they don’t actually want the same thing at all. One of the women needs the rind for baking, while the other wants the fruit for juicing. They are able to split the cost of the orange and each take the part she needs.