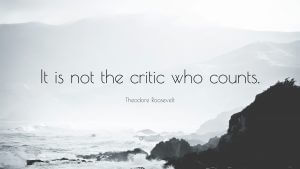 Let’s being the inquiry with intelligence.

What intelligence measures is your current, manifestable, measurable, testable abilities… let’s say: all of them. Including your social, emotional, physical, spatial, spiritual intelligences. A comprehensive number. It is, actually telling us what you can do, learn, understand, use, without adding, learning, practicing anything more. Right now.

It’s one number. A number that by itself it doesn’t say much, unless you compare it with your number with the number of others.

This number, surprisingly, will include all the measures I measure in your Starting Point Measurements. Attitudes to life, health, work, knowledge, others, yourself, all I can measure.

We could say that the number says your potential value for yourself, for others, for society.

We can see that the biggest difference between people with the same number is what they do with what they have. Ugh, you say?

Most people never do much with what they have. They remain an unfulfilled potential.

Someone with much less going for them initially, have far surpassed you because of their “I am doing it” attitude.

I was born with less than my older brother. I was sickly, I was sullen, I was abused, I was called stupid, but I had a 50% “I am doing it” attitude, while my brother didn’t.

His IQ was 130, mine was 100. I had holes in my brain, I was dyslexic, I was near sighted, I had blinding headaches, and I was an insomniac, had horrible stomach ache, chronic systemic infections, a hole in my heart… you name it I had it.

I just wanted to be the best I could be.

In the meantime I was anywhere from a straight A to a B student, depending on the year.

At age 16 I realized that talent, smarts weren’t enough, and I learned to learn. Not memorize, god knows, I still cannot… but learn nevertheless.

The human body is extremely responsive to challenge, and extremely willing to change, to get better, to be molded into a higher functioning machine.

Most everyone stops challenging themselves once they get married, many never challenged themselves. I have students who report that their MOTHER told them to not stretch themselves, they are OK the way they are. So they didn’t.

I literally only know one person who has been challenging himself, on and off, a few people who aren’t my students. James Altucher does that. Obviously there are more, but I only know him well enough.

Robert and Lance, my one time teachers do some of that, by maintaining an accountability practice, daily.

Some of my students do that, in earnest, most don’t.

Your happiness is impossible if your desires and your actions are not in sync. If you desire one thing, but do nothing to bring your results about, if you hope that the universe, people, know that you have already deserved it.

No such thing. You need to deserve what you want DAILY!