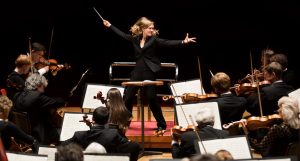 “You can only kick with one foot at a time, Otherwise you fall on your arse.”

You can only pick one thing that you want out of life, and if you pick the wrong thing, you’ll never be successful.

…Joel Salatin said, “the worst thing in life is to get older and realize you got good at the wrong thing.”

You would think that the title is about multi-tasking. But it isn’t. It is a life that is un-integrated.

So what is an integrated life?

Most people’s life sounds like the tuning the instruments phase of the orchestra: cacophony. Bad noise.

Yeah-yeah Sophie, but what is the music sheet? What should you organize your life around so you can live the integrated and therefore enjoyable life?

I am going to copy an email by Tai Lopez in the footnotes 1 .

Because what he is telling you is how to pick the sheet-music so your life, your orchestra, turn out beautiful music… for you.

Without knowing what is the organizing principle of your life, the sheet music, you live a disjointed life…

You are not happy. Cannot be. Your life is a mess and the fixes and tweaks you put in are ineffectual… because unless you make changes on the seed level, nothing actually makes a difference.

Then I did a Landmark seminar “Beyond Fitness” and I saw that all my dreams to make a difference in the word are mute, will never be able to happen, unless I make a commitment to be able to work till 120 (that is a Jewish number).

So I re-organized my life. This was 20 years ago. It’s taken me this long to be almost perfectly well… I am at 80% now.

I maybe look my age, but I definitely don’t act my age. I see a lot of people my age, and they are not up to anything…

Your most important todo is to get well.

Changing habits is tough and takes a long time to get it right, to adhere to it, to stick with it, to become a new person who doesn’t cheat.

Invent a context for your life and put health inside that context.

Then look at your work… and put that inside that same context. You may want to change what you do for money… but before you change, become too big for your current work. It develops capacities, the skill to put all power into all action, to do what you do with integrity, inside an empowering context.

If you switch to something more attractive to you, you’ll likely fail… 98% probability.

I now have two interns. They, somehow, got that to get to their work/livelihood destination, one must do zig-zagging, or they will get trapped.

No one talks about that, because everyone is only interested in the end result… But I read some of the book Principles by Ray Dalio, and he generously shares his zig-zags.

And I read Sam Walton’s autobiography… and he zig-zagged.

Most likely there isn’t a straight line path to what will make you most fulfilled and what you are most suitable for.

Life is like a river where you need to turn a corner to see what is coming next. And there is no jumping. I don’t mean you can’t jump, but it will always be a dead end jump…