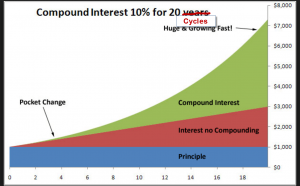 There is a controversial saying by Charlie Munger, who said: to get what you want, you need to deserve what you want.

This is controversial, because the verb, deserve, is bastardized in our culture. What he should have said:

And this last sentence is what this article is about: the kind of person who can earn what they want.

One common thread that I notice among my clients and students is that they let their life hang on one or maybe two activities, which is not to be the kind of person who can earn what they want.

Tai in his 67 steps uses Jennifer Lopez as an example. Jay lo sings, dances, keeps herself attractive, manages her public image, negotiates her fees, tours, auditions, and who knows how many other things she needs to do well to stay in the limelight.

Contrast this with the artist who makes art, tries to learn how to market, but ultimately ends up cleaning her house top to bottom, because she knows how to do that.

Or the photographer who takes pictures, but doesn’t know how to sell her services well, so she returns to substitutive solution 2

The best known example we have is Benjamin Franklin, because he shared his method through his writings.

What he did is duplicatable, repeatable, the surefire way to earn what you want, even if you don’t know what you want… yet.

I didn’t know what I wanted: every and any worldly ambition left me with a feeling that I would want that as a substitute.

I first had an inkling of what I wanted when I first connected to Source, consciously, and I had a clear sense of being at home. Every other place was a place to park myself, not home. So I decided that I wanted a life where I am at home.

What was missing to master? Myself, my attention, my awareness, my body, my knowledge, my marketability, my ability to market, to sell while not selling, writing, and writing… and maybe even writing.

I have, thus far, earned to live at home, and live on a meager income.

I have made serious strides in the area of health, mobility, my awareness, clarity, and maybe in my writing.

But I have not made a lot of strides in generating enough income to be able to travel, to be able to have my house cleaned, to regularly visit a dentist.

So this “compounding interest” in the area of business is my next step with hopes to be able to hire a cleaning lady, go to the dentist, and maybe travel.

So what is compounding interest outside of the world of finance?

Let’s look at weight loss as a great example:

If you set out to drop 50 pounds by your class reunion… you’ll rush into doing it… and you’ll put the whole weight back and more. So that is not compounding interest. You can see the same thing in get rich quick schemes… Go for the stars, get the moon (maybe) and promptly lose it again.

The approach, the compounding interest method is different. I have used it and have dropped 50 lbs in about two years, maybe a little more.

As you see, many things, many elements, done consistently, lead to result. Also no hanging skin, the sign of a crash diet. None. My body looks like it looked 33 years ago, when I came to the US… of course my face and hair show my age…

I could not foresee all the components that produce the extraordinary results. They revealed themselves as I was enjoying the compound earnings of my actions.

Surprisingly, it is the same with the Big Bundle (aka my Secret Weapon).

There is a blessing in every bad thing that happens to you, unless it kills you, of course.

I started to use the Big Bundle (the bundle of BIG energies lol) that seeks out stuff that can kill you in your body. It is all physical… Of course, if you direct the energy according to YOUR imminent wisdom, aka the limited perspective of the human mind, then the Big Bundle will not do all the housekeeping it can do. 3

I refrained from telling the energy where to go and what to do. And thus far it has found six blockages and worked on them. One of them is blockage in an artery going to the heart… I had no idea it was blocked… but had symptoms, numbing in my left hand and left foot, but I still didn’t suspect.

So it hammered away at that this morning.

The whole “treatment” takes about two minutes… I don’t have patience for more… I can’t even tolerate baths, or massage, or cuddling. I like to be in movement. Mercury…

So the plan for me to use this compounding interest method is to work on seven aspects of business, in rotation, but never drop the ball. And that is the crucial issue: never drop the ball. I first heard this expression on a youtube video… this is one of the most unreasonable demands… about the same level as Joel Salatin’s one rule: Never make a mistake.

Benjamin Franklin did that with his writing, did that with countless other skills, and most famously with his 13 virtues. Tracked, documented, never dropping the ball.

He went from penniless youth with no support to wealthy, trusted, revered even, a statesmen, a diplomat, and a famous inventor.

He simply followed a simple integrative principle for his life, the principle of the compounding interest. 4