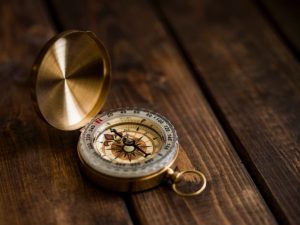 I am working to take some of you back to the place where we abandoned the evolutionary path that would have taken up higher, to the promised land, and made a wrong turn.

By feelings I am talking about the sensations our bodies give us, not about the emotions that are exclusively marker feelings, created by words.

The article I have found for you is very closely related to what I am talking about, even though it talks about words… but words are not necessary if you have allowed yourself to feel what you feel.

Working with clients, and working on myself, I can see that for much of the time what I am asking of you doesn’t make sense… meaning: the words, the mind, has no idea what I am talking about.

But some of you will trust me, and you’ll manage to retrace your path to a time where inner guidance was reliable.

Why isn’t it reliable now? Because your current “inner guidance” is all words, and words are the main tools to enslave you and separate you from yourself.

Here is the article…

I am expecting some of you raising your hands saying you want to work with me on this. 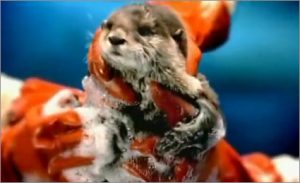 Unknown Unknowns: The Problem of Hypocognition 1

We wander about the unknown terrains of life, complacent about what we know and oblivious to what we miss

Unknown Unknowns: The Problem of Hypocognition

In 1806, entrepreneur Frederic Tudor sailed to the island of Martinique with a precious cargo. He had harvested ice from frozen Massachusetts rivers and expected to make a tidy profit selling it to tropical customers. There was only one problem: the islanders had never seen ice. They had never experienced a cold drink, never tasted a pint of ice cream. Refrigeration was not a celebrated innovation, but an unknown concept. In their eyes, there was no value in Tudor’s cargo. His sizable investment melted away unappreciated and unsold in the Caribbean heat.

Tudor’s ice tale contains an important point about human affairs. Often, human fate rests not on what people know but what they fail to know. Often, life’s outcomes are determined by hypocognition.

What is hypocognition? If you don’t know, you’ve just experienced it.

Hypocognition, a term introduced to modern behavioral science by anthropologist Robert Levy, means the lack of a linguistic or cognitive representation for an object, category, or idea. The Martinique islanders were hypocognitive because they lacked a cognitive representation of refrigeration. But so are we hypocognitive of the numerous concepts that elude our awareness. We wander about the unknown terrains of life as novices more often than experts, complacent of what we know and oblivious to what we miss.

In financial dealings, almost two thirds of Americans are hypocognitive of compound interest, unaware of how much saving money can benefit them and how quickly debt can crush them. In health, a full third of people suffering from Type II diabetes remain hypocognitive of the illness. They fail to seek needed treatment—despite recognizing blurry vision, dry mouth, frequent urination—because they lack the underlying concept that would unify the disparate warning signals into a single alarm.

Hypocognition is about the absence of things. It is hard to recognize precisely because it is invisible. To recognize hypocognition requires a departure from the reassuring familiarity of our own culture to gain a grasp of the unknown and the missing. After all, it is difficult to see the culture we inhabit from only within.

Consider this: how well can you discern different shades of blue? If you speak Russian, Greek, Turkish, Korean or Japanese, your chances are much better than if you speak English. The former groups have two distinctive linguistic representations of blue. In Russian, for example, dark blue (sinii) and light blue (goluboi) are as distinct as red and pink. But in English, we know blue as a single concept. The deprivation of finer-grained color concepts poses a great perceptual disadvantage. English speakers more easily confuse blue shades, not because we have poorer vision, but because we lack the more granular distinctions in the language we speak.

Hypocognition also lies in the muddle of emotional experiences that we encounter but fail to explicate. We are hypocognitive amidst the rumbling moments of frustration when we are at a loss for words to describe how we feel. If there is any consolation, we could look to other cultural worlds to acquire an emotional lexicon that acknowledges these emotions. Ever felt the unspoken but mutual desire when looking into a loved one’s eyes? That’s mamihlapinatapei in the Chilean Yagán language. Ever felt the irresistible urge to pinch a baby’s cheek? That’s gigil in Tagalog.

But no single emotional repertoire can encapsulate the multitudes of emotional experiences humanity has developed. Picture this scene:

A man acts clueless and clingy to get his wife to cook breakfast for him, even though he knows she is in a hurry. She cooks for him anyway. What is the man feeling?

The wife reciprocates by arranging a private social outing, making her hubby obligated to come along. The man comes along anyway. What is the wife feeling?

The emotion in play is amae, which you, like us, might have a difficult time parsing, unless you were brought up in Japanese culture. Amae is a pleasant feeling the man experiences when he basks in the indulgence of his wife, and vice versa. The man feels loved, not because his wife cooked for him, but because she cooked for him despite his ill-mannered demand—one he masterfully orchestrated in the first place. Amae, an emotion with no equivalent counterpart in English, may feel befuddling and Machiavellian to a Western mind. But it makes perfect sense to the Japanese. It welcomes intimacy, fosters affection, and invites vulnerability. It is the cement of social relationships in Japan.

Perhaps herein lies the greatest peril of hypocognition. It is facing a concept that captures something we cannot fathom, an exotic emotion we cannot grasp, a certain idea that arouses in others fervor and enthusiasm but strikes us as nothing but foreign and bizarre, a certain principle that must, against our own reason, be unreasonable.

Amid pitched political battles, partisans see only the concepts associated with their own side, hypocognitive of the principles that support the judgments of their ideological opponents. Liberals, for example, construct moral arguments primarily on two principles, harm/care and fairness/reciprocity, failing to recognize additional principles, such as in-group loyalty, respect for authority, and purity concerns that drive conservative opposition.

Amid the heated discourse on bad sexual experiences, the English journalist Caitlin Moran points out, “Men’s tabula for women is completely rasa.… There are no templates for how to approach a woman in a jolly and uplifting manner, discover her sexual preferences, get feedback while you’re rolling around naked, and learn from her without feeling oddly, horribly emasculated.” In our most intimate attempt to understand the opposite sex, how much of interpersonal misunderstanding, of social faux pas, of frustration-turned-aggression is because of hypocognition? How much are we hypocognitive of each other’s mental worlds?

If hypocognition impoverishes our knowledge and understanding, how do we become free of it? The attempt to reduce hypocognition should be a delicate pursuit, because going too far against hypocognition makes us vulnerable to its opposite—hypercognition. To suffer from hypercognition is to over-apply a familiar concept to circumstances where it does not belong. Psychological stress, for example, has a real yet complex relationship to physical illness. But people often overextend the concept. Despite what many believe, stress does not cause ulcers or irritable bowel syndrome. It might exacerbate an episode of eczema, but in no way is it the cause of the malady.

And who are most likely to fall prey to hypercognition? Experts. Experts who are confined by their own expertise. Experts who overuse the constricted set of concepts salient in their own profession while neglecting a broader array of equally valid concepts. Given a patient, a heart specialist is more likely to diagnose heart disease than an infectious disease expert, who is more likely to see the work of a virus. The bias towards what is known may lead to wrong or delayed diagnoses that bring harmful consequences.

But let’s give credit where credit is due. The human mind is an amazing organic hard drive of information. The typical English speaker will know the equivalent of 48,000 dictionary entries by age 60.

Nevertheless, even with that capacity, hypocognition is unavoidable. The vocabularies we gain in a lifetime pale against the 600,000 entries contained in the Oxford English Dictionary, and that is even before we turn to the myriad of concepts residing in other languages.

Over the past decades, social science has catalogued numerous knowledge gaps in the human mind. Perhaps we can start to gain insights into these blind spots by adding the notion of hypocognition to our cognitive arsenal. It will not cure our fallibility, but it might just invite us to seek out our personal unknowns and lead us to a wiser and more enriched life.