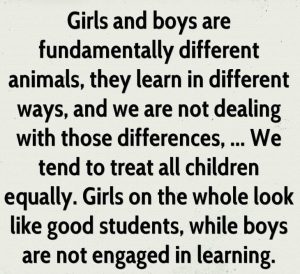 One of the most important principles in the 67 steps program is to get rid of a “truth” as often as you can.

No one hears it. No one does it. Why?

The mind says: why should I get rid of a piece of useful knowledge.

But here is the problem with “knowledge”… most knowledge you have is fabricated, with rendering you an effect… instead of cause. Rendering you unthinking… instead of making your own observations, testing, and real truth.

I question everything. And little by little, I get rid of stuff that has been declared true for centuries, often thousands of years. 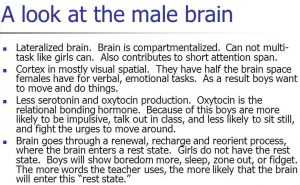 Not a blanket rejection… No, that would be more of the same. No… on by one, investing work, thought, time.

I have a guy who likes to write comments on my site. His “knowledge”, I just muscle tested, is 70% memes.

A meme is an untrue statement propagated as the truth.

Some people have their head filled more than others’… but we all believe some of them… get inspired by them, share it on social media… and other despicable activities.

All words. Males close with their mothers are especially harmed by all these words… Because the male brain is different from the female brain, in many ways.

I just watched a phenomenal TED talk by Mike Rowe, an actor who is in a TV show called Dirty Jobs.

Watch it. Maybe watch it a few times. It pierces quite a few manufactured memes… memes that make you unhappy, literally.

And if you are man enough, come back and share. Be willing to be a bumbling idiot… it’s your authentic self really.

Am I insulting you? No, not at all. I think being a bumbling idiot is a much higher consciousness state than the state you like to be in: be sure, feel knowledgeable, competent, etc.

Only to discover that you are full of sh*t.

Now, here is the million dollar question: if you are already screwed up, if your brain isn’t working the way it was designed to work for you (my brain is not different!) then what can you do?

I am still in research mode about that… but I have found some pointers:

1. your eye brain coordination needs to be developed. In normal boy-type upbringing this would not be an issue… I climbed trees, and did lots of other boys activities… but you may just start out.

The EyeQ program with its exercises seems like a good choice.

And your intense craving to be approved of… My hunch that we’ll be able to pull that, like an attachment, in the Activate Divinity program.

Misery is the other choice… of course. You can always remain miserable.

2 thoughts on “Get rid of the memes… all of them are lies… Boys and girls, memes…”