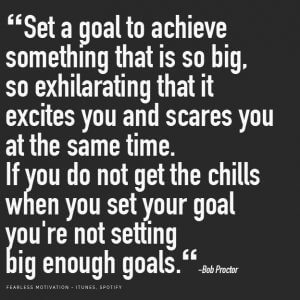 Finding a fulfilling career can sometimes feel impossible. … according to Bridgewater Associates founder Ray Dalio. If you are one of the people who is complaining that you don’t know how to get that… here is the first step is clearly setting your goals.

“Your choice of goals will determine your direction,”

“There is always a best possible path. Your job is to find it and have the courage to follow it,” 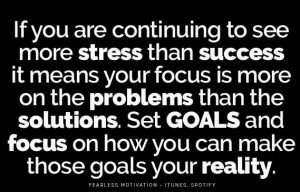 He doesn’t say it, because he doesn’t know… but the number of people who simply want a happy fulfilling life without investing none of their time, none of their efforts in it is staggering.

If your desire number is higher than your ambition number, you are, for the time being, sh*t out of luck.

Of course I have students who went from 99% desire number to 10%… so it’s possible. And it is also a lot of work, a lot of learning, a lot of self-knowledge. But it is possible.

The first difficulty is: selecting the goals to go for… Don’t forget: most people don’t know what they want, especially if they actually have to do something for it.

Here are four pitfalls to avoid when choosing your goals.

First, you have to make big decisions about what you want most. That means 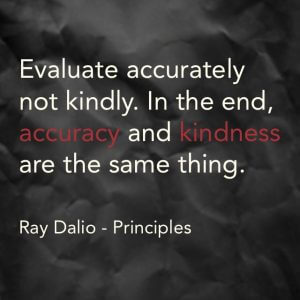 “While you can have virtually anything you want, you can’t have everything you want,” billionaire Dalio explains. “Life is like a giant smorgasbord with more delicious alternatives than you can ever hope to taste. Choosing a goal often means rejecting some things you want in order to get other things that you want or need even more.”

Not being selective is a big mistake, Dalio says.

“Some people fail at this point, before they even start. Afraid to reject a good alternative for a better one, they try to pursue too many goals at once, achieving few or none of them,” he writes. “Don’t let yourself be paralyzed by all the choices.”

2. Pitfall: Confusing a goal with a desire

When you’re considering what priorities or ambitions to focus on, be clear about the difference between a goal and a desire.

“A proper goal is something that you really need to achieve,” Dalio writes. “Desires are things that you want that can prevent you from reaching your goals.” 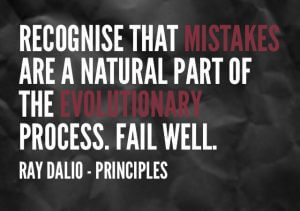 When it comes to a career however, desires and goals can be aligned (unlike chips and healthy habits.) For example, if your desire is to spend time working with people instead of being trapped behind a desk, while your goal is to make a difference in your local community, find a job that lets you do both.

“Decide what you really want in life by reconciling your goals and your desires,” Dalio writes. “What will ultimately fulfill you are things that feel right at both levels, as both desires and goals.”

3. Pitfall: Focusing on the wrong reward

The motivation behind your goals should be about more than money, Dalio writes.

“Don’t mistake the trappings of success for success itself,” he advises. “Achievement orientation is important, but people who obsess over a $1,200 pair of shoes or a fancy car are very rarely happy because they don’t know what it is they really want, and hence what will satisfy them.” 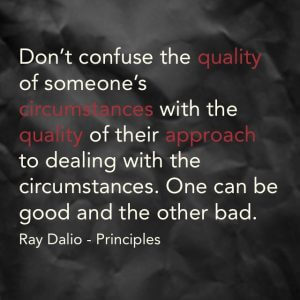 Indeed, many successful entrepreneurs agree they were motivated by fulfillment, not money. Apple CEO Tim Cook, Richard Branson and even Warren Buffett are among the business leaders who advocate for finding meaning outside of wealth.

“Don’t work for money — it will wear out fast, or you’ll never make enough and you will never be happy, one or the other,” Cook said in 2017. 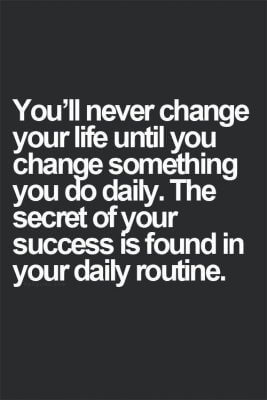 When it comes to setting your goals, the sky is the limit. There are a few exceptions, like “playing center on a professional basketball team if you’re short, or running a four-minute mile at age 70,” Dalio writes, but aside from that there is no dream too big to tackle.

“What you think is attainable is just a function of what you know at the moment,” he writes. “Remember that great expectations create great capabilities. If you limit your goals to what you know you can achieve, you are setting the bar way too low.”

Now, what should you take away from this all?

I suggest that you get that unless you have goals, you will never be fulfilled… it is like going on a sailing trip setting no destination… may be enjoyable for a day, maybe two days, but then it becomes boring, and you’ll become excitement seeker… because boredom is one of the enemies of fulfillment and happiness.