The brain that changes itself is a book I read in 2011… And today I watched the documentary… and let you also see it.

Why have I been thinking about brain plasticity/neuroplasticity?

Because I have been intrigued by the fact that in this recent illness I could clearly see the things that were happening inside my gut, and what was the next step to bring myself back to health.

Had I gone to a doctor, I would be dead. 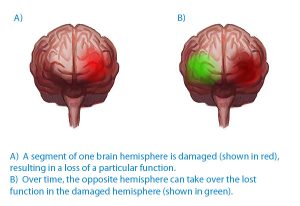 I have realized that through many decades of self-training, I have corrected brain issues that I was born with, and compensated for many disabilities due to being born a very premature, very small baby in a hospital with no incubator, to a mother who didn’t want me.

I must have been really stupid… I didn’t feel stupid, by the way. But from the behavior of my mother and my siblings, the “official” opinion about me was that I was stupid.

Because I had the “spirit” really strong in me, I have overcome most of the challenges that nature and myself set in front of me.

And in the last twenty or so years, I started to see not with my eyes, but with my feelings/sensations. 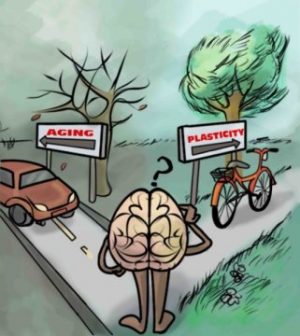 Obviously seeing needed to be coupled with an accurate understanding… so I am an avid reader… on average I read ten books a month, when I have more time, twenty, while I run this business as well, write my articles, have coaching calls, etc.

Beating this weird poisoning in my gut took 8 zig-zag moves, and I am still not quite done (I am done 92%). But every move was a surprise to me: unorthodox, but effective.

“As novices, we don’t trust our judgment. Then we have some success, and begin to feel a little surer of ourselves. Finally, we get to the top of our game and succumb to the trap of thinking that there’s nothing we can’t master. As we get older and more experienced, we overestimate the accuracy of our judgments, especially when the task before us is difficult and when we’re involved with something of great personal importance… Most people are inclined to use moral terms to describe overconfidence — terms such as ‘arrogance’ or ‘hubris.’ But psychologists tend to regard overconfidence as a state as much as a trait.”

When we enter a conversation with curiosity, we allow ourselves to see things differently and to be surprised by what we discover.

One of the moves,to prevent the offending bacteria from adhering to my gut wall, I have been taking Mannose sugar… So I can flush out the bacteria.

Now, 60 years later I know they weren’t treated right: the offender, the cause of the discomfort was misdiagnosed. So treatment has caused countless of additional illnesses down the line, many was near-fatal.

All kinds of stuff can cause discomfort in your bladder and other parts of your peeing equipment. Among others the “mites” I have been observing, and have nearly 100% conquered over. I am nearly 100% sure that the urinary infection was not that… it was the mites. 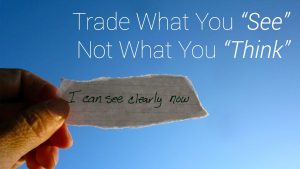 How do I know? By observing.

At certain level of “expertise” or competence, you actually return to “I don’t know what I am seeing”… 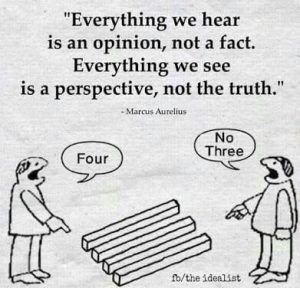 You see, from the results, that you actually saw a lot, and saw it accurately.

The opposite is the 99%: they think they see a lot, they think they see it accurately, and they wake up with the shabby result that show that they neither saw much of reality, and even what they saw was not accurate… so the results are supposed to be poor, a shadow boxing incident.

There is a correlation among those… but ultimately all the thinking won’t make you see differently than what you see… no matter how many affirmations you’ll repeat.

I made a vision board, a collage of some 20 pictures, some 10 years ago. It is on my refrigerator door.

I have not made any moves towards any of the small pictures on it. Any.

Because all seeing comes with a “silent” speaking, and together what you see and what you said will become what Landmark calls “Occurrence”… So technically your actions will come from Occurrence.

occurrence: what you see plus what you say about it.

All those “realities” depicted on the individual pictures, are in the domain of “not possible for me” or “not important to me”… and thus: no action. 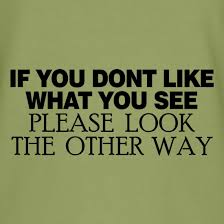 You are the same way, with a difference: you either lie to yourself, or you are completely deaf and blind… neither see nor hear.

Students of mine who train with EyeQ are going through a miraculous brain training. It is not for everyone. If you are happy being dull, boring, and bored, it is not for you.

It prepared my brain to wake up and correct itself when I had my second major traumatic brain injury in 1998. There are hardly any symptoms remaining…