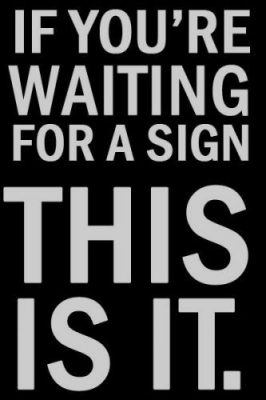 Thoreau thinks misplaced value is the cause: We feel a void in our lives, and we attempt to fill it with things like money, possessions, and accolades.

I think that the truth is deeper than that.

“The ability to simplify means to eliminate the unnecessary so
the necessary may speak.” – Hans Hoffman

On yesterday’s grocery shopping trip (I don’t have a car. So I go shopping with the community center’s van for old people.) I watched the other people… two days before the next “pay” comes in, they barely had enough money to buy an item or two. One spent those few bucks on wine… One couldn’t even come to shop… not until he gets his check.

I talked to an 80 year old and a 95 year old woman. By that age, it seems, you appreciate if you are feeling halfway decent. I am only 71… I’ll be next Tuesday… if you want to wish me happy birthday.

But most people aren’t that old, and they, you, are dissatisfied.

You plan, you expect what you planned to come to fruition, and it doesn’t… or it comes with a shadow side. 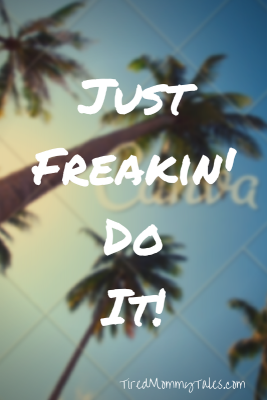 It is your expectations.

To boot, there are programs after programs darn attractive to people, that teach that you can get exactly what you want… by wishing it… imposing your wish on your thoughts. Matching its vibration. Desiring… strongly… and get caught in the desire trap.

One of my students sent me a playful email:

You are so mean to me

That’s right. YOU. The imaginary Sophie in my head. 🙂

So yesterday…I’m at my Sunday book club meeting. The room is full of what you would call California people…healers, actresses, aura readers, people-who travel to India every chance they get.

The subject turned to creating wealth. I asked I anyone had read The Science of Getting Rich. None had. I pulled out my trusty Kindle and read a few paragraphs of the first chapter where Wattles talks about the right to be rich.

The response was.. “That’s great. But all you really have to do is the Shreem Brzee.”

She: “It’s a wealth mantra. Superb spiritual technology. Just repeat as many times as humanly possible throughout the day… and at night, bolster it with “ho’oponopono” as many times as possible. You will attract the most amazing results.” 1

Sophie in my head: “I will kick your ass if you even THINK about going down this road.”

The hogwash of manifestation, the energy of sound b.s. is attractive to people who aren’t interested in actually “earning” their money: they want it to fall out of the sky.

If these theories were any accurate, we would live in a different world.

But reality is the way reality is… and you can’t create something from nothing.

You need to earn what you want…

They call this earning…

Both knowing what you want, and doing the right actions require capacities to open, lot so skill building, learning… are you disappointed yet?

I once was in an recruiting event where a young man stood up and declared that what he wanted was to play basketball on an NBA (National Basketball Association) team. He had some debilitating disease… he walked on crutches, his legs shriveled.

Half of the room left in the break… they could see that the organization where people say things that are not based in reality can be of any use to them.

I read a great article yesterday about Herman Hesse’s Siddhartha, a novel about two seekers.

In a quote from the novel it says: “When someone seeks,” said Siddhartha, “then it easily happens that his eyes see only the thing that he seeks, and he is able to find nothing, to take in nothing because he always thinks only about the thing he is seeking, because he has one goal, because he is obsessed with his goal.

Seeking means: having a goal.

But finding means: being free, being open, having no goal.”

What Herman Hesse doesn’t say, because it is too revolutionary, too enlightened, too (whatever it is that people cannot accept)… is that unless you choose things to be the way they are, what isn’t just so will hold your attention, and eat away at your life, leaving nothing but misery behind.

Here is an example: you set a goal to read at a speed of 50 pages an hour by your birthday. You practice, you push yourself, and you get your reading speed up to 42 pages an hour.

And you quit trying.

You are mired in a sense of failure. So much work and only 42 measly pages an hour? F… that!

You don’t know because no one is telling you that you manufactured your own misery. Every step of the way.

You created a goal… and it ate your lunch… so to say.

So what can you do, if setting goals, being fixated on a goal, beating the dead horse won’t do it, won’t make you get what you want?

The answer is simple enough:

Make what you want a preference. Not a goal: A direction. A direction you’ll use to define your actions. Like a compass.

Life, reality, is a lot like that: you’ll use a compass, but the world is not empty…

There is no straight line in reality

The path towards north is leading around obstacles… bumping into them, bloodying your nose… getting up and keep going. In zig-zag.

So what is the “technology” exactly?

Until the time that you’ll have an “I” to actually choose, this will be temporary… but will hold long enough so you can calm down and see what it is you would want to do next.

If you are a habitual liar, pretender, faker, conman (30% of humanity!) then this may not be possible for you.

But, surprisingly, this, choosing things to be the way things are, is the fastest path to become a person… to possess a Self, and to begin your journey to Self-growth, to become a HUMAN BEING.

At this point you are a human SEEKER, a human Resistance machine, a wisher, and if we want to use stronger words, a wretch…

Don’t be mistaken: among all the thousands of people I coached in Landmark Education, I didn’t find one person who was able to choose. Partially the program was responsible.

They took a whole 60 minutes of the 60 hour program to deal with choosing… and were very self-satisfied when one person got the first glimpse of what is choosing. So no one that I know made them practice, struggle with it, feel the cognitive dissonance, the muscle pain, and come out on the other side empowered, and with the ability for joy.

Landmark, like church, needs you to need it. You are a meal ticket. And happy joyful people rarely come back to “church”. They go out and do good things… lol.

Same thing happened with another crucial distinction I make you practice in the Playground program… separating the story from the what happened.

The biggest problem of humans is the collapsing reality with what they say about it… the mind. And when these two aspects of reality are collapsed, being happy, being joyful, being free is impossible. Totally impossible.

The Playground method cleans up the past, and the choosing method brings the same idea to the present moment. To the “now”. No woo-woo, no magical thinking, no sitting cross legged and watching your breath going in and out. No, dealing with what is in front of you, powerfully. With sober eyes.

Here is an unplanned recording where I attempt to teach this idea to someone who used to take my courses, but hadn’t been around for years.

I don’t promise that one listen will equip you to actually be able to do what you need to learn to do, so you can have a life of joy, ease, and freedom.

You decide if that is worth your time and effort.

PS: One of the most dramatic choices I made, back in 1996 that completely changed my life is this: I chose to be stupid when I was stupid… instead of fighting it, trying to cover it up, change it.

I chose instead to be stupid when i was stupid.

That allowed me to develop strategies to reduce the frequency of incidents when i was stupid.

It also allowed me, eventually, to choose other people to be stupid when they were stupid. That step was much harder, and it took me several years.

I am now working on choosing you to be shallow, mundane, self-centered, haughty, arrogant, superior, when you are that way.

Obviously my preference is that you are deep, intelligent, interesting, etc… but that is not how you are. So instead of avoiding people and becoming a resentful hermit, I choose you to be the way you are, and I have noticed, I may even be able to enjoy you, enjoy them… Hah! I have never expected that! lol.

PPS: I decided that you deserve another chance at taking the Playground program, that will now include the Choosing method.

It will be on Saturdays, once a month, indefinitely. The first session will be on the second Saturday of September, September 8, at 4 pm my time. I’ll record the calls, so you can listen to it, whether you were at the session or not.

And as a bonus, I include all the recordings of the last Playground program.

This is not a series of lectures… this is practice. One-on-one, with me. If you need to set up a partnership to practice, I can also help you with that.

More on the salesletter

As usual, my courses are a handful of people, so you get plenty of one-on-one time. And the program is priced that you get 10 times more value than your money…