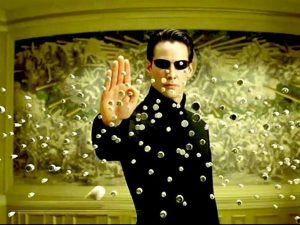 Impervious means: unaffected by, untouched by, immune to, invulnerable to, insusceptible to, resistant to, indifferent to, heedless of, insensible to, “he seemed impervious to the chill wind”, impervious to insults, impervious to fear

Of course no one is impervious to anything really, or they would be dead… You need to be present and notice attacks, malicious intention, fear, pain, and everything that you need to protect yourself from.

The impervious we are talking about is the emotional unshakeability that spares you from a life of a roller coaster, from being reactive, from being judgmental, for going into despair or going to mania.

The kind of inner environment where you can actually have joy, contentment, and workability. Where you “horse” doesn’t run away with you, hijacking you at the slightest irritation. 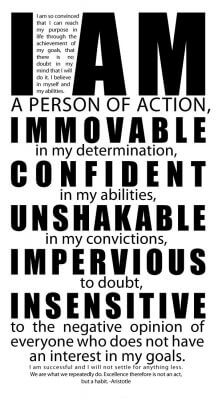 I had an activator in the Second Phase Activators course… And I made it the very first one, because it is probably the most important capacity you can acquire. I called it the Lotus. The lotus is a swamp flower that grows out of mud and morass turning ugly into beauty, because it is impervious to ugly… it goes by its own “mind”.

I used to have a life of roller coaster, in health, mental health, in success… Highs and lows alternated, and I pretty much felt like life took me through the spinning cycle of the washing machine, and left me limp and sick and suicidal periodically.

At some point I saw that no matter how much talent, diligence, curiosity, iron will you bring to life, if life takes you out, you’ll never amount to much.

Your TLB, your twitchy little bastard score and your imperviousness go hand in hand, in fact they are one and the same.

You trade in the stock market… and you sell too late, or you buy too late, too early… jump into conclusions, throw up your hands, cry “bloody murder”… and, of course you lose your shirt.

You are a musician. You only want to play with the best, because incompetence, slothfulness irritates you and brings you out of your cool.

You crave attention. You want to be loved, respected, appreciated, and this concern throws you to the curb more often than most people have breakfast.

You step on the bathroom scale and look at the number and you start the day with self-hate, or with celebration.

You never have “sober eyes”… everything means something, leading to drama and more drama.

You react. You may have a fixed way to react to irritation, difficulty, or “attack”.

Some become docile… some become too nice… some become belligerent, argumentative, hostile… some weep, wail, mourn… some become frightened and spend days trying to figure out how to protect themselves from what they see may happen. some eat, drink, play computer games, sex, drugs, disappear…

You have your own non-winning way. It is fixed.

I observe people and I notice that they are shrinking. They try to not show any vulnerability, any attackable surface to anyone… they are protecting themselves from being attacked.

They become small, bored, closed, uninspired… so they are looking for stimulation elsewhere. Because it is against human nature to be closed!

Everybody thinks that the culprit is outside of themselves. That it is other people, life that makes them react, makes them feel attacked, or would make them loved and cherished.

Everybody is ignorant of their role… inside.

In the new Playground we turn our attention to the inside.

Instead of trying to make life easy and unthreatening, we’ll make you stronger. How?

It’s the only one in the world.

I invented it in 1988 after a stint in a 12-step program I found really useful. So I built a program around the same non-threatening, practice-based system, and it worked brilliantly.

But even though I was the designer of the program, I lead the sessions, I benefited, some inner dynamic I didn’t see, didn’t witness and could not include in the original program.

In 1995, seven years after the first program, my mother died.

It threw me to the curb. I cried for six weeks. I could not work. I was languishing… until I could, one day, see the dynamic, and suddenly I, forever, became impervious to that type of grief. This dynamic is also included in the program.

Later I had two more attacks on my well-being… and they were both a different leaf from the same tree: looking totally different. I included those in this program too.

Nowadays I am 90% impervious to bad stuff, and that means it’s a rarity that I react… It happened once this year, and it’s September. And it lasted an hour or so… until I got myself extricated from the jaws of misery and upset. I can live with that frequency and that duration. 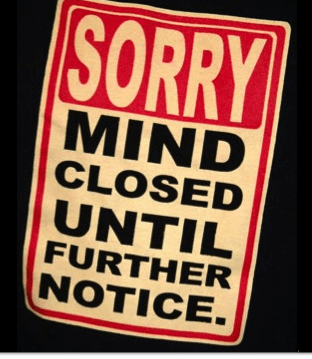 A little bit about the course or program:

I now have a little bit more time… so I will be able to run this inexpensive program longer than the previous ones, except the first one that ran for two years.

The longer the program runs, the more exposure you have to see how it works, what’s the enemy, and what’s the principle to disassemble the threat.

If you cannot make most of the live sessions, be prepared that you’ll only do mind-learning and it will be largely worthless. You are going to become a knowledgeable wretch.

Knowing about something and being able to do it in your sleep are two different things.

If you are someone who gets tired of a program… please don’t join the program, you’ll quit and I’ll surprise you: I won’t beg you to come back.

This program is only for those people who have enough inner drive to stick with it, to celebrate every learning moment so it gives them energy to go deeper, longer, and become a new breed of human.

That’s not you? Then please don’t come.

If you have been in the last Playground and you haven’t learned much of anything: you misunderstood the program. But it wasn’t the program’s fault: it was you. And most likely it is still you: you relate to everything that understanding is enough… it isn’t.

I want only the handful of people in the program who are convinced that life the way it is now with all its upsets is not really what they want to live… and they are willing to change.

A handful, I said… and I meant it. 3-6 people in a group. If the number grows larger, I’ll split the group.

And Kawa, my creative student and I are working on a computer program to give you a little practice daily, so you can get to impervious faster.

OK, I hope I have scared enough people off, and excited the handful I want at the same time.

—>Here is the sales letter: it was written four years ago, so it’s a tad outdated… but you probably already know if it is for you and if you are for it.

The first session is tomorrow, September 8 at 4 pm New York time. I am working on opening up a weekday or Sunday group as soon as it makes sense.

You can sign up any time. The recordings are in the members’ area, and you can catch up on the past sessions any time. The price is the same no matter when you sign up.

If you change your mind within three days, I’ll refund all your money. After three days all bets are off.

OK, go and read the sales letter… or if you know you want it: here is the payment button.

There is a payment plan… it is not a subscription. If you cancel or default, I’ll cut your access to the members’ area.