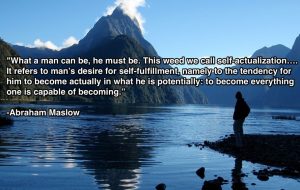 Self-actualization is the process of becoming all you can become.

Who is to argue that ultimately that is what we all need! 1

Or if we want to go deeper, that need to self-actualization aka BEING is our soul’s desire… while our ego wants to own, to have and to control the environment, others.

So soul wants you to be… happy, fulfilled, vibrant… and the ego suggests that the path to happiness etc. leads through possession, aka control. 2

The nature of reality is that everything comes from a root cause… and that is being…. 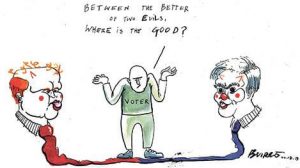 In this article I want to talk about the methodology, the process of self-realization… in Kabbalah, an ancient body of knowledge, this called soul-correction.

I am talking about visually ugly in that article. But the same principles apply to your inner ugly… and thus to your vibration, and your chances for becoming happy, healthy, wise, and fulfilled.

There are two ways to approach the idea of becoming beautiful, inside and outside. 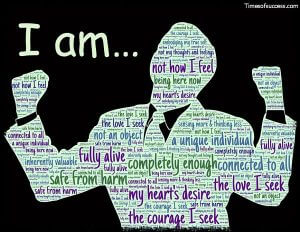 One way is to keep your eyes on the ideal, and start applying it on yourself. Clothing, makeup, maybe even plastic surgery, going to church, charity, good Samaritan acts, and for a few minutes here and there you’ll manage to look, to appear pretty, but for the most part nothing will change… neither inside nor outside.

This is, looking at the ideal, is what the collectors of memes on Pinterest or Facebook do… They read something pretty, or profound, or glorious and inspiring, and try to apply it onto themselves. On the top of the ugly.

They are sorely disappointed with the results.

For example, People who wait for inspiration, who act only on inspiration, are increasing their inauthenticity every step of the way. 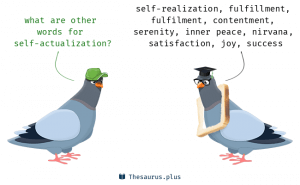 Inauthenticity is the distance, the gap, between your two selves.

We all have two selves, the public self and the private self.

The bigger the gap between the two selves the less chance we have for happiness, because happiness comes from self-love. And who could love their ugly self, when the difference is almost unbridgeable… 3

Your one self knows the other self, sees it in action, and hates it.

So what can you do? I am talking to YOU… because chances are, this is where you are. 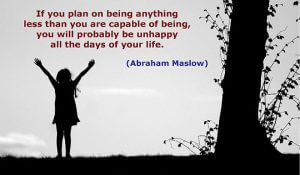 I call that self the precious “I”… and it is a painted face… a mask, a façade.

If you are lucky, you have people in your life who love you in spite of your ugly self… and from time to time talk to you about it.

Lucky, in this case, means: it is brought out to the open and you have a chance to make some corrections. Soul corrections. 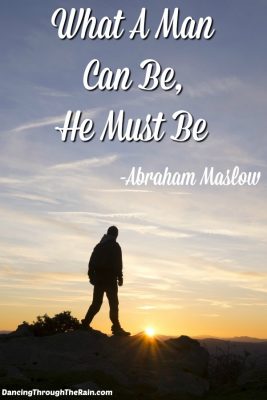 If you are not lucky, and you don’t have anyone in your life who loves you enough to talk to you about your ugliness, then you are on your own… and you will keep on increasing the distance between the two selves, and hate yourself and hate your life.

The best TV show to illustrate this, to show the ugly face covered up, to make inauthenticity obvious, is The Closer (TV Series 2005–2012). This show, for someone who is curious about the human condition, is a veritable goldmine.

It is rare to see a show where the actor has higher vibration than the character, and play it so brilliantly. Kyra Sedgwick’s vibration is 190, while Brenda’s, the character’s is 100.

Another “strong female lead” show I like is Madame Secretary where the character’s vibration is 200, while the actor’s (Tea Leoni) 100.

There are many popular TV shows on Netflix or Amazon Prime, that I am not attracted to. For example Breaking Bad… both the character and the actor has 100 vibration: nothing to learn from, 🙁

I have recently watched the movie Lincoln with Daniel Day Lewis. Lincoln’s vibration is 300, while the actor’s only 200. And the movie got stuck on the 200 level: Daniel Day Lewis could not manage portraying the 300 vibration, so the character of Lincoln was stuck at 200. How interesting.

Now, returning to the original topic: how do you become a person who you can love?

Left to your own devices, you probably can’t.

Having a mentor, a coach, a spouse who lovingly helps you “prune” the bad stuff is the solution.

Most spouses will point out, in the heat of an arguments, what’s wrong with you… but the “lovingly” is missing. 4

And most spouses, you! point out what they themselves can see, i.e. the speck in your eyes… the reflection of their beam.

In general, you cannot see something you don’t recognize.

Recognize means: you have seen it before AND you have named it before.

And while you have been like that yourself, you have little or no tolerance for the same being in another.

Most of my coaching calls, whether they are a “What’s the truth about you” webinar, Playground, or a one-on-one call, are hard for any person with a weak TLB… with a tendency to not being willing to look at their own shortcomings.

By the way, shortcoming is a great word, the closest to the Hebrew word from the Old Testament 5 for sin.

I am really bad at throwing anything… a ball, a frisbee, anything. My throw muscles are bad, probably due to some muscular-skeletal issues from the womb… So if we considered that throwing a ball far enough to hit a tree, for example, is the proper and godly way to live, I would have a very low vibration.

For me that was guilt and shame. Followed by grief, blame, anger, and boastfulness.

In these lowest levels of consciousness Dr. David Hawkins “map of consciousness” is quite accurate… at least it is in the ballpark, it doesn’t come very short of how it actually is.

But on the whole, his map of consciousness has caused more inauthenticity and misery than most anything invented by a human, including the Bible.

Why? Because the way to climb up the ladder of consciousness is to conquer a shortcoming for its own sake. For the sake of overcoming. For the sake of removing a dot outside of the strait and narrow.

Whereas adherents of Dr. David Hawkins look at a so-called high vibration consciousness, the word, and try to pretend to be that.

Disgusting, if you ask me, and a misery maker if you look inside yourself.

The same thing happens, by the way, in every area of life. “They” suggest that you create a goal, a vision, a mind-movie, a dream, a future you can covet.

And covering up takes so much time and so much energy, that you cannot find any real energy to pursue anything worth pursuing… so you don’t.

But even in smaller actions, like reading: while you have a “vision” or agenda for reading to get smarter, or know more, you actually miss what you are reading… for the “idea” of reading.

Anything you are not 100% present to, or present with is a SIN, a shortcoming, a missed opportunity, a ball falling short of its target.

So in the soul-correction model of self-realization, the “sin” to correct is looking at the goal instead of putting all power in all action, aka being completely present to what you are doing.

Name calling is not necessary. 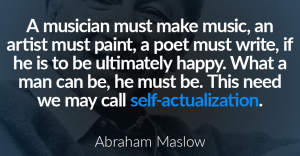 It is not bad, it is ineffective.

The nature of reality is that when you put all effort into all action, you eventually hit your target.

Now, what about people who look at what to do with too narrow, too shallow cone of vision, and keep doing it, in spite of the activity not producing the hoped for results?

“the worst thing in life is to get older and realize you got good at the wrong thing.”

Said in another way: being the kind of person who keeps on doing the same thing over and over, expecting a different result.

Never lifting their eyes from the “right thing”… that turns out the wrong thing, or just one thing.

The second worst thing in life is to get older and realize that you never got good at anything, except at avoiding making a choice.

The number of people who got caught in either of these “worst thing in life” behaviors is 70% of humanity.

And if you can believe my Sunday rant from yesterday, 30% of humanity doesn’t engage in either… instead they are happy the way they are.

Which means: if you are striving to get better yourself, or get a better life for yourself, you are caught up in one of the “worst thing” in life ways of doing life. 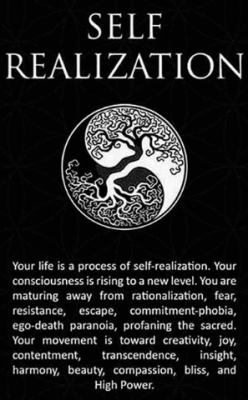 The coach’s job is to wake you up, and to help you to see your shortcoming… And help you correct it.

And if anyone tells you that it’s easy, or that it can be willed away, or removed by some energy practitioner, or any method, they are selling you snake oil: they want your money only, not what they claim they want for you.

And ultimately this is probably everyone, or nearly everyone: The pot calling the kettle black. Or the blind leading the blind.

My entry level coaching program, one on one… but in writing, is about $15 a week. $3 per workday.

If you cannot afford it, you have a bigger fish to fry… you may need to do something easier first.

Will any of my programs be a good fit for you if you can’t afford $3 per workdays? Probably not. 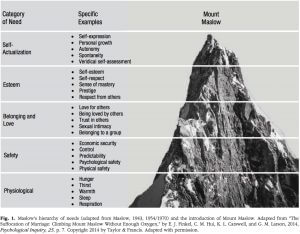 How you do anything is how you do everything…

I get to know you while you struggle with getting it right.

I’ll know if you are inattentive, if you assume things, if you don’t hear what you are told, if you are belligerent, if you are quick to point the finger at others.

Really. The cheapest character study ever. And you’ll have the exact shortcoming you want to eliminate to get what you want from life physically, mentally, spiritually and emotionally. The excellent life.