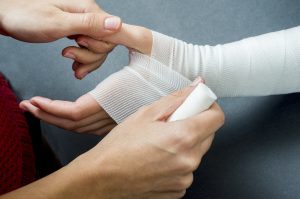 I wrote this article a few days ago…

Yesterday I fell and hurt myself… so i am pecking out this preamble with my right index finger… taking forever. And there are possibly typos…

When you have a strong enough latticework of things you know, you have experienced, you have believed, almost any substantial article or conversation will be an answer to your prayers.

I read today a long article on The Guardian website, saying, in essence: By gaining greater knowledge of how others think, we can become less certain of the knowledge we think we have, which is always the first step to greater understanding.

And then it talks about the concept of time…

In the TV series, The Closer, our female detective is hired by her ex boss… ex by about 18 years. She is around 40 now.

He is a womanizer, and she is in a relationship. Yet he gives her gifts, intimate gifts. She accepts… and everyone gets the wrong idea, except herself.

She doesn’t know what I didn’t know… and now I know.

Some 30 plus years ago I went to Israel as a refugee, with one normal size suitcase worth of stuff. I left in the middle of winter, and arrived to summer weather, the week of Purim. (March)

I had nothing. No money, no suitable clothes, no dishes to cook in, no job, no language. I had experienced poverty before, but this was way beyond.

I started to work almost immediately: morning I went to the Hebrew classes (ulpan) and in the afternoon I worked for an architect.

After I got my first paycheck I saw an advertising of a family that were returning to the US (lots of US Jewish families try immigrating, and change their minds) who were selling everything: moving sale.

The mentioned cooking utensils and cutlery, so I took the bus to them to buy as many as I could.

It turned out to become a big box full… The couple’s grandfather offered to give me a ride to the immigrant housing.

On the ride there he invited me to his house in Caesaria, a seaside town, more like a village, to visit.

He had a decent size house, and I was given a room of my own… except the first night he broke in and wanted to have sex.

Then the coming months he showered me with gifts that now I know you don’t just give to someone because they are poor.

But then i didn’t know that.

When I found out that he wanted to marry me, I said no.

Next thing I know: he was suing me for breaking a promise to marry whatever they call that.

Months of public humiliation, a newspaper reporter published the case, I almost lost my job: by then I worked for the City of Jerusalem as an architect.

This has been a source of shame, a source of victimhood for me… until just a few minutes ago.

By the article’s suggestion that I look how other people think, I saw that I was operating from my limited perspective, by what is right by my culture, by my thinking, not this old dude’s.

What “wrote” this story is not what happened, but what two people were thinking, the old dude, and the young women. By the way I am about as old now as the old dude was then… lol.

By being able to see what he thought, I am now relieved from feeling shame… I didn’t know.

So when something is happening, it is useful to look what the other person was thinking, his meaning, not just yours.

I am not saying it’s easy, but it’s important, and it’s possible.

So, as you see, us keeping an open mind about what others say, what they mean, requires knowing what culture someone speaks from.

Here is another incident when somebody spoke, but I understood what I understood, and 50 plus years later, in a webinar, I suddenly got what he meant, most likely.

It was my father who spoke. He said: Let go, it will end that must faster…

Given my history, I was surprised that he would say that… What I thought he meant: let them rape you and then walk away…

He said it, of course, in Hungarian, and a long long time ago.

But today I found a possible new meaning: surrender. Allow yourself to be carried.

The conversation, today, was about the Avatar State Activator audios, where if you resist, you can’t be lifted.

And we also talked about the inner spirit, that only wants that there be flying… and the spirit nudges you, maybe even pushes you… and if you resist it hurts.

You need to allow the spirit to push you.

Of course it is easier said than done. But you can learn to allow.

4 thoughts on “I Misunderstood…”