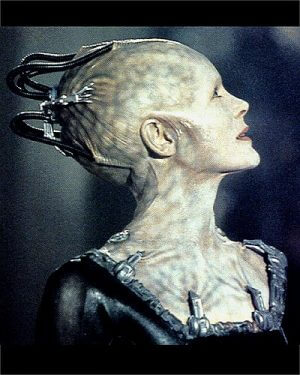 Okay. This audio is still going to be about context.

I am getting requests to help people change their context or create a new context, such that life starts turning with this new context, so what am I talking about?

Now, there are lots of memes that say half-truths. ‘It’s not what’s happening to you. It’s what you say about it that matters,’ and then you try to say something different but you still say it inside the same default context, and context is decisive.

Saying it’s a beautiful day inside the context of, “I have life by the horns” … Or, “I’m a winner” or whatever this context would be is different from it’s a beautiful day where your context is, “There’s something wrong, my life sucks, and I am forced to do this and that, and I have to and I need to and I want to. And inside that I want to put a little bit of sugar into the over-salted soup and I say it’s a nice day.” Now, how much does that little nice saying, “It’s a nice day,” do to your over-salted soup? Nothing. Not much. Not even in the moment.

Or you go to the grocery store and your context is, “I don’t have enough money. I can’t get what I want. I can only get what I have money for. I can only get what I can afford.” That’s your context, okay? And it’s invisible, because it feels like the truth, and the truth is always invisible, so you are going to have … Remember that statement. It’s not what’s happening to you, but what you say about it that makes your life the way it is, and then you say, “Well, I bought two whatever at a discount.”

I used to have a woman who drove me to shopping every Tuesday, and her claim to fame -in her own mind – was how much money she saved. Now, while she was saving money she was getting fatter and fatter, and she was starting to have pain in her knees and in her ankles and everywhere because she was eating crap.

Now, crap is, of course, cheap, so her context was, “I am poor, I’m retired, and therefore I can only afford this and this and this, but I am going to be proud of myself because I am blah, blah, blah.” Eating well is expensive, but eating less is not, so I am working on this myself. I have a limited budget. I’m like all of you, and I want to be slim and I want to be well, so I’m not going to take pride in how little money I spend. I’m going to take pride in how well I am even though I am not making a lot of money.

But what’s my context? You see, if the context were, and sometimes it is, it’s kind of my default context, “I don’t make a lot of money,” if I say, “I am well in spite of the fact that I don’t make a lot of money,” I’m not going to be very happy. Okay? You can see that, right? It’s like, “Ah, right.” It’s like you are finding the silver lining in the clouds. You know the cloud is still there, right?

Or if I change my context, which is my job, is that I am well and that is my job. No money, no little money, no what I can afford. No. I am well and it’s my job. My job is to take care of my physical and emotional well-being, and so help me god. If I’m not doing it, nobody will, and it’s a whole different ballgame, because when I am well, I can look and I can look in the mirror and say, “Hey, My God. Look at you. You’re well.” Okay?

Now, what is that prevents people from taking it seriously when they invent a new context? Remember the context piece. People are asking me to help them invent a context inside which their life a going to automatically change. Well, how credible is your word? I mean, when was it last time that your word was true, that you could trust it? You could say never, right? Or pretty much never.

You are talking all kinds of things and inside talking I even include thinking or having thoughts, so if your thoughts are not under your control and if your thoughts are considered as you thinking, you are never going to create a context that sticks even for a minute, because you are a bullshit artist and that is a big issue.

That is why I recommend that people strengthen their integrity, the normal average integrity. when I create people’s starting point measurement is between 1 and 3%, okay? So what does that say to me? It doesn’t say you don’t keep your appointments. It doesn’t say you don’t pay your bills. It says to me that you listen to the bullshit, you listen to the random thoughts or that noise that’s in your head all the time about everything. Blah, blah, blah, blah, blah, as if it were you speaking, which means there’s no you and there is no difference between something that you think and what thinks you.

The mind is a machine and it will make noise, okay? And the noise sounds like words…

So where do I teach how not to do that?

Well, I tried to do it through the Amish horse training method and it wasn’t effective. People pretty much thought that it’s enough to understand, but they didn’t do it, so I took out the big gun and started to teach it in the Playground. Now, the Playground is a year long course, and what do we do in the Playground? We are practicing one thing and one thing only. Recognize what is thinking you and what you are thinking.

But you may be thinking something useful or you may be thinking something harmful, and that you want to catch. You also want to catch the difference between what’s real, what’s actually happening without the added words. See it as distinct and separate, and sever the relationship between all that noise, all the words, and what happened, and see it for what it is and see that intrinsically and inherently all those words don’t belong.

The words don’t belong to the happening, and that is the most important thing to get every single situation, every single instance.

The culture of humans is that the words are more important than reality.

I am considering it silence because I am not paying any attention, just like you would consider standing on the shore of the ocean and you wouldn’t consider the waves noise. I mean, you may, but it’s a different noise. It’s not words, and your mind and your brain is empty and can be with the ocean without the noise or the, “Oh, it’s beautiful. Oh, it’s endless. Oh. Well, you’re going to get wet. Oh, the ocean is in danger.” All kinds of …

Well, we could say that the devil is that noise. The devil is the machine talking in your head, and you can’t tell at this point the difference between what you are thinking and what is thinking itself in the machine.

You can listen to this audio as much as you want, 24/7. Until you develop that capacity to tell those words apart, your new context will not stick, and that is why the law of attraction bullshit is bullshit. For people who can tell the difference it may work. I’ve never tried.

Well, learning it alone, it’s very difficult, because you can’t really see it, so that’s why I have a group setting. We have one hour or an hour and a half a month together as a group and then every week you talk to your partner.

You can’t trust yourself until you get to mastery. Why? Because the machine is persistent, and if you really look at your life, you are not very persistent. You are not consistent. You are like a floating leaf in the wind. Okay? So I’m going to talk more about that in upcoming podcasts. Thank you.