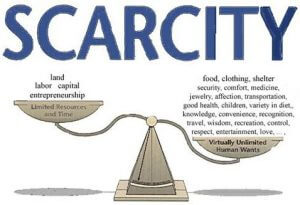 This post, this audio is a little on the choppy side, because you are witnessing me entering the invisible and making new connections, connecting some dots. Brilliant if I may say so myself… 🙂

Okay. alright, it’s Saturday. I just finished listening to today’s installment of the 5-Minute Mentor Series. This is one of the things I signed up to carry my consciousness around 360 degrees, and alter, with the help of consciousness, what it is that I do about my finances.

Why do I trust it? Because it’s done by the same person as the 67 Steps. The 67 Steps, whether it’s good or bad, it has revolutionized my life. I did all 67 for eight times. I have been doing it since February, two and a half years ago. Because of some slight lifestyle changes, I now prefer to do the five minute a day version.

So in today’s installment, Tai talks about how to pick, or unpick people we associate with. His filter is, are these people going to abuse us, use us, take advantage of us, cheat us, or not? It’s a great way to look at people.

So that led me to my starting point measurements, and the vocabulary measure, or what I call the Clarity Score. But it’s really a vocabulary score in my starting point measurements. That is an almost perfect way for me to pick who to work with. Even though the criteria is different for me than for Tai, because what I do with people is I try to take them through the straight and narrow so that they can actually grow.

So let’s look at the vocabulary score. Because it’s really a good indicator of something. So how do you know what a measure is going to show is that you watch for it to change. So recently there have been two kinds of changes in my students’ clarity score. I measure it whether they ask me to or not, because I am a mad scientist, or researcher, and I really want to know what’s going on.

So one major move is the numbers going down. What I am seeing is people narrow their cone of vision. People narrow what they are willing to look at. It’s really revealing. I don’t know if they go into fear mode, necessarily.

Sometimes I notice that they go into arrogance, arrogance mode. “I already know, I I-I-I-I-Ii.” This happens a lot with people who used to volunteer or sign up to my courses, even before I started this work.

For example, some 20-30 years ago, I had a magazine that was revolutionary at its time. I like revolutionary. I like to be a maverick, and start things that nobody really thought, or nobody did before. Why? It’s my personality.

So I was wondering about that for about 30 years. I am looking at my students now, and they do the same thing. Or if they do read my articles, they do read because I tell them that if you don’t read it, I know that you’re really not interested. So they read it to please me, or appease me. Which means they don’t read like they read before, before they signed up.

The other direction of movement is going up. So I have one student who used to be like that. Who used to be dutiful, who used to read because I was going to ask him about it. But for about two or three months now, he’s actually getting, or got access to joy. The joy of discovery.

He learned to look for patterns. So the patterns that he’s looking for are the principles. He learned that if it is true here in one area, then it must be, if it’s a real principle, it must be true everywhere. So he started to take it to other areas.

But yet, the areas where he could look were one or two, work, and maybe this work. So I suggested that he was ignorant, and he needed to learn biology. Surprisingly, he took it on, and he finds it fascinating, and he finds it nourishing, and he finds it amazing. Now he has that area to discover, which means now he looks for the principles in three areas.

Recently he added a fourth area because he has this practice where he becomes an idea generating machine. He brought
(looking for the patterns) there. So I was curious to see what happened to his vocabulary, or his clarity score. His clarity score doubled. So what does that mean? It means that

your clarity score ultimately will measure where you are willing to look, and where you have enough knowledge to look.

So it’s a two prong thing,

Now if your world is very impoverished, which is most people’s world, then you are not going to be able to discover that the world is big, or how the world works, because you have only a very narrow slice of the world to make decisions from. You are going to not amount to much. Why? Because in order to succeed in a world where there are eight billion people competing for the same thing that you’re competing for, you are going to have to have a wider field of knowledge that you can control, and where you can feed your activities from, or you’re going to be a loser.

That’s pretty much the direction the world is going. You want to know without learning. You want to have the answers without looking. That attitude gets you to have a low vocabulary score, and no knowledge, no curiosity, no anything in any other area.

One of the things that Tai teaches is to look at billionaires. There’s this billionaire called Jeff Bezos (Amazon). The way he lives is he honors only physical laws, and otherwise everything is up for grabs.

So whenever they get into a tight spot, and believe it or not, they do get into tight spots everywhere. What he says is, “We are going to invent ourselves from this mess.” What he means is exactly the opposite of what you do. Because most people, when they get into trouble, they narrow their cone of vision. They go into survival mode.

But when you want to invent yourself out of a mess, that’s what billionaires and high achievers do, they go wider. It’s counterintuitive. Your intuition is to hide, and your intuition is not your best friend.

So what they do is that they look for escape routes on a really wide range of areas, which you can only do if you have any knowledge about them.

But… You are ignorant. You have a very narrow scope of knowledge, and even that is very shallow. Which means it’s not going to help you much, okay? That’s the indication that I get from a vocabulary score, okay? This is it for today.