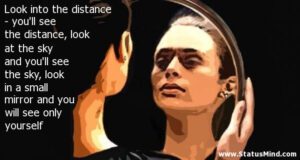 I love the joke about the guy who brings his car to the mechanic because it doesn’t work properly. The mechanic opens the hood, listens to the motor running, goes to his toolbox, picks out a big hammer and hits the motor, and voila the noise stops.

I hope I am that mechanic.

All the problems are invisible to the naked eye, maybe even to an X-ray machine! So it’s taken me seven years to learn where to hit… $1… learning it, a lifetime of experience and expensive learning: $499. 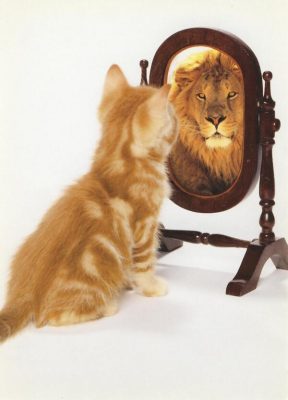 The sticky part for 91% of all the issues is the about you measure, #11 in the Starting Point Measurements. 2

Depending on that number, a large part of your cone of vision is occupied by you, yourself, so you can see mighty little of reality, mighty little of what is happening in the real world, for other people on whom your well-being depends, so you are simple rendered blind or sight-impaired, while you think you see everything.

One of the areas this shows up in is a fundamental human need: meeting the expectations of others. If you get that wrong, your life will be bad.

But you are never told by other people what they expect of you, or rarely.

I asked five women on a recent Playground session if they ever told their children what you expect of them… and there was a unanimous “no, never” answer.

Then I asked if their parents ever told them what they expected of them: the same no answer.

So your children, you, are left to your own devices, watch for signs of approval and disapproval, largely oblivious that they may be having an upset stomach, or just remembered an argument, and the facial expression has nothing to do with you. Or the yelling, or sending you off to your grandmother… threatening you, or leaving you to sort it out in the street.

And then you live your life out of the wrong signals, desperately hoping that they won’t ostracize you, won’t abandon you, won’t throw you in the lion’s den.

This concern blocks your view of reality, and have one foot nailed to the floorboard… so you are screwed royally.

When people come to me to be trained, the first thing I notice is that they can’t tell, can’t recognize a principle, tell it apart from b.s. or some made up meme.

If you can’t see/hear the context, the principle, your vibration cannot be high, because you are interfacing with untruth, and your actions, and what you see will be limited to what you can see from a low vibration level in life.

I have a student who is always in self-protection mode, self-importance mode, so his vibration has been 100… very very very low.

Then I asked him to switch where he looks:

with regards to your father: before you talk to anyone, you ALWAYS have to set the context carefully… weighing what context will support the other person, not you.

You have been only considering context for yourself, and haven’t considered it for another: now your full time job is to consider the context for others, and if you didn’t, see what damage it’s caused.

And one thing: make sure you acknowledge the source of your knowledge, power, instead of saying: I did it myself, make sure that there is more from the knowledge/power came from and it won’t stop.

A lot of people don’t acknowledge source, and the real source of power dries out… it has happened to me, and I have seen it happen a lot.

both quotes say: look at somewhere other than where you normally look, yourself.

he reported a day later:

I’d like to acknowledge source: it wouldn’t have happened without Sophie’s recommendations and my talking to my accountability partner, or if I didn’t put some energy into it every day. Also, I wouldn’t have seen this if I didn’t look at the comments and struggle to get the answer to one of the questions there.

If you read his answer carefully, keeping the principle I gave him in mind, he gave about 30% credit to me and his accountability partner, and 70% to himself, so he didn’t do much of what I asked… he didn’t quite get the principle as a principle, he still had himself occupy almost his entire cone of vision (70%).

And yet, that little still quite stingy bit he was willing to give, raised his vibration from 100 to 130… and that level is still holding, just checked. And his about me measure dropped to 40%.

Obviously it is still high…

Truth be told nothing is about you in life.

No one cares, no one even notices you are there… The number should be under 10%. Mine is 4%.

So there you have it. I now know, and you can know too, I just told you, where to hit with the hammer… so your life can start humming with life… instead of noise.

The exercises I give you remove the concern, remove the nail from your foot, and you can be up and running, dancing away… experiencing life, choice, and freedom.

No other methodology can do this… and, of course, that other type of methodology is all you can find. ‘Change beliefs…’ type of stuff… not worth the price of the paper it is written on.

Want to know your numbers?